Mention the word safari to someone who has never been and what comes to mind: The Lion King, a land of open–tree dotted savannahs; granite boulders or kopjes emerging out of the vast plains, mega–herds of migrating herbivores; and, of course, Africa’s great cats surveying their kingdom for the next meal or opportunity. Well the good news is that – for those who were inspired by the Disney classic – the makers of the film didn’t just conjure up the setting: the place depicted in the movie place actually exists, and that place is Kenya. 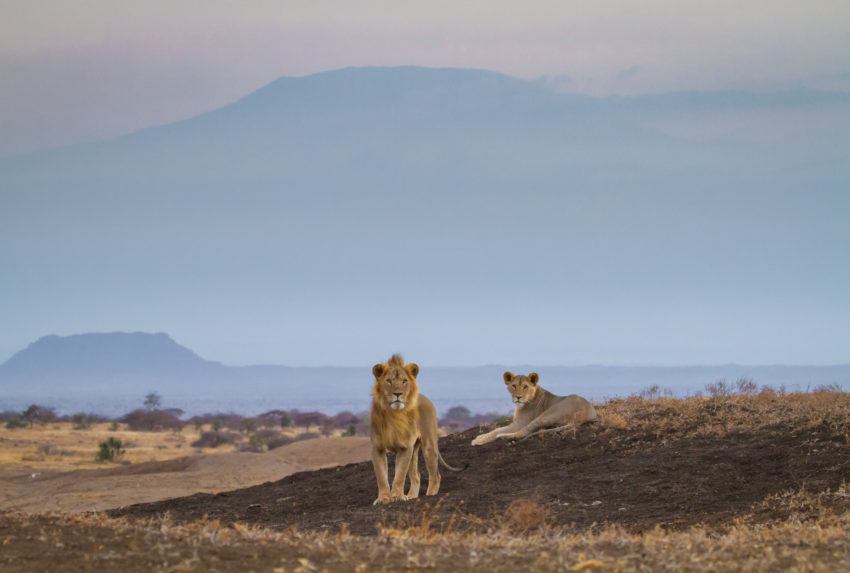 There are a few absolute essentials on the first-time safari goers list. Number one, you want to see African mammals, and in particular the famous ones. The population of large predators is at its greatest on the plains and you will want to position yourself in the Maasai Mara for this. Lion, leopard, cheetah, hyena, jackal, serval and caracal are among the specialist hunters that can be found here. Set up base at the likes of Richards River Camp or Cottars Camp and you are in the hot zone for great interaction with many of these creatures. As clichéd as it may sound, often the first thing someone wants to see is a lion, and why not: it’s almost a rite of passage into the world of safari. 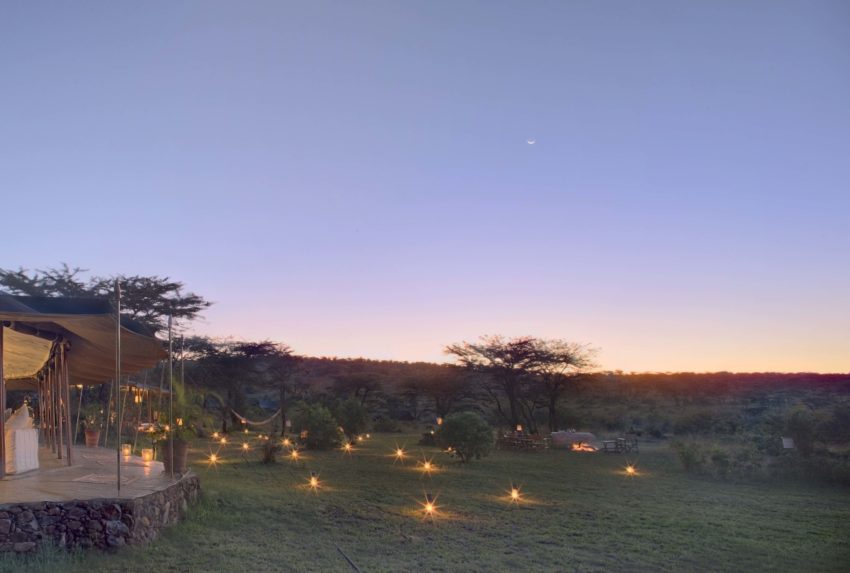 In the name of the mega-herd

Massive herds of animals are another great spectacle that Kenya is famous for. The great migration passes through the Maasai Mara each year, where almost 1.5 million wildebeest seek out new pastures and head to Kenya’s nutrient rich plains in a cycle that never ends – and hopefully never will. Good to remember, though, that just because the migration comes and goes, resident wildlife does not, and there are plenty of elephant, topi, zebra, buffalo and smaller antelope to satisfy your curiosity. In fact, out–of–migration time is a lot quieter with vehicle traffic, and allows more rewarding encounters with a larger variety of wildlife. It’s a great time to visit. 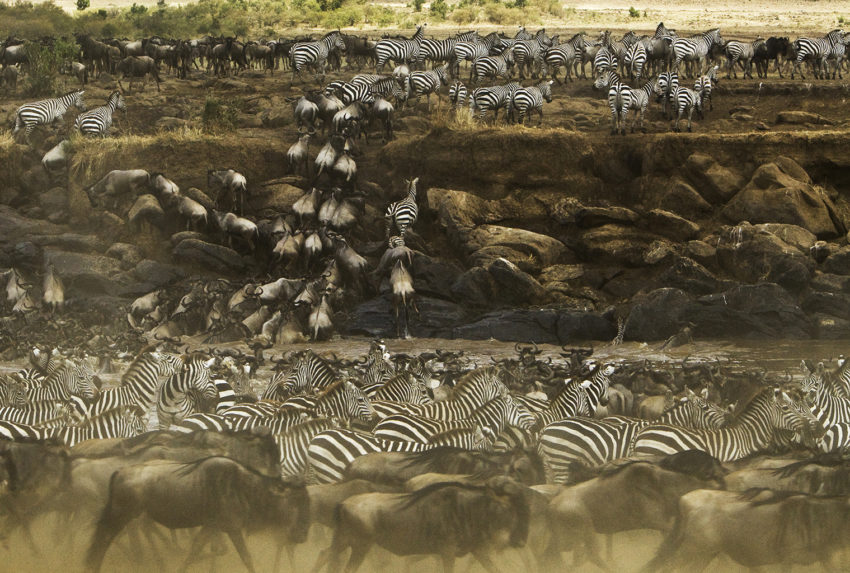 A beautiful and meaningful backdrop

The next thing we want to see on our first safari is landscapes. Africa is so unique and has masses of space, something many of us city dwellers are not used to. The sheer diversity of habitats is astounding, and it is here that the likes of Amboseli excel – classic savannah, but with the grand backdrop of Mt Kilimanjaro filling your view. A stay at somewhere like Ol Donyo will not only satisfy the first timer’s quest for quintessential landscape, but also introduce you to the need for community and conservation to join forces. It’s here that efforts are being made to reduce human-wildlife conflict – in particular human-lion conflict. A great example of this is the Great Plains Foundation, which is working with local Maasai to create an understanding of the value of lions, of tourism, and of conservation – and their benefit to the community. 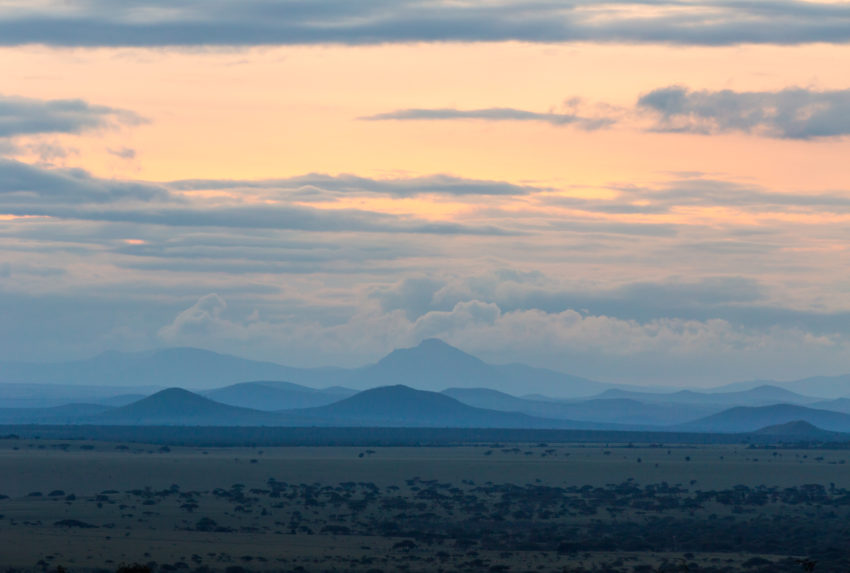 Hosted by the best in the business

When speaking of community, Kenya has some of the most fascinating and well–known traditional communities in Africa. Interactions with the Maasai are guaranteed as many of them are guides in the lodges and many camps offer a genuine – culturally respectful –  view into their lives and villages. The Samburu in the northern frontier of the country are famous for their elaborate headdresses and singing wells, to which they bring their livestock to drink, using unique melodies. Pair this up with the myriad of activities you can do at Sarara Camp – camel trekking, fly camping, walking safari, ATV safaris and scenic flights in a helicopter – and you have an all-encompassing journey. 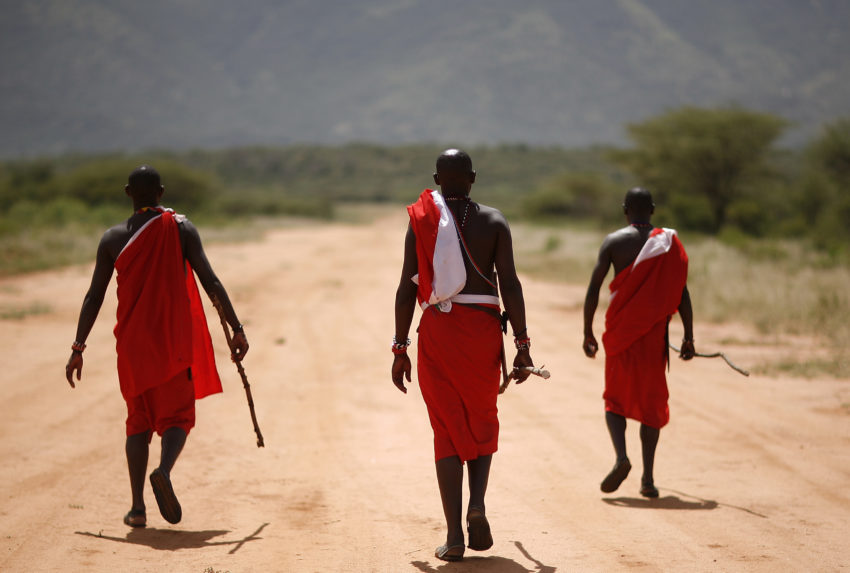 For the first-timer, Kenya is what you might call Safari 101, and forms one of the most enticing introductions to the world of safari. I’ve been fortunate enough to have spent the last two decades working as a guide and in other capacities across Africa, and nowhere delivers with the immediacy and ease as Kenya. It’s a win-win: a guaranteed excellent safari experience and a wealth of knowledge regarding the massive amount of thinking and dedication needed to protect these areas for future generations.

If you or a member of your group are thinking of travelling to Africa for the first time, and Chris’s account of Kenya has got you thinking, then please do get in touch. We’d love to help.