Located in Kajiado District, Rift Valley Province, Amboseli National Park is at the centre of an 8000 sq km ecosystem that includes the Chyulu Hills and Taita, and extends across the border into Tanzania.

Just 260 km south of Nairobi, Amboseli itself covers just 400 sq km, and, given its desert-like complexion, appears incapable of supporting anything but the most specialist of animals – its name derives from the Masaai word Empusei, which means ‘salty, dry place.’ In fact, due to the closeness of Kilimanjaro, whose snow and ice melt resurfaces in two springs (there are 5 in total), the exact opposite is true, and the area is teeming with life. 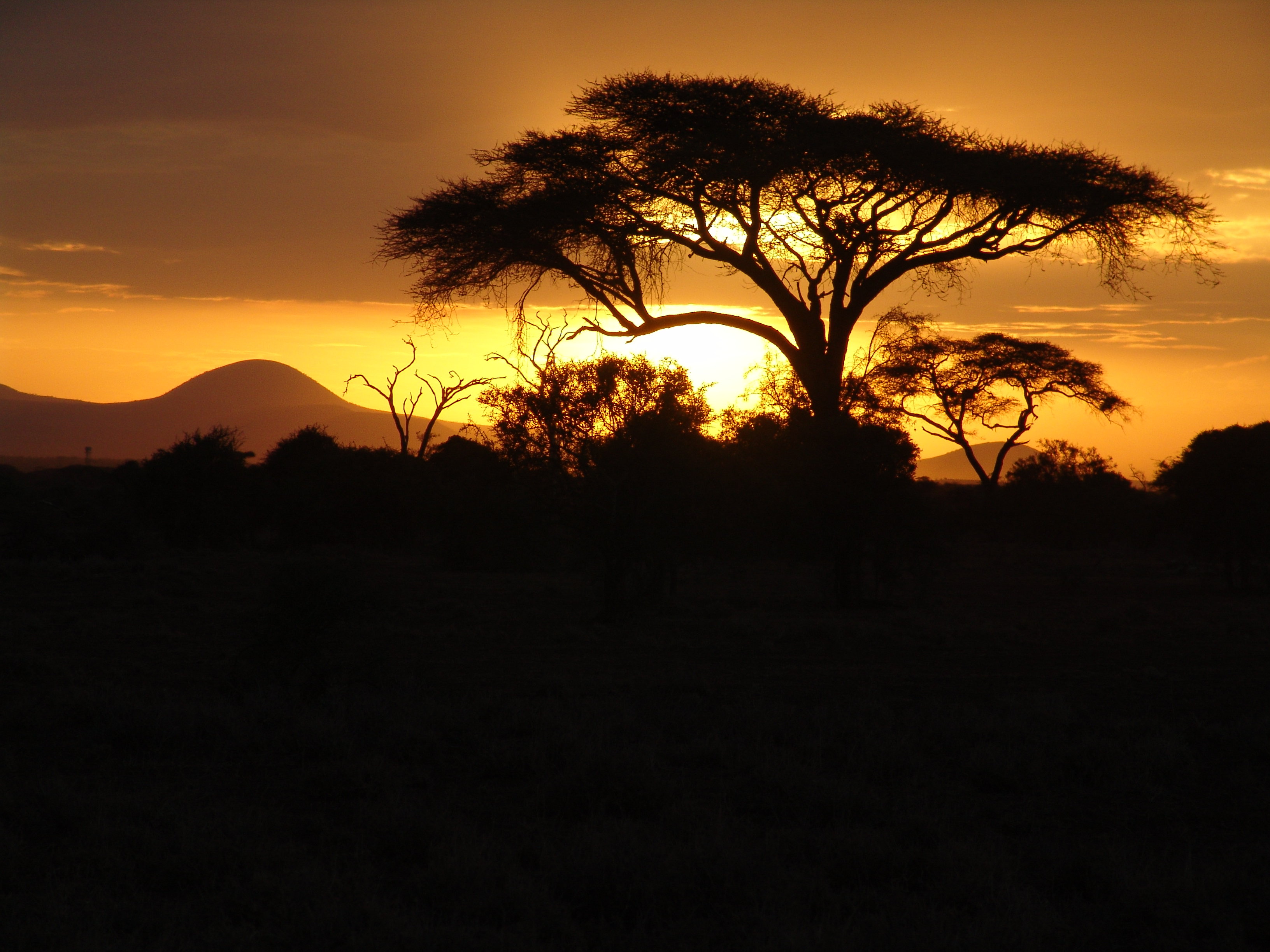 The groundwater is relatively close to the surface, causing the plains to be broken up by sudden eruptions of green. A swamp habitat has evolved around the springs, attracting wildebeest, hippo, impala, buffalo, zebra, leopard, lion, cheetah and wild dog. If anything, Amboseli National Park is best known for its enormous (and growing) population of elephants, and is considered one of the best places to film elephant in the wild. Bird-wise, the area is reported to hold over 600 species, including two types of falcon and a variety of kingfisher.

Chyulu National Park, while less known, and quite different, is an equally beautiful spot. Consisting mainly of volcanic cones, and containing the world’s largest lava tube, it relies wholly on the rains for water, which go on (as groundwater) to supply the plains below. It is home to buffalo, eland, bushbuck, elephant, leopard, wildebeest and zebra.

Situated in the Taita-Tavita district, Taita is largely composed of its hills, which rise to a height of approximately 2.200m. The area varies ecologically, the different habitats formed in response to the varying levels of rainfall. The lowlands get as little as 500mm per year, and the highlands receive three times as much. As a result, around Voi, a town straddling the Mombasa Rd, the land is mainly plains, while the Taita Hills are home to indigenous cloud forests. 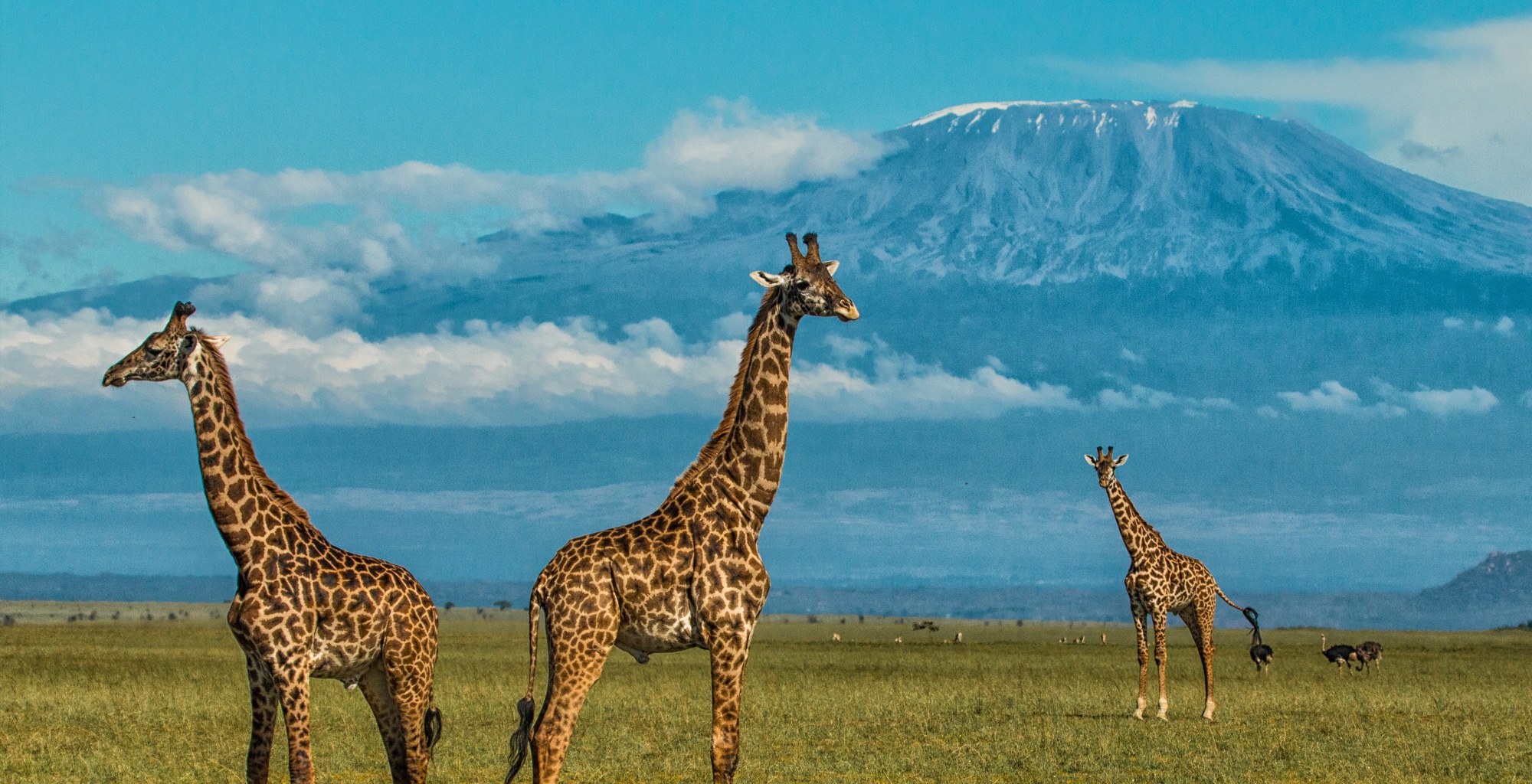 Though all of outstanding beauty, the areas are not without their problems. The land is largely Masaai, whose population has grown exponentially in the last forty years. In Amboseli and its surrounding Masaai-run ranches, the need for more land has forced wildlife out, resulting in a decline of crucial species of herbivore (the white rhino, for example). This loss has impacted on the area’s flora. Plants eaten by species of now absent wildlife flourish at the expense of those eaten by cattle, sheep and goats, whose diminishing stocks have been further affected by over-grazing.

The end result is an impoverished ecosystem: the cattle are weak and disease-ridden, the Masaai are struggling to survive, and the area’s wildlife is in decline (for the first time). The situation in Taita is slightly different. Here the land is rich in nutrients, and population growth (especially in the hills, where it is exceptionally dense) has resulted in deforestation, loss of water and soil erosion.

Clearly, in both circumstances, the region is best served by sustainable tourism, and by the knowledge that traditional ways of life are guaranteed (rather than obstructed) by healthy wildlife populations.

To find out more about travel to Amboseli National Park, the Chyulu Hills and Taita and to arrange your tailor-made trip, get in touch with us today.