You’ve probably heard of a black rhino. I expect a giant panda too. I’m sure you know what a polar bear looks like. I’m certain you could picture a herd of African elephants. What about an arboreal splayfoot salamander or an Alaotran gentle lemur or a Be’er sheva fringe-fingered lizard? Before looking them up, I didn’t know they existed.

This shouldn’t surprise. The likes of  Save The Rhino, Greenpeace and WWF do a lot more than save rhinos, polar-bears, and pandas. Their ongoing success relies on strategies designed to highlight a small number of flagship species, which raise the profiles of and support for those species, and at the same time quietly underpin the charities’ work with much less well-known endangered species.

I completely understand the rationale. A charity’s effectiveness is diluted by campaigns exercised on the behalf of all the animals it supports. The recent extinction of the beaverpond marstonia or the Christmas Island pipistrel or Lister’s gecko last year necessarily remain little known facts; the death two weeks ago of Sudan, the very last northern white rhino, necessarily makes sustained international news.

However, while understanding all this, it doesn’t feel good. Call me naïve, but I’d love for all endangered species to receive the attention they deserve, which is why I’d like to draw your attention to Edge of Existence, a programme that champions some of the lesser-known endangered species of fauna, and in particular to a handful of African species. From the top, my favourites: 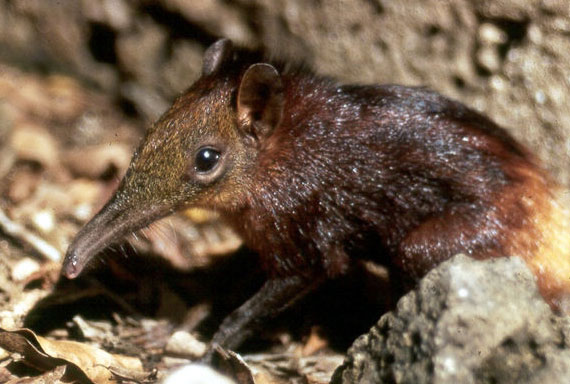 Found only in the Amber Forest Reserve in the north of Madagascar, the desperate leaf chameleon is named depressingly after the bleak outlook for the future of this critically endangered species. Growing up to 3cm long from snout to vent, desperate leaf chameleons spend most of their time roosting in low leaves of rainforest vegetation protecting the two comparatively giant eggs they lay at a time. Despite its home being a protected area, habitat loss through logging means that if this continues it is unlikely to survive. Its population size is unknown. 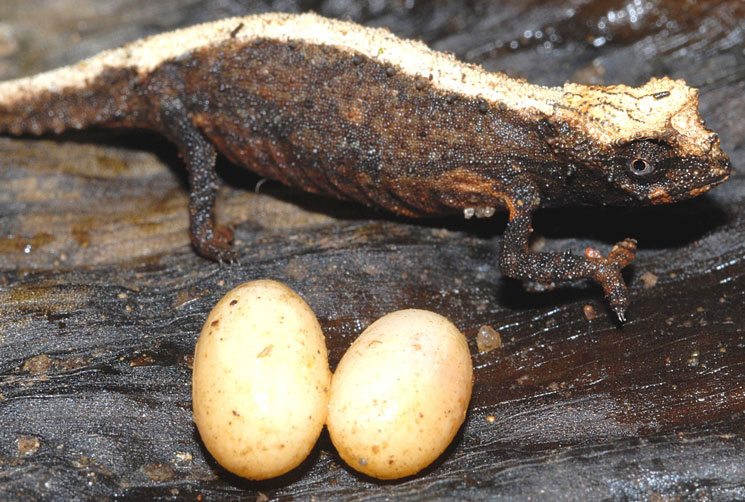 Ranging from between Lake Tanganyika in Tanzania in the east and Gambia in the west, the West African slender snouted crocodile can be found basking on lakeshores and feeds on fish, crustaceans and amphibians. The distributional range of this species may seem wide, but it was actually recently discovered that whilst they look very similar to the slender snouted crocodiles of central Africa, they are in fact a completely distinct species, lessening both their ranges significantly (species is defined a group of organisms that can interbreed to produce fertile offspring). Recent studies have shown that those of central Africa diverged away from those of west Africa as long as eight million years ago, around the same time that humans and chimpanzees last shared a common ancestor. Their population size is somewhere 1000 – 20,000. 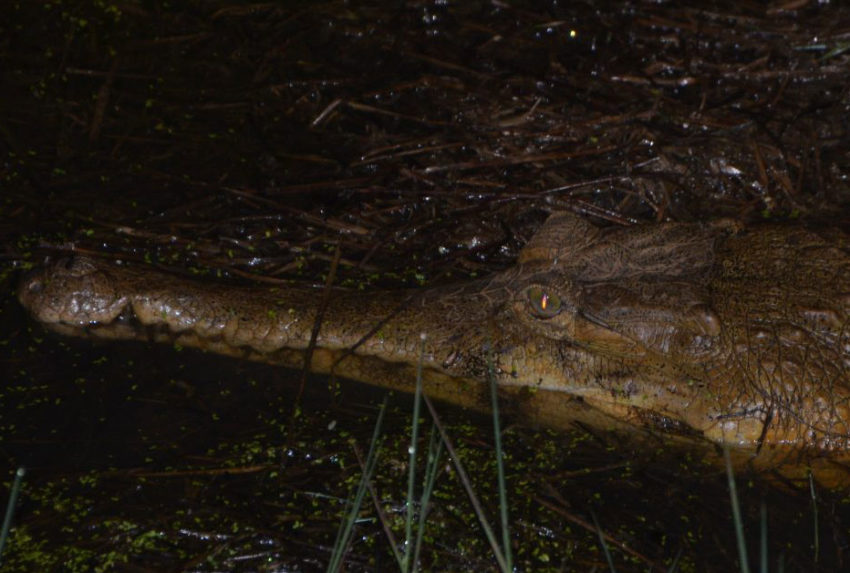 Named after its disproportionately large head, the Madagascar big-headed turtle is endemic to the island and can be found inhabiting lowland waterways and wetlands, feeding on molluscs and plants and scavenging dead animals. This turtle is the only surviving species in its genus and therefore sits alone on the evolutionary tree of life, its branch stretching back 80 million years to the cretaceous period (the third geological age of the dinosaurs). The population size is around 10,000. 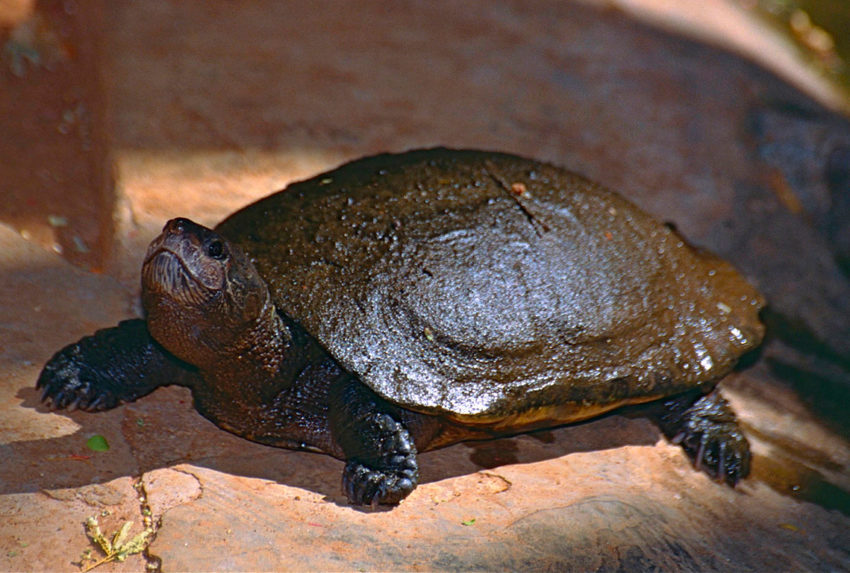 Found in a few scattered populations throughout Somaliland and believed to be the ancestor of what is now the domestic donkey, the African wild ass is a hardy creature well suited to the harsh climates of The Horn’s arid deserts, with the ability to sustain a water loss of up to 30% of its body weight. Unfortunately, the wild ass has plummeted in numbers in recent years due to hunting for bush meat and traditional medicine, competition with livestock and hybridization with domestic donkeys, putting their population size at less than 600. 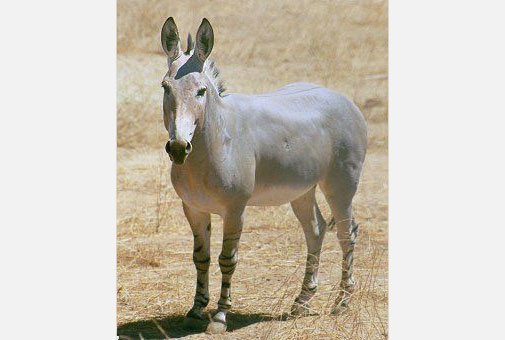 Very little is known about the Mount Kahuzi climbing mouse given the fact that all knowledge of this creature has been obtained from two specimens, and every survey that has aimed to learn more and measure its population size have failed. What this does tell us is that it’s most likely extremely rare with a very narrow range (limited to the threatened montane forest of the Kahuzi-Biega National Park in the Kivu Region of east DRC). Due to illegal logging and threat of fires on its narrow habitat, the Mount Kahuzi climbing mouse is listed as critically endangered by IUCN Red List of Threatened species. 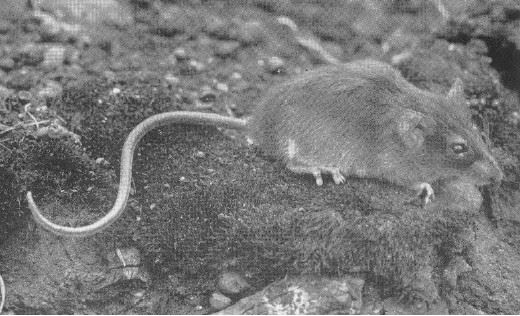 Otherwise known as Hunter’s hartebeest, much like the Madagascar big-headed turtle, the hirola is the only known species in its genus and because of this is often referred to as a living fossil. Its home is around the Kenya-Somali boarder and inhabits anything from open grassland to wooded savannah with low shrubs. It is mainly a grazer and has been observed to be water independent (obtains most of its water from food rather than drinking). Some Somali communities regard the hirola with spiritual reverence and associate its presence with the health of their cattle. Despite this, the pressures that the hirola is subjected to such as urban development, livestock competition and climate change have severely affected the population size, making it the rarest and most endangered antelope with around 400 left. 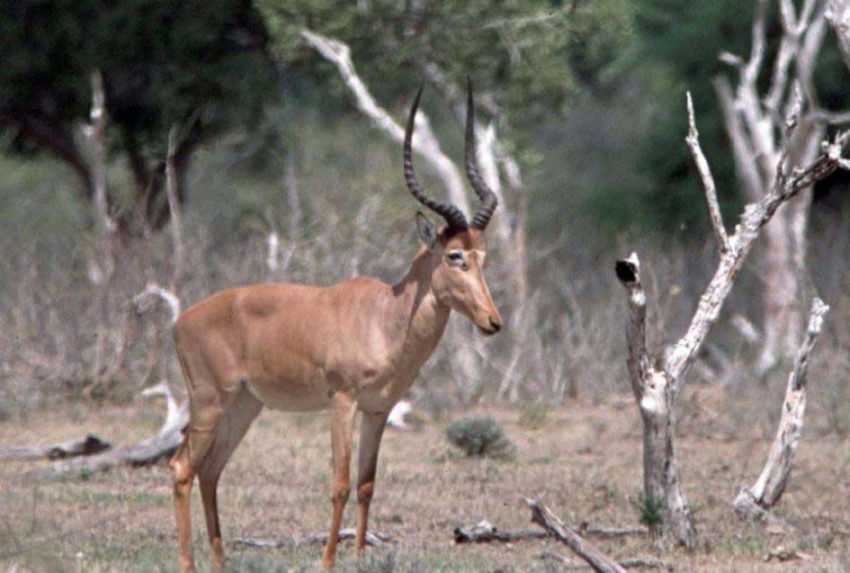 Similar to many deep-sea fish or those that live deep under the earth in subterranean lakes, the Madagascar blindsnake has lost the use of its eyes, presumably making it able to burrow more effectively, being less susceptible to eye infections and retaining the meagre amount of energy available underground for more useful things than seeing. First described in 1905, the Madagascar blindsnake remained a mystery until it was re-discovered a century later. Now the only species in its genus, it is thought to have diverged on the ecological tree of life from other organisms about 65 million years ago – around the time the dinosaurs went extinct. The Madagascar blind snake is highly endemic and unfortunately, since it’s thought to cover an area of just 10 square kilometres in an unprotected area, logging for timber and charcoal and cattle grazing has put this species as critically endangered on the IUCN Red List. The population size is unknown.

In summary, whilst many significant charities promote a flagship species, they are in actual fact doing much under the surface for those that are less known. Many species are being discovered all the time. In 2017 alone, researchers at the California Academy of Sciences added 85 new plant and animal species to the ecological tree of life. This doesn’t, however, mean we are somehow offsetting the number of species going extinct by the number we are discovering. Much like the Madagascar blind snake, these newly discovered species will have evolved over millions of years. There are a finite number, each fulfilling some rare niche within its delicately balanced ecosystem. Let’s do our best to preserve them with what little time each of us have here.

A note on classification

All living organisms can be classified roughly by the following: Kingdom, phylum, class, order, family, genus, species. NB: some systems add ‘domain’ before kingdom and some groups fall within ‘superphylums’ or ‘subfamilies’, but for the sake of this brief lesson I will stick to the aforementioned seven. Let’s dive in.

There are six different kingdoms: Archaebacteria, Eubacteria, Protista, Fungi, Plantae, and Animalia. If we take the last as example, then:

So, there you go. Apologies for the lesson. No apologies, however, for the highlighting of Africa’s lesser known endangered species. Do have a look at Edge of Existence. It’s excellent, and if so excellent as to persuade you of the virtues of travelling to the parts of Africa in the name of many of the species it mentions, then please do get in touch. We’d love to chat.