Eritrea is situated to the north of Ethiopia, has a population of nearly 6 million, and covers 45,406 square miles. A viable destination since the end of hostilities with Ethiopia, it is similarly characterised by significant highlands, escarpments and areas of lowlands. Unlike its old foe, however, it also possesses a gloriously untouched coastline, one marked by an archipelago consisting of some 126 islands. As well as its islands, Eritrea possesses beautiful cities, relatively unexplored wildlife destinations, and a real sense of hospitality, its many different cultures superbly welcoming to visitors. 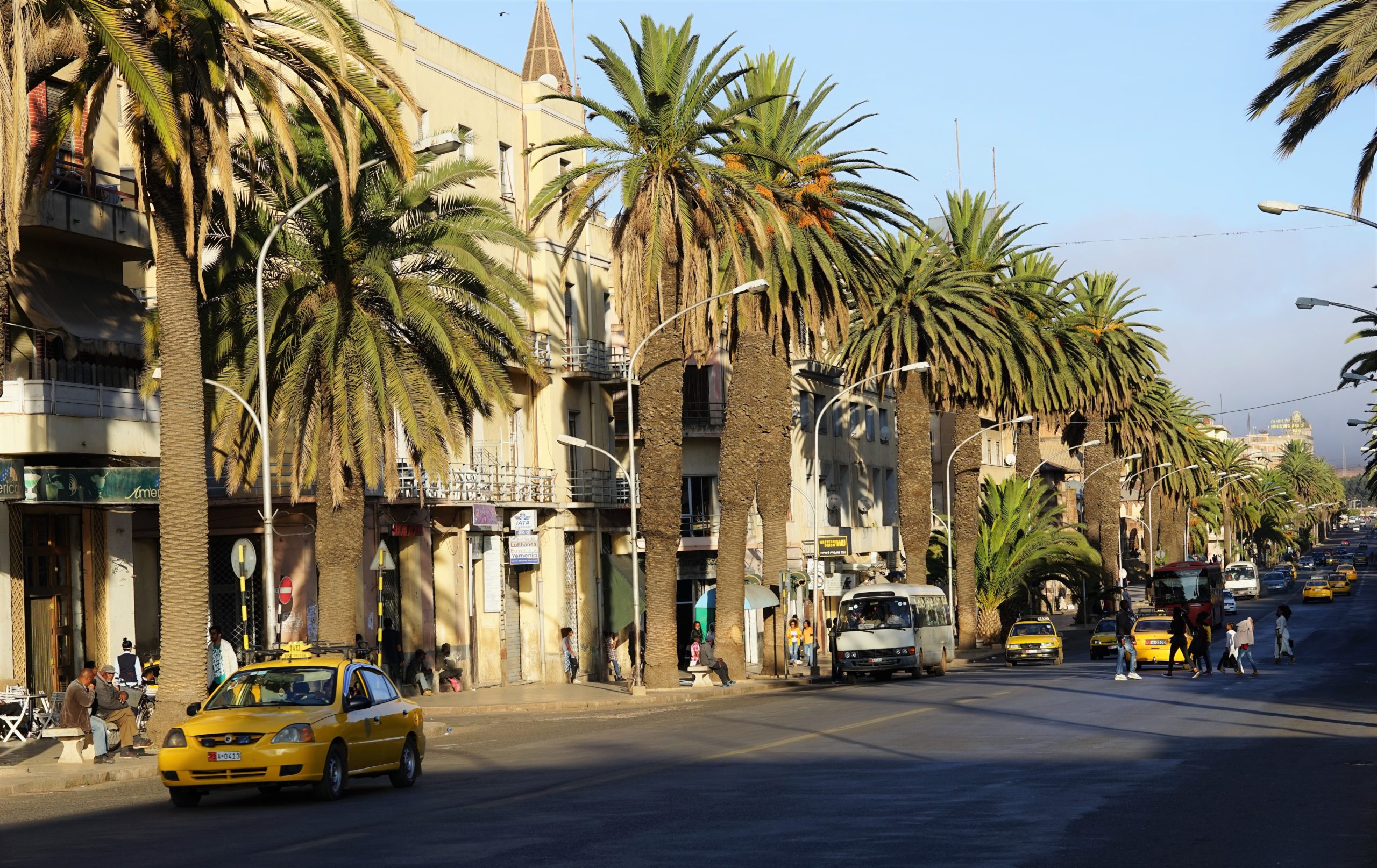 The country is subject to Eritrea’s three geographical zones: the tropical western lowlands, the temperate central highlands, and the arid eastern lowlands and coastal plain and islands. Aside from these different zones making for great diversity in landscapes throughout the country, they have also been contributing factors to its history. Indeed, one such example is the capital city of Asmara, which invading Italians deemed to have a perfect climate, not dissimilar to southern Italy.

Like Ethiopia and much of eastern Africa, Eritrea is home to prehistory man. A hominid fossil found in Buya in 1995 has since been dated to around one million years ago. Subsequent fossils of stone and obsidian tools were found by an Eritrean palaeontological team that some experts have since hypothesised could be evidence for one of the routes used by early hominids to colonise parts of the Asiatic Old World. 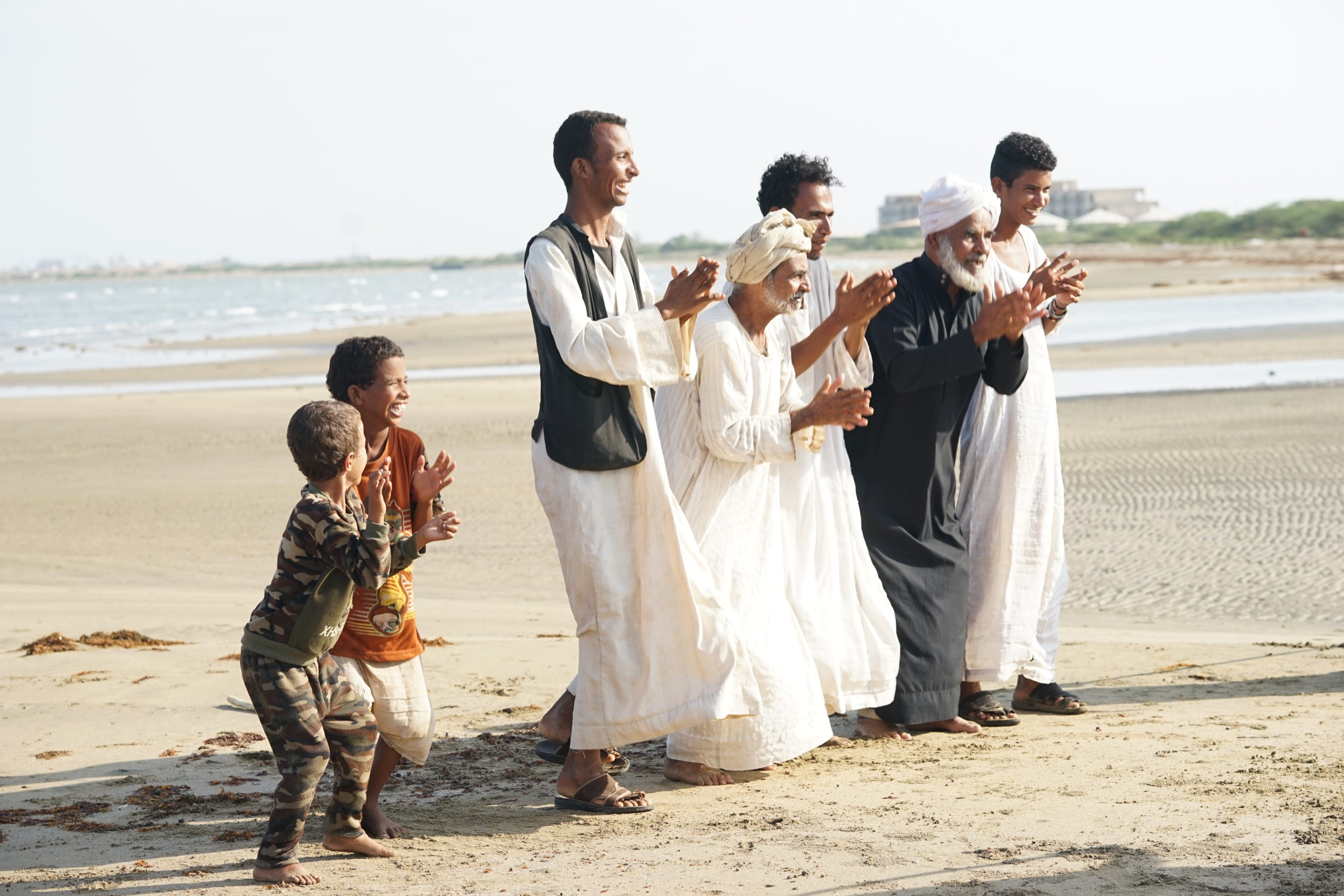 Rashaida on the Red Sea coast © Will Jones

Over many millennia, various fishing villages and semi-nomadic pastoralists settled on the coast and inland respectively. Nilotic, Hamitic and Semitic people migrating across Africa began to settle here and intermingled. Of course, as well as resulting in the trading of goods, it also caused the sharing of ideas and beliefs. New skills were acquired, new languages began developing, some still spoken to this day, and large civilisations developed.

Around three thousand years ago, the kingdom of Aksum (or Axum) was founded by, legend has it, the great, great-grandson of Moses. Whatever the truth, it was, from the perspective of building empires, in a hugely advantageous spot, and would eventually stretch from Tigray in modern-day Ethiopia, across what is now Eritrea, to the coast and over the Red Sea to the southern tip of Yemen. It became one of the main powers of the ancient world.

Over the next couple of millennia, many people groups, creeds and religions contributed to the blend of culture in modern-day Eritrea. Christianity played a part in the kingdom of Aksum, before its demise in the 7th century, when Muslim traders began migrating to the Dahlak Archipelago and to the mainland in Massawa. Over the next few centuries, Massawa on the coast would be the staging ground for much commerce, including the eastern slave and spice trades.

To this day, much of the Arab influence established over the next few hundred years can be seen, including in local beliefs and customs. The Turks arrived in the 16th century and Massawa became a port for the next 300 years in the Ottoman trading routes. The Egyptians had a comparatively brief reign here in the 19th century. In 1876, the Ethiopian King Yohannes defeated the Egyptians at Adi Quala in what is now southern Eritrea.

In 1882 the Italian government set up a permanent garrison in Massawa and slowly began expanding westward. Eritrea was at the time part of Ethiopia, and Yohannes decided to wage war on them. While unsuccessful, Menelik II, his successor to the throne, resoundingly beat the Italians at the famous Battle of Adwa in 1896. The Italians retreated to Eritrea, which became an Italian colony and a separate territory for the first time.

The last hundred years of Eritrean history have been tumultuous. Eritrea firmly in the hands of the Italians, Italy began trying to make headway into Ethiopia again during the Second World War, where they held on for 5 years. The British stepped in, put Halie Selassie back on the throne, who, as well as kicking the Italians out, united Eritrea and Ethiopia once again, albeit to the detriment of a now fiercely independent Eritrea. The Italians have left a legacy of roads, railways, bridges and tunnels, not to mention some extraordinarily beautiful examples of modernist architecture. 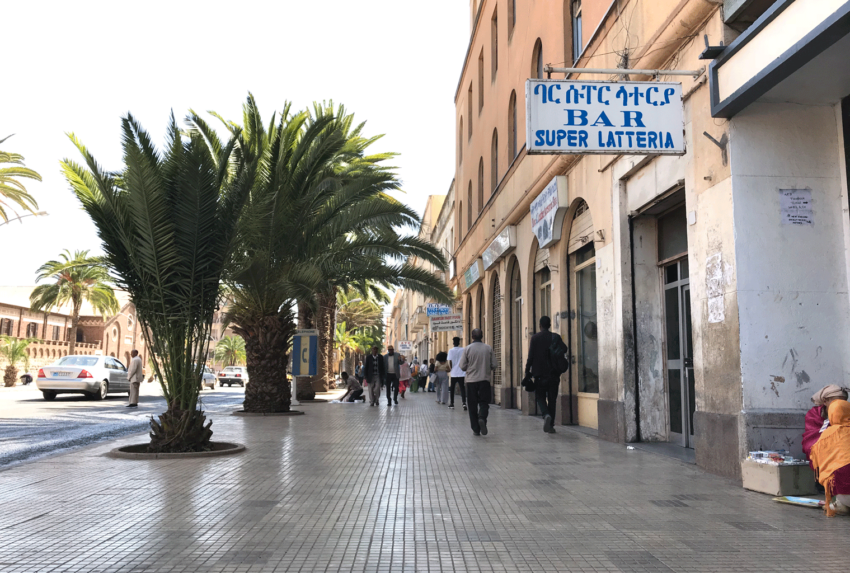 Haile Selassie reneged on his promise to give an independence referendum to Eritrea. Instead, his government illegally annexed Eritrea. A war of independence ensued, in which blanket bombings, massacres and abductions by Ethiopia’s Imperial Army in Eritrea took place. Various Eritrean rebel groups formed. Many parties, including the Soviet Union, Syria, the USA, Iraq and Britain played roles in the eventual independence of Eritrea, which was won in 1993. A staggering 99.83% of Eritreans voted for independence.

Given the history, hostilities with Ethiopia continued over the next few decades and war broke out again in a border war over the town of Badme, where many soldiers lost their lives. A pointless war waged over the tiniest piece of land, it has been described as two bald men fighting over a comb. At the end of 2018, a progressive, young Oromian-Ethiopian took on leadership of Ethiopia. One of his first acts of which was to re-initiate peace talks, which were successful and led to the end of Eritrea-Ethiopia hostilities.

Since 1960, Eritrea has been a leading refugee source country and despite gaining independence in 1993, the young population have continued to emigrate to neighbouring countries and Europe in search of better job and education opportunities. According to statistics presented by the European Parliament, between 2009 and 2013, the circa 30,000 victims of trafficking in the Sinai Desert is estimated to be 90% Eritrean. Despite the hardships endured by the people of Eritrea, according to the Central Intelligence Agency, the adult literacy rate has vastly improved over the last 20 years due to an injection of adult education programmes and as of 2015 was estimated to be 74% and rising.

The UN has sometimes criticised the Eritrean government on a number of fronts, not least of all for its resolutely independent attitude when this has resulted in refusal to partake in foreign exchange and aid, given that in past times of drought that there has not been enough food for the population to live on. However, the end of hostilities between Ethiopia and Eritrea and being easier to access from a tourism perspective will undoubtedly bring much-needed revenue into the country’s economy.

To find out more about our safaris to Eritrea, please do get in touch.