Just a quick update on Zimbabwe, now that Robert Mugabe is gone and his ZANU-PF successor Emmerson Mnangagwa has been sworn in as the country’s second president.

Things have not gone well. Yet to appoint his cabinet, Mnangagwa’s election victory was marred by violence and claims of electoral vote rigging. Six people were shot dead the day following elections. Security forces were particularly heavy handed in the aftermath. Opposition activists were arrested, and there were multiple reports of police brutality. A rejected claim of electoral vote rigging filed by the defeated Movement for Democratic Change (MDC) with the Constitutional Court delayed Mnangagwa’s inauguration, which finally took place last weekend.

While Zimbabwe’s highest court has made its decision, against which there is no appeal, independent observers remain split over concerns as to the fairness of the elections. The African Union and Southern African Development Community were – at the time – persuaded of its fairness. The International Republic Institute and the National Democratic Institute are not. The European Union stands by its removing of sanctions against all but Mugabe and his wife Grace. America, on the other hand, has renewed sanctions in the form of the Zimbabwe Democracy and Economic Recovery Amendment Act (ZIDERA), an act which includes retaining restrictions on Mnangagwa himself.

If asked, no doubt Mnangagwa would prefer things to have gone differently. When Mugabe was ousted last year, it was as a result of Mnangagwa’s own dismissal, which acted as a catalyst for the coup. Managing to get Mugabe to voluntarily resign was considered something of a masterstroke, avoiding the reflex international retribution that usually accompanies the undemocratic removal of heads of state, however undemocratically elected they might be. Despite his past, and the fact that he was for so long a major support for Mugabe, Mnangagwa’s promises of wholesale change saw his popularity rocket, the belief being that he heralded a new era.

It was to be the shortest of honeymoons. Mnangagwa’s failure to appoint an interim cabinet consisting of anything but the old guard resulted in elections that saw him narrowly escape a run-off against MDC’s Nelson Chamisa. The accusations of vote rigging, the subsequent deaths, and the seemingly unchanged policy with regards to how the state apparatus deals with dissent, has done little to persuade the key international player America – and therefore the International Monetary Fund – that Mnangagwa is going to be able to fulfil his promises.

This being the case, any economic recovery made over the last two years looks vulnerable. The country’s lack of formal accountability, its weak domestic demand, relatively huge public debts, and low levels of investor confidence, means Zimbabwe remains in the throes of a liquidity crisis. Legal tender is so-called bond notes, which are pegged against the US and not Zimbabwean dollar. Real GDP, says a report by the African Economic Outlook, ‘is subdued’, the Mugabe-is-actually-gone boost that resulted in a rise ‘to an estimated 2.9% in 2017’ falling to a ‘projected’ 0.9% in 2019. Not good.

Still, we have to remain hopeful. Zimbabwe possesses enormous potential, its latent agricultural and mineral resources significant.It’s a spectacularly beautiful country and tourism figures are very much on the up and up. As the temporary rise in investor confidence following Mugabe’s going shows, things can change, and change quickly. The proof of the pudding will come with the appointment of the new cabinet. Some argue that if Mnangagwa can fight off traditional ZANU-PF interests, and appoint a young, capable, and, even, cross-party cabinet, one prepared to introduce the much needed reforms, then Zimbabwe stands, they say, a chance of putting the Mugabe years behind it. I hope they’re right. The people of Zimbabwe deserve it.

Travel advice to Zimbabwe remains positive, with the US State Department designating the country a Level 2 Exercise Increased Caution destination, a score it shares with the likes of Brazil, Germany and Kenya. 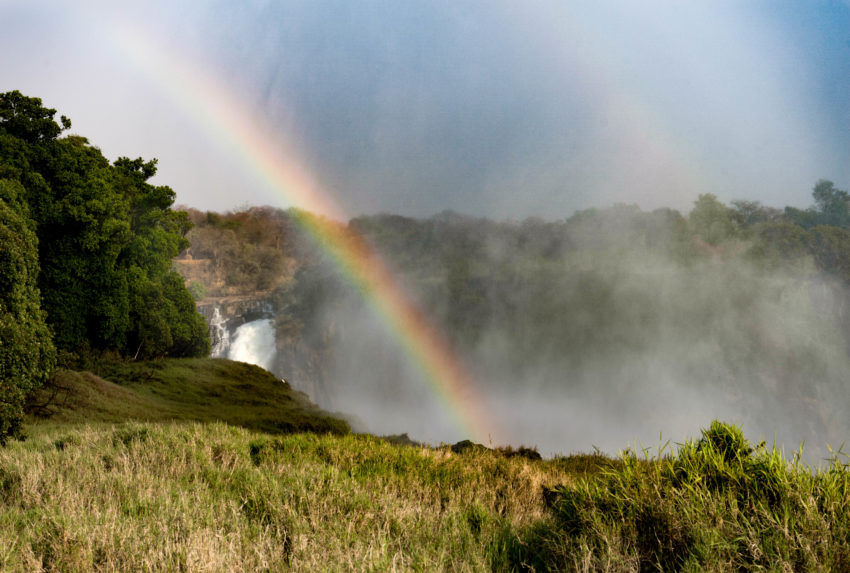