After seeing elephants, hippos, crocodiles, zebras and an array of other stunning wildlife from the safety of a safari jeep or motorboat in Mana Pools National Park, Zimbabwe, I didn’t think we could get much closer to the animals. That is, until we went canoeing down the Zambezi River.

On the drive to the river, we spotted a pack of African Wild (Painted) Dogs snoozing in a furry pile under a tree. We stopped the vehicle and our guide King told us to keep low and walk stealthily in single file to watch from the safety of a tree a few metres away. As we crouched behind the trunk, it was clear the dogs were well aware of our presence, but continued to go about their morning nap undisturbed. With less than an estimated 5,000 remaining in the wild, they are among Africa’s most endangered carnivores. A rare sighting indeed.

Joined by a Swiss couple also staying at Zambezi Expeditions, our group of nine arrived at the gently lapping shores of the fourth-longest river in the world. Our main guide Cloud gave us rowing instructions and briefed us on what to do should we encounter any dangerous animals: don’t panic and listen to the guides. Donning my lifejacket, I felt pretty relaxed, having heard an account from an English couple who had done it the day before and said it was really peaceful. Sitting in the middle with Fran up front and our guide Stan steering from behind, we set off in convoy down the mighty Zambezi.

No sooner had we set off, than there was an almighty splash in the direction of the Swiss couple’s canoe. A lurking croc surfaced from the depths and snapped at one of the oars. Cloud yelled at them to “ROW, ROW, ROW!” so they paddled furiously to the other side of the river to pause and collect themselves.

A little further downstream we found ourselves surrounded by angry hippopotami who, we were told, are extremely territorial in the water. They were also very vocal, grunting and snorting in a way that sounded like they were laughing menacingly at us (which they probably were). Cloud kept tapping the side of his canoe with the oar, to warn them of our presence and ensure we didn’t inadvertently row over a submerged hippopotamus.

Apparently another croc slithered into the river from the bank, but all I could see was Cloud slapping the water with his oar. We continued on tentatively, our hearts racing with excitement. Emerging from the dense bushes on the right, three elephants started making their way across the width of the river. Just as they were crossing in front of us, a huge hippo made a dash into the water from the left bank, but Cloud and the other guides kept remarkably calm, and controlled the situation admirably.

As the sun began its quick descent, Cloud brought all the canoes together and asked us to “feel the calm of the river” – I certainly needed to after that! Relieved to get back on dry land and have a drink round the campfire, King quipped “what happens on the river, stays on the river.”

Emma travelled in Zimbabwe, Zambia and Botswana in October 2017. 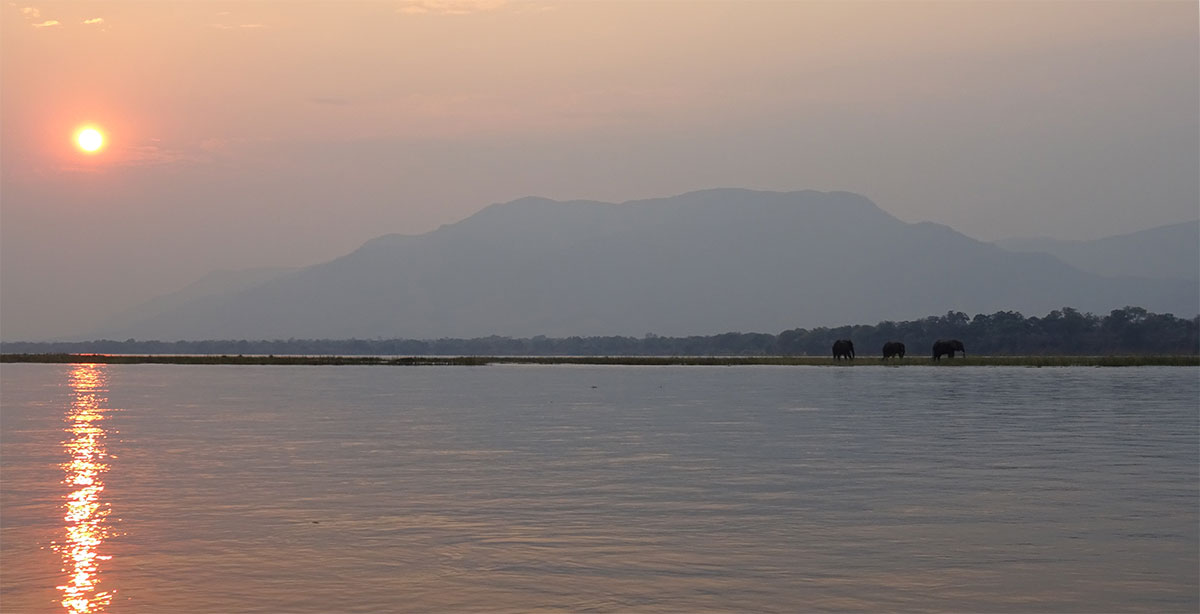