I was lucky enough to meet Jamie over breakfast to discuss her recent time in the Northern Tanzania. It falls in with this month’s featured experience in our brochure, which highlights Maswa Game Reserve in Northern Tanzania.

Bordering on the Serengeti, Maswa was first established in 1962 and management taken over by the Friedkin Conservation Fund (FCF) in 2015 on a 30-year lease. FCF manages the area alongside 6.1 million acres-worth of other private reserve land throughout Tanzania, including next door Mwiba. Working in close collaboration with the Tanzania Wildlife Division, FCF have three main interrelated focuses: anti-poaching, community development, and GIS and research.

In January and February, during the extreme dry seasons, Maswa acts as a refuge for many Serengeti animals, particularly migratory species. A recent blog put out by FCF told of three black rhinos that have ‘made their way into a small pocket of the reserve, found it to their liking and stayed.’ Given this and the oasis that Maswa becomes during the dry season, February seems to be a good month to go.

The word Serengeti comes from the Swahili language meaning ‘endless plains’ and it epitomises this perfectly: a vast expanse of pure savanna. Further, if the Serengeti was a football field, most of the safari vehicles (something like ants in this analogy) would all be bunched up near the goal posts – there is so much more to it for those willing to venture further afield. Which is how Jamie came to be at Lamai in the northern parts.

‘Lamai for me was one of the most beautiful places I’ve been. I was put in the honeymoon suite, which is the furthest from the main mess area and on top of a Kopje with stunning views of everything over the Serengeti. I could happily have spent a day here watching the comings and goings of the migration.’

Listening to Jamie brought back memories of my own stay at Lamai. I remembered my last night at the lodge in 2016, the tranquil feeling of watching six buffalos moseying about all night directly below my suite and a white-tailed mongoose catching insects while I took shots of the stars and then retreating to my four-poster before the wilds of Africa got the better of me.

‘One evening we saw a black mamba silently scaling a tree while we were having dinner and finishing off a family of lilac breasted rollers. Terrifying. There’s a snake specialist at Lamai called Ibrahim Msuya, who ran off into the bush with two small twigs to catch it after it had come down so he could take it away.

‘Then that night while I was in bed I woke up in the pitch dark to this scratching, crunching noise just outside my bedroom. There’s this tiny millimeter thick mosquito net between you and the outside world and even though nothing could or would try and get in, when it’s the middle of the night, every irrational thought goes through your mind. All I could hear was this slow scratching going along the netting. Either it was the mamba back for revenge or a leopard that had come to eat me. I ended up having to use my radio to have someone come and check. They came in and dutifully informed me: ‘It’s a porcupine.’’

Jamie’s story showcases a classic tale of the bush. The Serengeti is wild and there is nothing quite like experiencing it first-hand. If you’re interested in planning a safari that includes the Serengeti or learning more about the work of Friedkin Conservation Fund at Maswa, do give us a call. 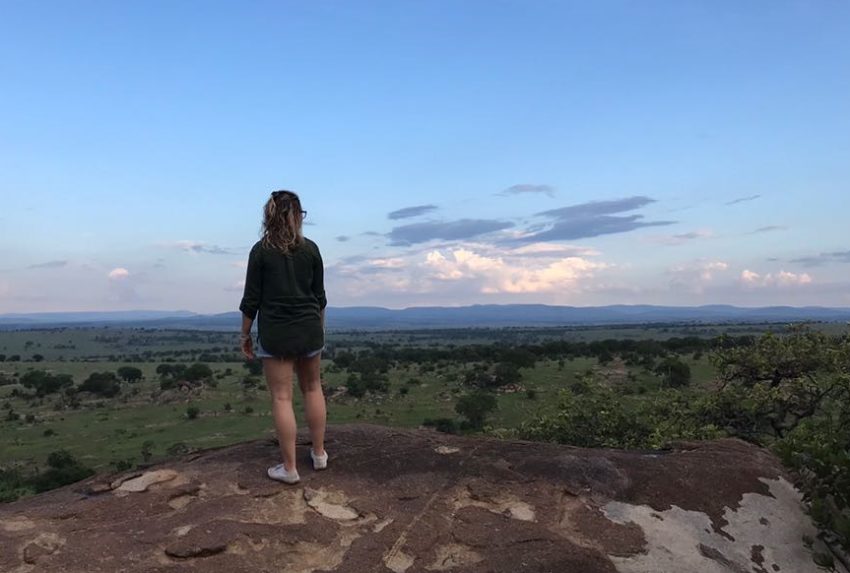