Over the course of the last year, I have become the building’s environmental officer. But who am I kidding. I’m not the green police, waiting for someone to put a recyclable cup in the wrong bin before jumping out on them. The conundrum of greener living is just as much mine as anyone else’s. What I do know, however, is that we’re in it together, that we can all contribute, and that small changes make all the difference.

The environmental design publication InHabitat published an article earlier this year, which wrote of some of the most pressing environmental issues, naming climate change, pollution and deforestation in the top three, followed by water scarcity, loss of biodiversity and soil degradation. It’s difficult to constantly monitor your effect on these, particularly given the mixed messages out there. Take food shopping, for example. Walking into a supermarket or grocery store is a minefield. Do I go organic or local or Fairtrade or plastic-free or vegetarian or palm oil-free? One may contradict the other.

But don’t let this put you off. First of all, I think it’s fantastic that there are so many environmentally conscientious options nowadays. Secondly, rather than trying to single-handedly save the environment by drastically altering your lifestyle and running yourself into the ground, making small changes has a greater effect than you’d think. So, here’s my guide to some of the pressing environmental issues and the small changes we can make to help mitigate them:

Climate change is probably number one on the list of ‘how humankind is trampling all over this good green earth’. In short, to produce energy, fossil fuels are usually burnt, one of the by-products of which is CO2. Climate change partly occurs due to these gases entering the atmosphere and acting as a blanket, so heat stays trapped. This causes changes to the delicately balanced climate cycles: harsher winters in cold places, longer droughts in dry places, more extreme wet-seasons, melting icecaps, rising sea levels and more pressure of specifically adapted species who can’t cope with ever changing conditions.

Possible small changes to combat this are cycling as much as possible rather than driving, buying locally-sourced food so it has less distance to travel and buying less meat. I’m not a vegan, but I now consciously try and strip meat and dairy out of my diet for a few meals each week. According to earthday.org, if the whole of the US sacrificed meat and cheese for just one day each week, it would be the equivalent of not driving 91 billion miles and taking 7.6 million cars off the road. When flying, you can offset carbon emissions. For those with roofs, solar panels may be the way to go. Alternatively, there are now many electricity providers who exclusively use energy from clean sources such as wind or solar. And it’s worth noting the banks out there that invest in clean energy rather than fossil fuel companies.

Aside from air pollution, plastic pollution is becoming one of the most concerning issues of our time. You may remember me writing about Kenya banning plastic bags. Only 9% of plastic is recycled. It takes 1,000 years for a bag to break down. An estimated eight million tonnes of plastic enters our oceans each year. It’s not hard to see how this could become an issue – you’ve probably seen stories about celebrities travelling to far-flung paradise islands only to be confronted with bottles and polystyrene and decomposing animals, guts filled with partially digested bottle caps and cigarette lighters. A recent survey off the south coast of England told that one in three fish caught for consumption contained plastic. We are consuming our own waste.

Aside from reusing and recycling as much as possible and cutting down on plastic consumption, contacting your supermarket or grocery store or even member of parliament or congressional representative to see whether this issue is on their agenda can bring up interesting answers. Anyone can sign a petition. You may even want to start one. In the UK, if a petition gains 10,000 signatures, there will be a serious written response by government; 100,000 and it will be considered for a parliamentary debate. A triumph last year was when micro-beads were banned in the UK – not so in the US, so, cutting down on toiletries that contain these can really help. In the UK, just 1% of an estimated 2.5 billion disposable coffee cups are recycled. A small change I have made is taking my reusable coffee cup with me into coffee shops when I get take-away.

You may have heard the phrase ‘carbon sink’ being chucked around. Ever wondered what that means? Well, it’s pretty simple: the process of photosynthesis, in which plants create their own energy, consuming atmospheric CO2 and converting it to oxygen, means that places densely populated with photosynthesising organisms vastly help to reduce atmospheric CO2. Aside from regulating our water cycle, preventing soil erosion, sustaining diverse ecosystems, supplying food and shelter, and providing the oxygen we need to breathe, the world’s forests store up CO2. On the flip side, deforestation releases CO2 into the atmosphere. Roughly 11 percent of carbon emissions are as a result of deforestation, which is more than the transportation sector and second only to the energy sector.

Drought seems like something reserved for the deserts of the world. The scary thing is that the world’s cities are some of the most drought-stricken places. A rising population contributes to demand for clean water. You need only cast your mind back to Cape Town earlier this year to see how real this problem can be, where the city came within a few weeks of the taps being turned off and emergency water stations imposed.

By taking shorter showers or turning the tap off when you brush your teeth or collecting grey water from the roof to water your garden will help mitigate the problem. More, it takes close to 2,500 gallons of water to grow a pound of beef. Eat less meat, save water. Also, using non-toxic cleaning products mean that less pollution goes out into waterways.

Need I say more about how these four aforementioned are putting pressure on such specifically adapted flora and fauna. It’s easy to let these kinds of facts get you down. Don’t let it. If there’s one take away from this, it’s that we can make a difference with small changes. Maybe you don’t have the time to write to your MP. Maybe you don’t have the resources to offset your carbon emissions. But if we think about what we can do, then maybe it’ll make the world of difference. 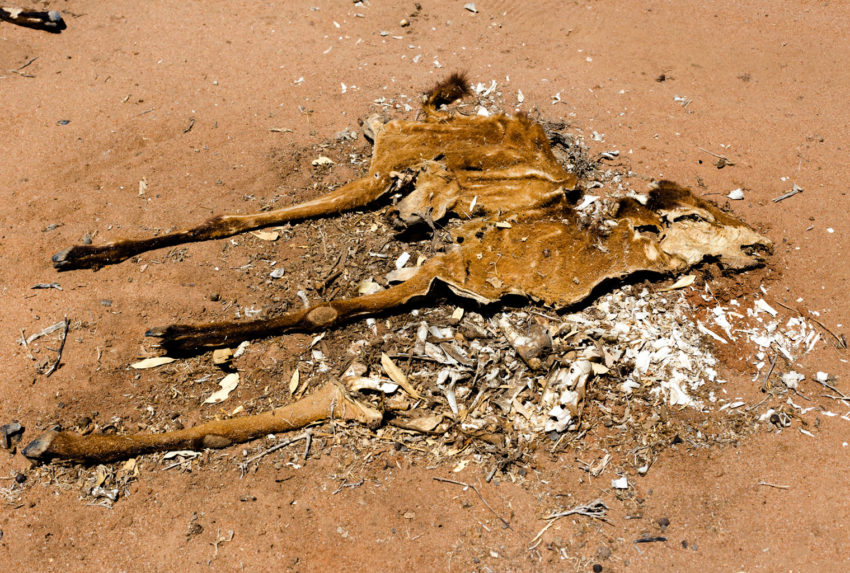 Photo Credit: Simon Morris, both images taken in Namunyak, Kenya in 2017 during a two-year drought