I make no apologies for once again bringing the wonders of the Hadza to your attention. Last time it was via a great piece by Mike Carter in the Financial Times. This time it’s with reference to Christa d’Souza, whose wonderful article in November’s Vanity Fair takes us to the heart of what it is to be Hadza.

If this is the first time you’ve heard of the Hadza, then some background. Based in northern Tanzania, in the Yaeda Valley, the Hadza are Africa’s remaining hunter-gathers. The last in a line some 100,000 years old, there are 1,300 Hadza left, of which around 400 continue to live traditionally. As Christa rightly says, their plight is the result of the gradual erosion of the land they live off – that and the rampant poaching of the wildlife they are entitled to hunt.

As with Mike Carter, Journeys by Design was responsible for organising Christa’s trip, but everything she writes so beautifully about comes down to the access provided by Mike Peterson of Dorobo Safaris, and to the Hadza themselves, whose way of life mean that they are largely easily able to absorb the outside world’s interest.

I won’t say much more with regards to Christa’s piece, except this to say that in and among introducing us to members of the community, the way and ease with which the Hadza socialise, and to the art of finding honey, what I do want to highlight is her constant and perceptive referencing of a philosophy that the majority of us – myself included – know in principle, but hardly practice: that is, the importance of living in the present.

More than a rare living example of what we all were before the advent of agriculture, there is something specific and deeply true about the Hadza. There is no concept of individual ownership. They share everything. Each and every one is equal. Each moment is attended to. Knowing that this is so, that the Hadza and their ways actually exist, is more than important. It’s a lesson for all life. 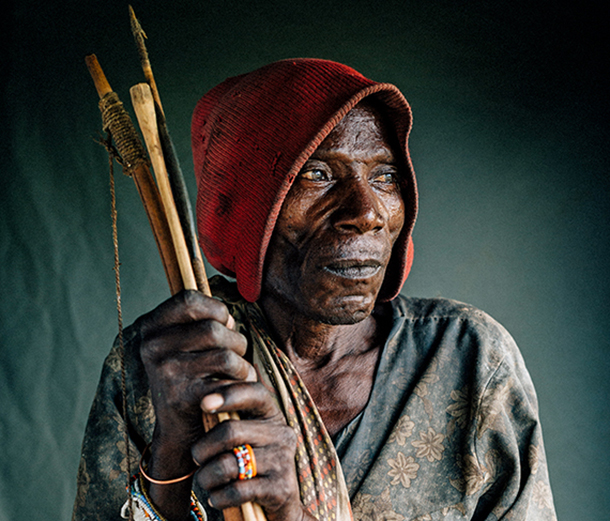