Anyone interested in tech, in travel, and in the idea that it is indeed possible to map our planet in its entirety, will already know that Google Street View has come to South Africa’s wildernesses, namely 19 national parks and 17 national reserves. A 12 month project, carried out by 200 plus volunteers, it builds on previous mapping projects for Kruger National Park, Table Mountain and Cape Point, includes 170 trails and 232 points of interest, and can be found at South Africa 360.

Logistically, it’s quite a feat. Harnessing the enthusiasm of travellers, rangers and guides, nature lovers, and anyone interested in Google’s technical prowess, the mapping project was overseen by third party Drive South Africa, which loaned volunteers the use of so-called trekker cameras, which sit in a backpack, include 15 cameras, GPS mapping technology, and the ability to take a 360° photograph every two seconds. An adaption of the Google Street View car, it’s a fascinating piece of kit, and allows virtual tours of places that are genuinely remote.

All the same, and notwithstanding the above, I have to admit to feeling a tad ambivalent about the project, and for several reasons. Gut-wise, I feel uncomfortable at the thought that one of the world’s biggest companies should use volunteers rather than pay for the work done on its behalf. Of course, as Google would argue, it’s not as simple as this, as the volunteers are not necessarily volunteers as we understand them, and may in fact be employed by third parties. Plus, they own the images they take. However, in uploading content to Street View, they are bound by Google’s terms of service, which license Google and partners to use that content for operating, promoting, improving, and innovating on, their services. I know this feels like nitpicking, but Google’s efforts to distance itself from direct employment of those working on its behalf doesn’t feel right – at least not to me.

Equally, there is something uncomfortable about the all-encompassing drive of the virtual tour, and in particular what that means for the nature of both the imagination and the real-world experience. The places now mapped by hundreds of thousands of images were once either unknown or the subjects of our imaginations, as stimulated by their names and the bits and pieces of information we could find through research. This stunting of the imagination is somehow further reinforced by Google’s overall – and hubristic – ambition to map the planet. Personally, I like the thought that there remain places in the world – places I will never visit – yet to be captured as an image. I like that we have not been everywhere; and that nature continues to stun us with its capacity to surprise, delight and, even, horrify.

Finally, I am not convinced that the virtual tour, as one article puts it, is ‘a deeply engaging experience’. I think it is many amazing things, an excellent research tool, and an extraordinary testament to our technical ability. It is not, however, a substitute for the real thing. It isn’t the experience of actually being there, which I would more readily describe as deeply engaging, it being the experience of your body in actual space, be that the wildernesses of South Africa, or riding my bike across the Sussex Downs, or the street outside your window. 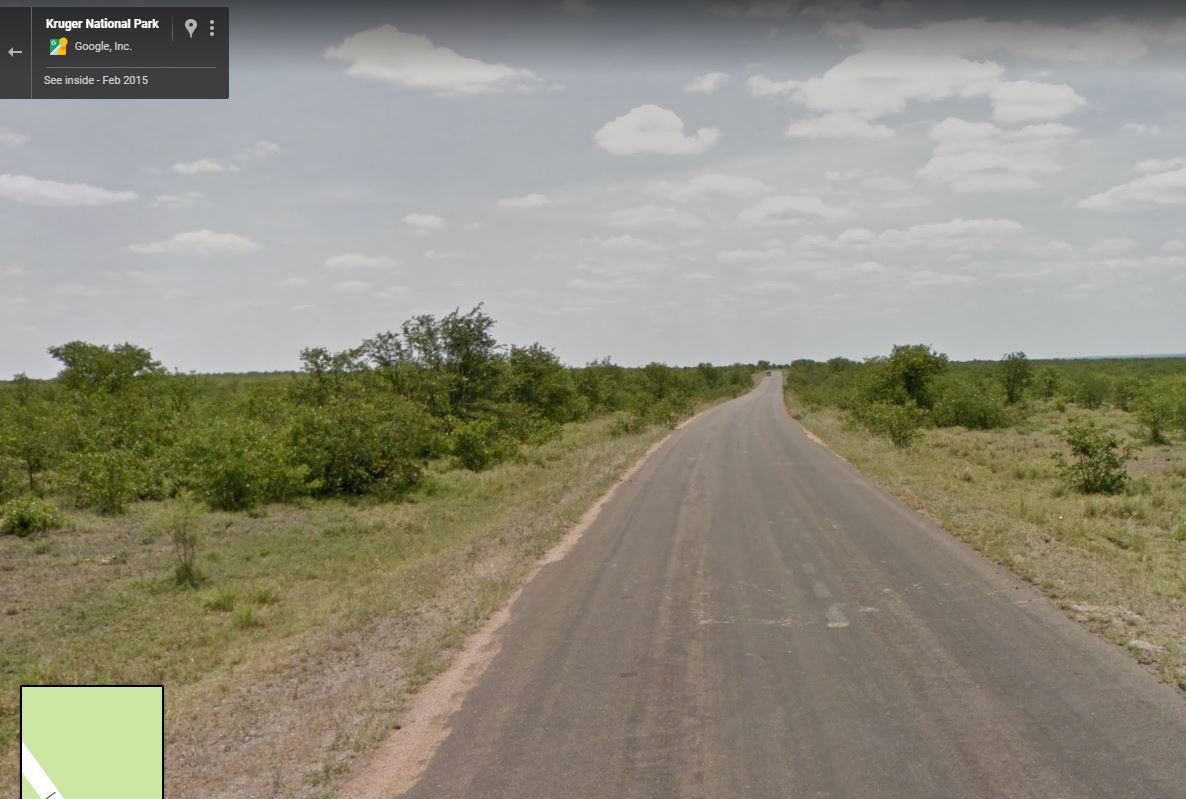