Those of you blessed with long memories may recall a short blog praising Tracking the Lions of Tswalu, an article for Travel Africa by Brian Jackman. If yes, then no doubt you’ll remember that I began by apologising for the unforgivable lateness of the post. I’m pleased to say that this time I’m half on the money: Jackman’s follow-up piece The Kalahari shows how to up your game appearing in the Telegraph this very month, just 17 short days ago. JbD was responsible for organising his trip.

If the last piece was relentlessly lion-focussed, then The Kalahari shows how to up your game is a much wider picture of Tswalu, its history, the personalities involved, and most importantly, the success of its conservation policies, as witnessed by the a thriving 114,000-hectare wilderness, one populated, as Jackman’s taxonomy of its wildlife beautifully illustrates, by key large mammals, including cheetah, black-maned lion, black rhino, zebra ‘and a whole bestiary of antelopes such eland, kudu drought-proof gemsbok with swishing tails and black-and-white tribal masks’; by ‘aardvarks, meerkats, caracals and pangolins’; and by 240 species of bird, ‘including standout species such as the crimson-breasted bush shrike and pigmy falcons.’

If you’re familiar with Jackman’s writing, then it’ll come as no surprise to learn that the piece is run through with delightful observations. Examples: After the rains, camelthorns and shepherd’s trees ‘cast pools of shade’. During a walk, ‘flurries of brown-veined white butterflies flew up at every step’; on the way back, ‘a dark vortex of birds whirling over the dunes’. And this on Tswalu’s meerkats: ‘Quietly we sat and waited until they emerged from their burrows, churring softly to one another as they stood upright like small furry ninepins, forepaws demurely folded on their tummies, and turned to face the sun.’ I could pick out another twenty such descriptions, each as lovely as the last, and each a stepping stone for the imagination.

However, Jackman doesn’t just write beautifully. There is great substance to every great stylist (or should be), and Jackman’s is his feel for his subject, in this case the Kalahari. It’s an understanding that emanates, I think, from a capacity for wonder – at the natural world, at the world that Tswalu’s owners the Oppenheimers have helped (re)create, and at the true nature of great space. It’s an understanding that has him write beautifully.

Meaning, do have a read of the piece. And once you have, I’d be delighted to field any questions, continue the conversation, and further point you in the direction of the world Jackman has so excellently brought to life. 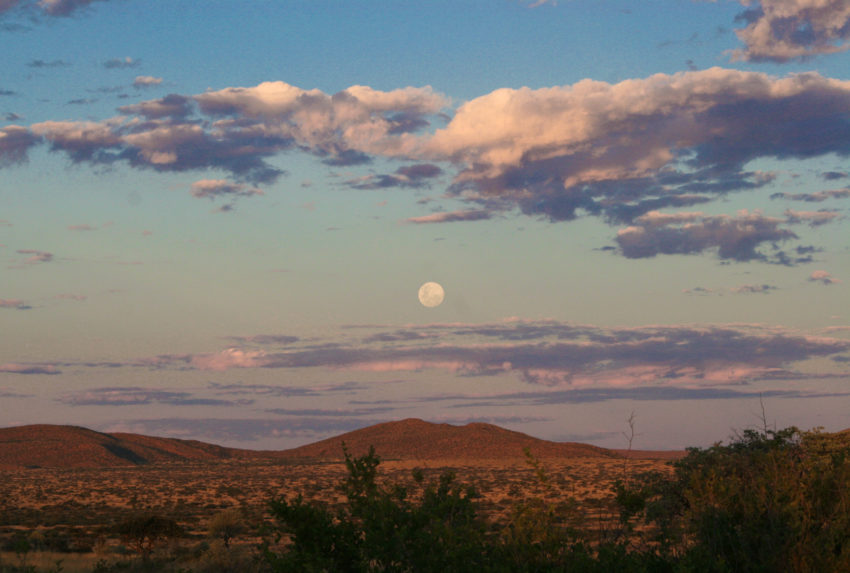