Remember when Sam Tinkler joined the team back in February after her move from Tanzania? I made no promise that it was the last of these blogs. After which I made no apology for then introducing you to Vanessa on growing up in Harare, Zimbabwe, Lucy and the virtues of the beautiful game back in her home town of Zurich, Switzerland, and Laye Dieng’s incredible journey from Dakar in Senegal to Brighton. So, I think with such a track record for these kinds of blogs, it’s high time I introduce you to someone else. The wonderful Monique Mbena.

Monique is a difficult woman to track down, such is the nature of her work here. You may remember me mentioning that in the last year we seem to have opened a cafe on our ground floor. The cafe is opening with a number of different motives from anything between running community events to just plain old quality coffee drinking. But enough of that for now, the point is that Monique works alongside Laye running the café as Business Development Support. We’re currently in the testing phase.

Anyway, we arranged to meet early one Friday morning – a rarity for me, given my usual flexi-Friday habit – and I found my interviewee preparing to share with friends and family the different juices Africa House will be doing. ‘Would you like some freshly-squeezed pineapple juice?’ I watched as she pushed a pineapple through the cafe’s new juicer, followed by a kiwi or two in another glass and finally some fresh ginger in another. ‘This is part of the testing…I think this one needs some sugar’, she told me after I had taken a sizeable glug of the green liquid. I also tried the baobab, which was a first and very interesting. We settled down to talk.

‘I was born in Yamonde, Cameroon. I only had one sister, but many cousins. I don’t have that many memories from there, mainly flashbacks. One of my aunts was very rich and lived in a chateau, but couldn’t have children, so one of my main flashbacks is running around ‘château de la tante’ playing with my cousins.

‘Then I moved to France when I was nine, which was a big change. I had ten cousins back in Cameroon, all older boys, who used to protect me like they were my brothers, but when I moved to France everything changed. I moved there with just my Mum and my sister and I had lots of pressure from my Mum to look after my sister, but I also had to fend for myself. There were lots of differences culturally too. People seemed sad to me. In Africa, when you go into the market, you have people shouting everywhere and lots of vibrant colours and colourful fruit – it is very lively. In France, you go to the supermarche, and nobody really talks to each other, except for the person at the checkout who would say, ‘Hello, how you doing, thank you, bye.’

‘Also, the kids at school were stupid. I had to make new friends right at the end of the school year – I was the only black girl at school and they would make stupid jokes.’ I caught a flash of a grin as she balled her hand into a fist. ‘Fortunately, I grew up with my cousins who were boys, so I was used to fending for myself. Secondary school was different. I had some of the best years of my life here. My sports teacher in particular was someone I found to be very inspiring.’

I was then given the tale of first getting into athletics. ‘At my first parents evening, my Mum told the athletics teacher, ‘I don’t want Monique hanging around with all the stupid and naughty boys and girls, I want her to do more sports.’ So my life became, school, sports, home, eat, sleep. But it changed my life. I was running so much, I was very strong and fit and made some good friends – I got into the 400-metre hurdles.’ 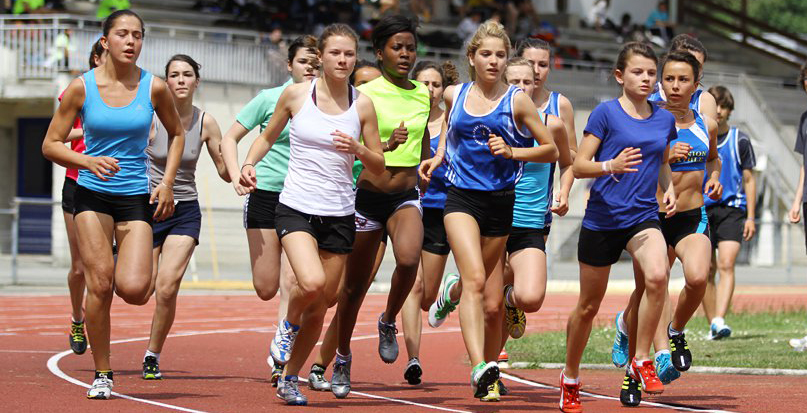 Monique’s story took her to an apprenticeship with the firefighter volunteers, where, on top of her studies and athletics training, in her spare time she worked tirelessly from the age of 14 through high school, college and university, alongside other firefighters, to do…well…what firefighters do.

‘I can’t tell you exactly what we did, because it is confidential, but I do remember the first time I saw a dead body. As a firefighter you see a lot of deaths, but the first was quite alarming. We support each other to focus on the job and distance ourselves from it, but the two scenarios I found devastating were when it concerned kids or drunk people. A lot of the time it would be someone drink driving, who had crashed a car and killed someone. Training was very difficult too. You would know it was a good session of training if you vomited at the end of it. When I joined I was very fit, but I had to train to become strong too, because of all the heavy equipment you have to carry around like oxygen tanks.’

After Monique’s degree, which was in foreign languages and business management and which she brushed over as an almost incidental part of her life, she spent six months working in imports and exports for a supermarket before moving over to Brighton.

‘The job had a great salary and I had some good friends, but I began to feel like my life was going in quite a linear direction. I’m not like that. I need another adventure. So, I came to Brighton to au pair for a family. They are great and I have so much in common with the mother, but I didn’t want to spend the whole year just as an au pair. So she introduced me to Will. And we started to work on this coffee shop project. My original intention was to work on my English and then go back to France, but now I need to write a letter to the fire service in France to say I will be extending my time here.’

Laye is convinced that Monique will have fallen in love with Brighton once the year is up and have no choice but to stay on like the rest of us Brighton casualties. This blog comes with huge thanks to Monique for sharing her story with me and want to give a huge welcome to her from everyone at Wild Philanthropy, Journeys by Design and Africa House Cafe!

And finally, if you’re ever in Brighton, please do drop by for a drink. I can assure you the coffee is excellent and the various hibiscus, ginger and baobab juices are on point. I hope you’ll enjoy the service, atmosphere and company. If you’re like me, perhaps you’ll abandon your desk daily for it. 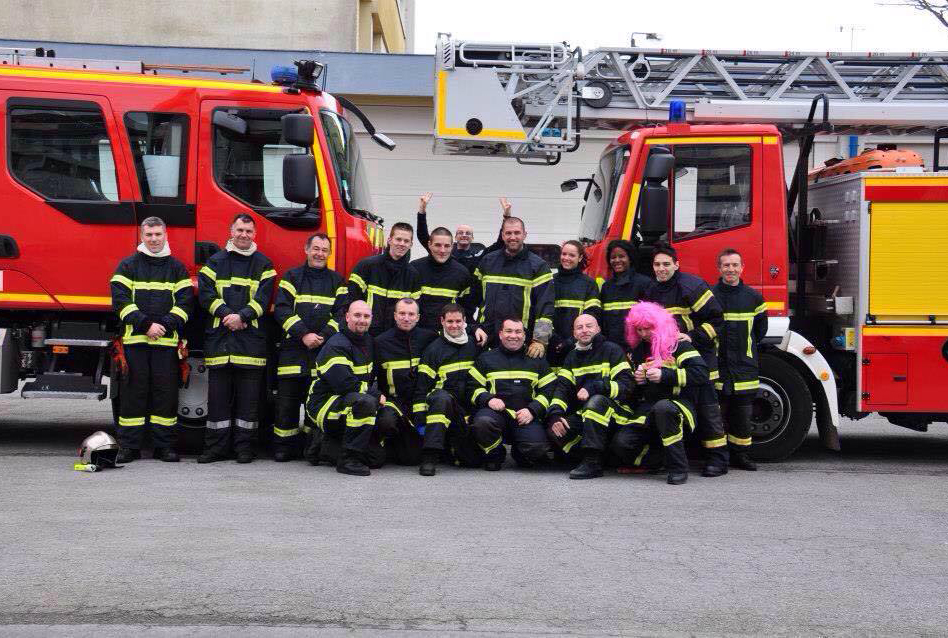