I feel that Somaliland doesn’t get as much airtime as other countries we represent. This may be due to the fact that, while Will Jones has been, I’ve never visited. I have been to Kenya, which lies to the south, Ethiopia to the west, and even Yemen to the east, but not Somaliland. A real shame, but not the end of the world. I’ll get there – one day.

Somaliland, officially part of the Somali republic and not recognised by the United Nations or Africa Union as an independent state, first joined with Somalia in a bid for both to gain independence from Britain and Italy, to create the Somali Republic.

This decision it soon came to regret when the Somaliland clans were excluded from the government. The 30-year old dictatorship that followed ensured the near destruction of the clan system. Given this, it is a remarkable feat that Somaliland have regained de facto nation status. You can read more about it in Will’s blog here.

Meanwhile, I wanted to give you an account of someone who has spent time there. This isn’t easy. However, after a good deal of digging around to try and find someone who had not only heard of Somaliland (a feat in itself), but visited there for a time, I bumped into a friend of a friend, who used to work for the government in Hargeisa (the capital of the region). I give you Luke B.

‘I was working when I was there, but I had a bit of time off. Maybe the biggest misconception is to do with safety – certainly in Hargeisa – I had no issues walking around by myself, including late in the evening. You might get a little bit of attention, and it’s possible that it might be a bit different for women, but everyone I met was friendly.

‘As I’m sure you can imagine, the cultural gap can be wide, but particularly during the summer, there are a lot of European Diaspora Somalilanders who come back to visit, and English is often spoken. You can go to Hiddo-Dhowr, a restaurant owned by famous singer Sahra Halgan, or see the statue of the warplane in the centre of town and Somali food is great – I would definitely try the camel meat, drink a lot of shaah Somali (tea) and eat lahooh (pancakes).

‘The one thing everyone does is to go to Laas Geel. Unfortunately, the cave paintings are slowly disappearing, but there’s an effort to restore them. I did all of these things; but the best thing for me was getting time to talk to people. Somali people in general like to think and chat about things, and the spoken word is really important. For a long time, the language was almost only spoken and not written, and the biggest poets (Hadraawi and Gaariye are the best examples) are hugely important. So, if someone invites you for tea, definitely take them up on the offer!’

Luke had a lot to say, which I’ll save for another time. The above is just something of a snapshot, and one we would not have but for Luke, so a huge thank you to him. Meanwhile, if you’re interested in a real frontier travel experience, then we’d love to organise a trip there for you. Maybe we could hit the road together! 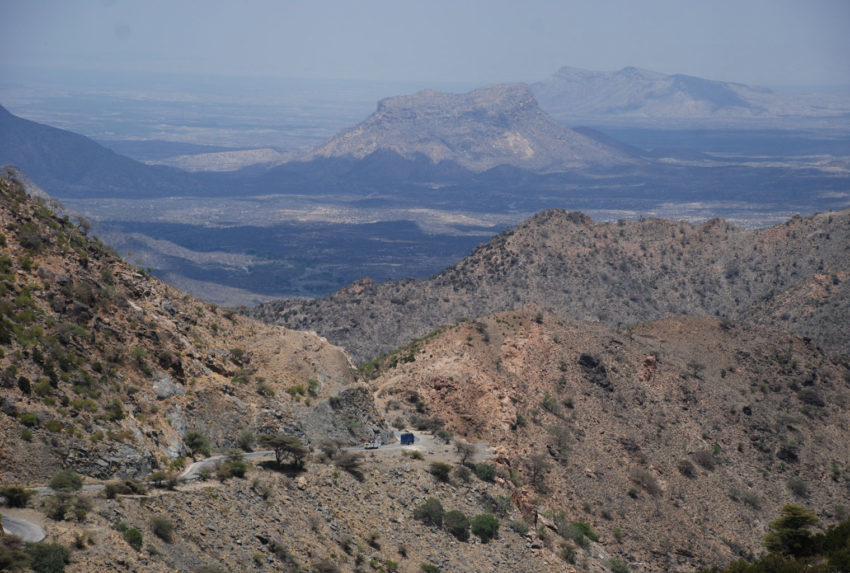