Seen more as a point of departure for the southern extremities of Ethiopia, including the Omo Valley and Lake Turkana, the city Arba Minch’s main attractions are its access into Nech Sar National Park and the highland village of Dorze.

More a large town with a population of around 100,000, Arba Minch had initially replaced Chencha as the capital of what is now a disbanded province. It is mainly known for its airport – allowing for fast access to and from Addis Ababa, and on to the south – and for its university, which is home to 15,000 students.

Despite the industrial feel of the city, there are places in the surrounds very much worth a visit. The highland area of Dorze for example, at 2,400 metres altitude, is 15 miles north of Arba Minch, and is named after its Omotic-speaking ethnic group, known for their beehive-like house structures. 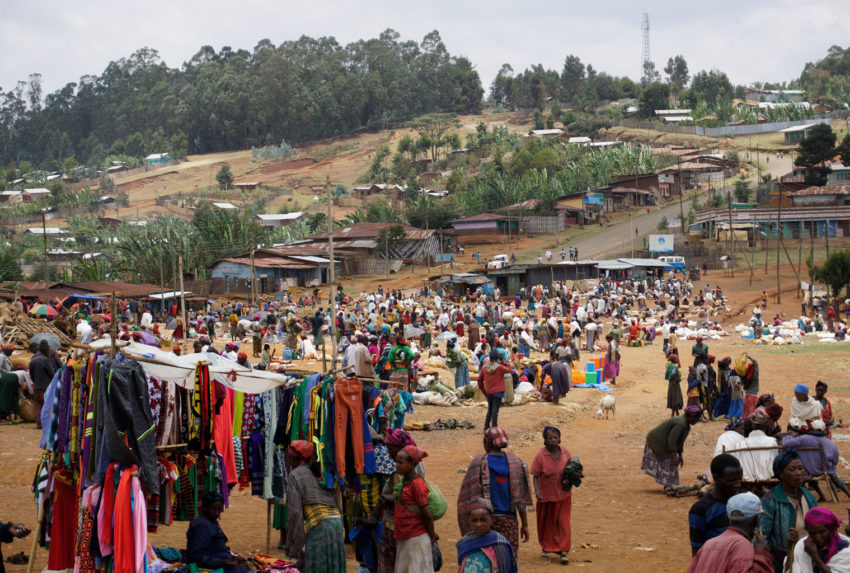 Dorze’s climate is typically cold and moist year-round, making for an ideal place to grow tropical fruits and cotton. As a result, the village is host to a thriving market, selling largely locally produced goods. Dorze is also subject to attractive views over Lakes Chamo and Abaya and has an impressive night sky given its high altitude and thin atmosphere.

Abra Minch and Dorze sit on the edge of Nech Sar National Park, which houses Lake Chamo and Abaya, the second biggest by surface area in Ethiopia, as well as beautiful mountain landscapes and forests, including God’s Bridge, a mountainous area of dense acacia scrub separating the two lakes.

After the collapse of the Derg in 1991, the park suffered neglect when the surrounding pastoralist tribes moved in. As a result, many of the large mammal species in the area were wiped out, including wild dog, Grevy’s zebra, cheetah, black rhino, elephant and buffalo among many others. There have been on and off attempts since to reintroduce species once found here. The current mammal species list is currently estimated at not much more than 40, more than half of which are bats, including the banana pipistrelle, Africa’s smallest species.

Despite the demise of mammals in the park, the bird life is spectacular, with up to 275 species identified including the endemic Nechisar nightjar, which was first seen alive in 2009 and the white-tailed lark, whose only home within Ethiopia is Nech Sar.

TO FIND OUT MORE ABOUT ARBA MINCH AND SURROUNDS AND TO ARRANGE YOUR TAILOR-MADE TRIP, GET IN TOUCH WITH US TODAY