Last Thursday, a large part of the Africa House team decided it was time to pack up and have a tipple in the sun, followed by one of the most captivating shows I have seen in a long while: Circus Abyssinia: Ethiopian Dreams.

To explain. We’re based in Brighton, UK. Every May, the city comes together to celebrate all things artistic during the Brighton Fringe Festival. The team shares a lot of interests, and we often end up at shows together.  On this occasion, it was Paul’s eagle eye that picked up on the one-of-a-kind show. Ethiopia close to our hearts, we couldn’t not: about 20 of us, including partners and offspring, secured tickets to attend the acrobatic extravaganza last week.

The show was put together by two Ethiopian brothers, Bibi and Bichu Tesfamariam, who as young boys dreamt of being part of a circus. For a long time Ethiopia had little to no tradition of circus acts. Needless to say, this did not stand in the way of their drive and ambition. The two took up juggling at the ages of 13 and 14, and continued to work on their skills and strengths for the following years.

In the mid-90s, as circus arts were becoming more prominent in Ethiopia, the boys seized their chance to embark on a European tour and headed to the UK for the first time. As they performed to critical acclaim at the Brighton festival in 1996, Bibi and Bichu realised their dream was finally within reach. More than 20 years on, the brothers are not only reeling in praise from the media, but are also funding circus schools back in Ethiopia. The cast we saw perform last week were all incredibly talented individuals, all graduates of those same schools.

While loving everything, the spectacular flips, contortions, and dances, I was especially blown away by the strength, dexterity, and inventiveness with which some of the acrobats went up and down two tent-high poles. I had always thought ‘breathtaking’ a made up condition, something found in books. Its not. It’s what you get when watching Circus Abyssinia.

Apart from the acts themselves, I loved looking around the venue and taking in everyone’s reactions to the show: usually shock, often awe, always waves of euphoria. Some took the dangerous elements a bit more in their stride, whilst others couldn’t resist covering their eyes to see the show only by peeping through their hands.

All in all, it was an incredible moment seeing Circus Abyssinia back in Brighton, almost quarter of a century on from their first critically acclaimed show: a lovely blend of Brighton as both their and our base, however all with roots and ties back to Ethiopia.

If you would like to know more about Bibi, Bichu and their work, please do have a look at their website and I would strongly urge you to keep an eye out for any upcoming performances near you – it is most definitely worth experiencing, as least once if not many more times. 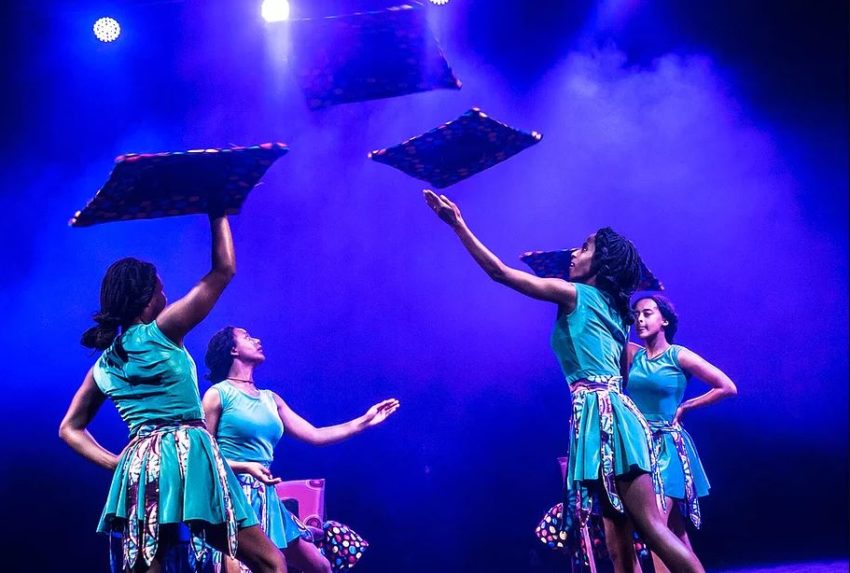