The Nubians could not hold on to Napata when the Persians succeeded the Assyrians in Egypt and in the 6th century BC they withdrew south to make their centre at Meroe. This Meroitic period then overlaps with the Greek and Roman time in Egypt. 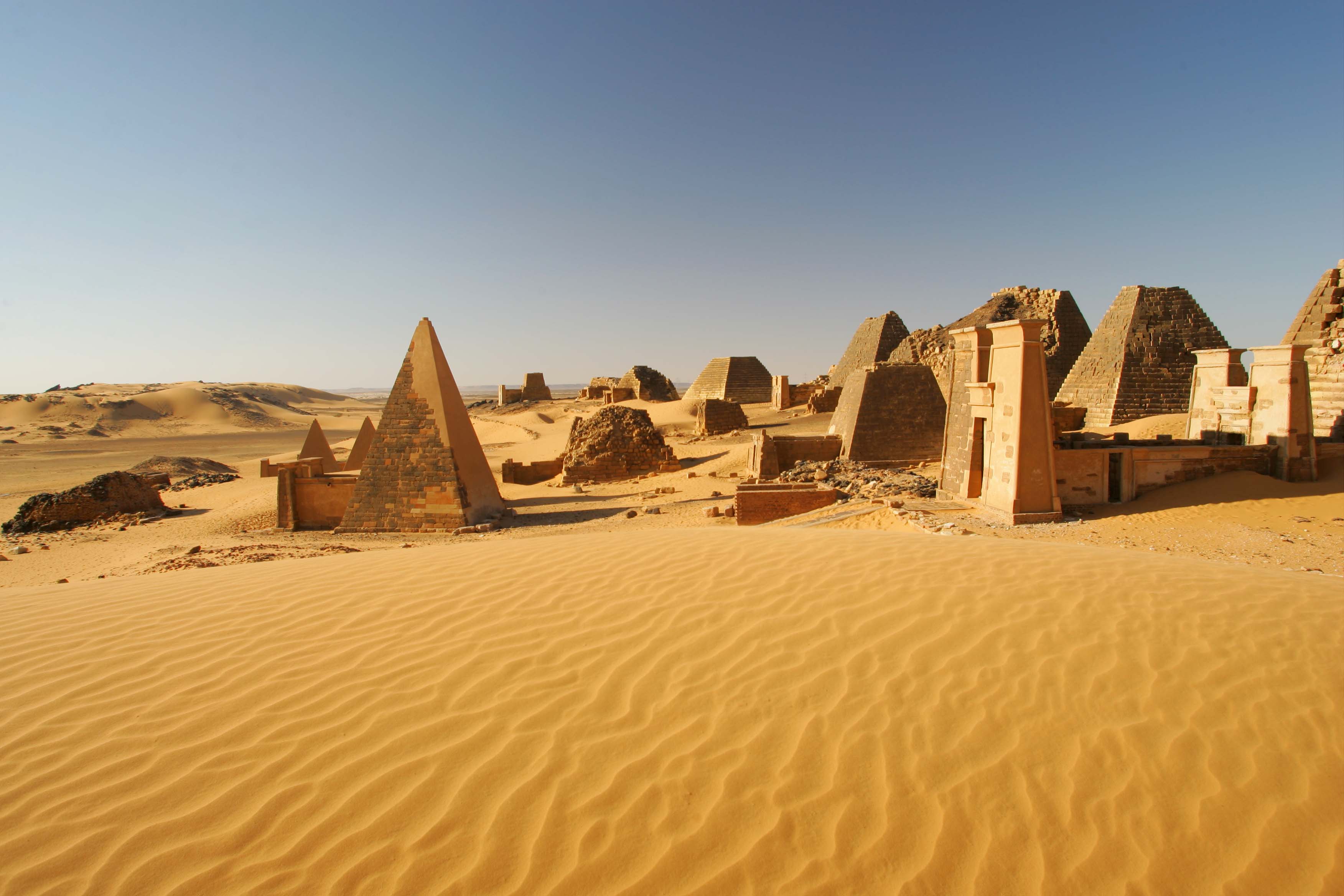 The Nubians continued the burial traditions of Napata in Meroe, moving some tombs from Nuri and building more royal pyramids; there are over 100 of them although many are hardly visible. Those that are, seen through the opening of your tent at the permanent tented camp on the next ridge, are spectacular at sunset and sunrise.

A real attraction of the Royal Pyramids is the simplicity and emptiness of the site, almost as if discovering them. Each of the main pyramids has its own funerary chapel with walls decorated in bas-relief showing the king’s life and offerings to the gods.

The ruins of a Royal City at Meroe are apparently archaeologically very significant but difficult for the more casual visitor to envisage from the little that is left.

Indicative of the area’s vital value, Meroe was awarded World Heritage status by UNESCO in June 2011.

Please note that we currently use Meroe Tented Camp for accommodation in this area.

To find out more about Travel To Meroe and to arrange your tailor-made trip, get in touch with us today.