You may remember the unveiling of our new brochure Experience, set out as a calendar with each month represented by an area that comes recommended at that time of year. Well, the month is November and Mozambique’s white-sanded coast and little known coral reefs are ripe for harvest.

When one thinks of coral reefs, they’re often of Australia’s great barrier reef, the Philippines or those near the Amazon estuary. What with climate change and bleaching of the world’s oceans, these reefs, which once looked like a scene from a psychedelic interplanetary sci-fi movie, are becoming more uniformly coloured each year.

Bleaching events occur when the corals, which strangely are in fact animals (falling into the same phylum as jellyfish in their taxonomic classification), become stressed by changes in light, temperature or nutrients and expel an algae that lives within their tissue, causing them to go completely white.

The scientific journal, Nature, published a research article in February that called the great barrier reef ‘the world’s largest dying structure’ after a major bleaching event in 2016. Other reefs around the globe are increasingly undergoing similar events and divers are found scrabbling for ever exotic diving sites that still retain what makes them spectacular.

However, whilst the African Coral Reef, which stretches from Djibouti’s Red Sea down to Madagascar, isn’t completely untouched by this, and has also had its share of bleaching, there remain certain pockets that are a ‘heaven under the sea’.

Nanantha Bay in Mozambique, which is a ‘no-take zone’ to fisherman, is one such place with not only an intact coral reef, but a nursing site for humpback whales as part of their migration to warmer waters. Nuarro Lodge, which is the only lodge in Mozambique to offer rebreather courses and night diving, lies on the edge of some of these spectacular walls.

If you’re interested in a diving holiday to East Africa’s coral reefs, I highly recommend giving us a call to talk through ins and outs. There is no better time or place than November in Mozambique’s many-island archipelagos. As you can see, time is very much of the essence. 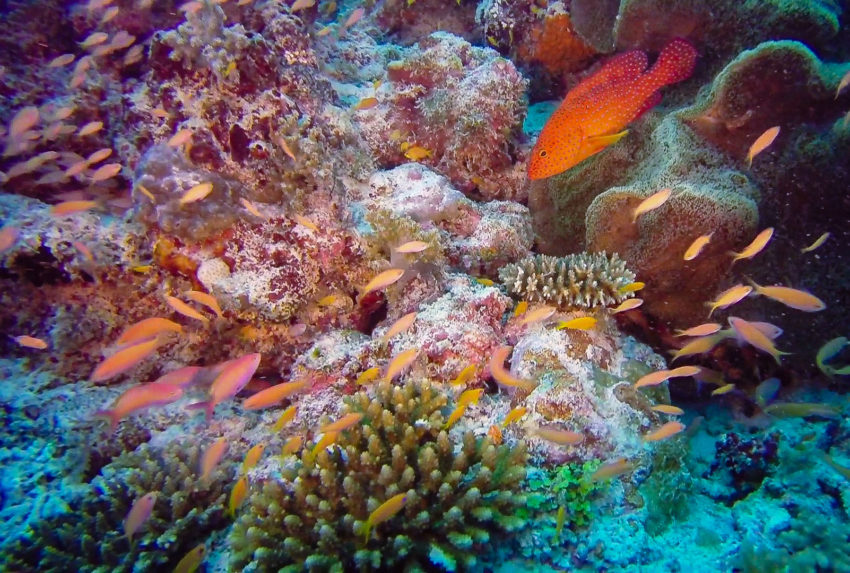