Yesterday I had the pleasure of meeting with Fatma, the newest member of the finance department. I’ll skip over the part where I speak of my customary surprise each time there’s a new member of the team. You may remember my blog that told of the new team members over the last 18 months, in which the size of the company more than doubled.

So, without further ado, I introduce you now to Fatma. Despite our growth, there still seems to be the odd quiet space in a couple of places in the office. We took a spot next to some King Proteas – Protea cynaroides, the national flower of South Africa – that my friend Natasha Bidgood had arranged (if you ever need an extraordinarily talented florist to arrange a large number of flowers for you in record timing on a regular basis, then I recommend Tash). In the meantime, this is introducing you to Fatma Sivyer.

‘My parents are Kurdish and both from a village in the southeast of Turkey. They moved to Istanbul for a better job and lifestyle after they got married, which is where they brought the five of us up. I have four siblings – one sister, three brothers.’

Skipping out a large chunk of her life – ‘we had a happy childhood. We fought as siblings do and made up as siblings do’ – she went on to tell me of her time at University of Istanbul, where she studied Economics. ‘After that, I thought it would be a good idea to travel the world and learn a new language and eventually I ended up coming here.’

‘One of my friend’s sisters was here already working as an au pair and he said he wanted to come and visit her and study English, asking if I wanted to go too. We jumped on the boat and when we met his sister, she persuaded me to become an au pair as well. So I applied for it and got a family.

‘I was put with a family in Shoreham, where I moved in November 1999. The family I was staying with was a single mum with two kids – a one-year-old and two-year-old. She was working full time and needed help with childcare and housework. I did that for two years and – long story short – met my husband. He was the uncle of the children that I was looking after.’

Fatma went on to say that they dated for two years. When her two-year working visa expired, he came to Turkey to meet with her family to introduce himself and ask permission of the parents – he came with his family and both parents introduced one another – and then proposed. ‘We got married in England and it is our 15-year anniversary tomorrow!’

I asked what it was like to introduce her half-English-half-Irish husband to her Kurdish family.

‘I am a Muslim and my husband grew up with no religion, but he is very respectful of my culture. It was quite difficult going back to my parents’ village, which is where they live now. The people there would ask questions like ‘Why can’t you marry a nice Kurdish man’. They couldn’t really comprehend someone marrying outside my culture. I’m lucky enough to have a very open family though – it was one of the reasons they wanted to bring us up in Istanbul.’

We subsequently had a long discussion about life, culture, religion – Fatma a Muslim and me a Christian – and how variety is indeed the spice of life. ‘You can’t put God in a box – that’s a human thing.’

‘Back in England, I had a friend who owns a coffee shop, who is Kurdish as well and I applied for a job and started working with him. While I was working there I studied my AAT and got my qualifications while working in the coffee shop and then started working for various companies around Brighton as a cashier and eventually got pregnant with my daughter.’

A year into maternity leave and with itchy feet, Fatma went back to the company where she then worked for 10 years.

‘I came to this company (JbD) for a change of scene and I love it. As you probably know’, she glanced at me, ‘the interview process is rigorous.’ I didn’t know, and sheepishly explained my way into the company, first as dog-sitting for Will while he was on holiday with his family one summer, before gradually being taken on as researcher, photographer and content producer over the next five years.

‘I had two interviews,’ says Fatma, ‘a test and a talk about my ethical stances. And then Grant and Zuzana decided I was the right person for the job.’

Our strong finance team – made up of Grant, born and raised in South Africa, Zuzana, in Slovakia, and now Fatma, from Turkey – goes from strength to strength and reflects the fantastically varied demographic of our ever-growing company. Which just leaves me to say, thank you, Fatma for joining us and wishing you all the best in your future role. Karibu.

The coffee shop ‘Africa House’ that we have just opened on the ground floor is somewhere you would be likely to bump into members of the team. Please do get in touch. Drop by. Have a coffee. We’d love to chat. 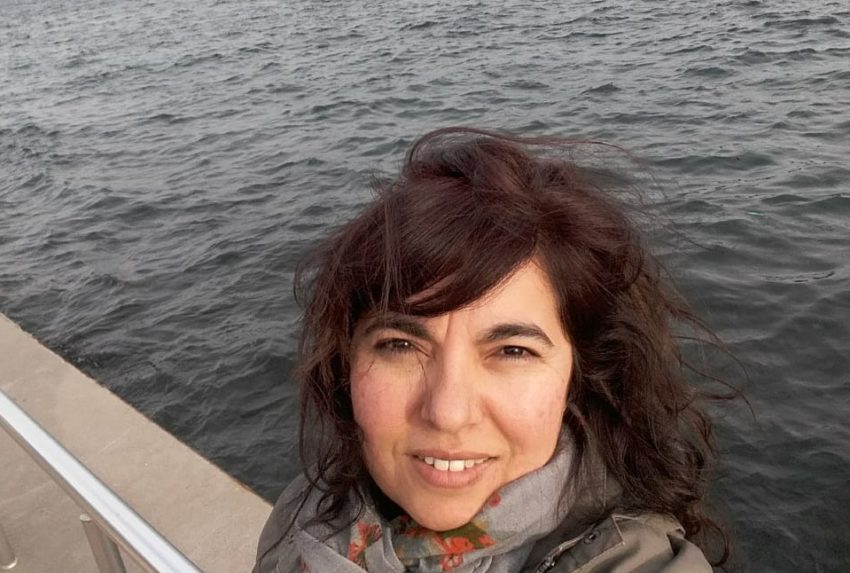