If you’ve tried to get in touch with me over the last few weeks then I apologise profusely for the radio silence. I have been cycling coast to coast across Scotland, far from the reach of my computer.

My wife and I took the long train journey from Brighton to Inverness – you’d struggle to find two further points on mainland Britain. I wish I could romanticise the ‘stunning beauty’of the Cairngorms as ‘our train hurtled through unabated wilderness’, but to be honest, with our bikes in two awkward corners of the train blocking every potential fire exit, I was too busy defending ourselves from onslaught of various ticket inspectors. All in the name of adventure.

From Inverness, we loaded up our panniers and, with all our worldly possessions for the next two weeks attached to our bikes, set off. We journeyed to Loch Ness (Loch Ness Duck pictured below – it does exist!) and ate our fill of neeps, tatties and haggis at the Dores Inn. We stopped by Foyes Falls and, since we were two thirds the way to our first stop with energy to spare, we walked the two miles around the rugged path that has inspired many a poet and painter and discovered where ‘among the heathy hills and ragged woods, the roaring Foyers pours his mossy floods’. 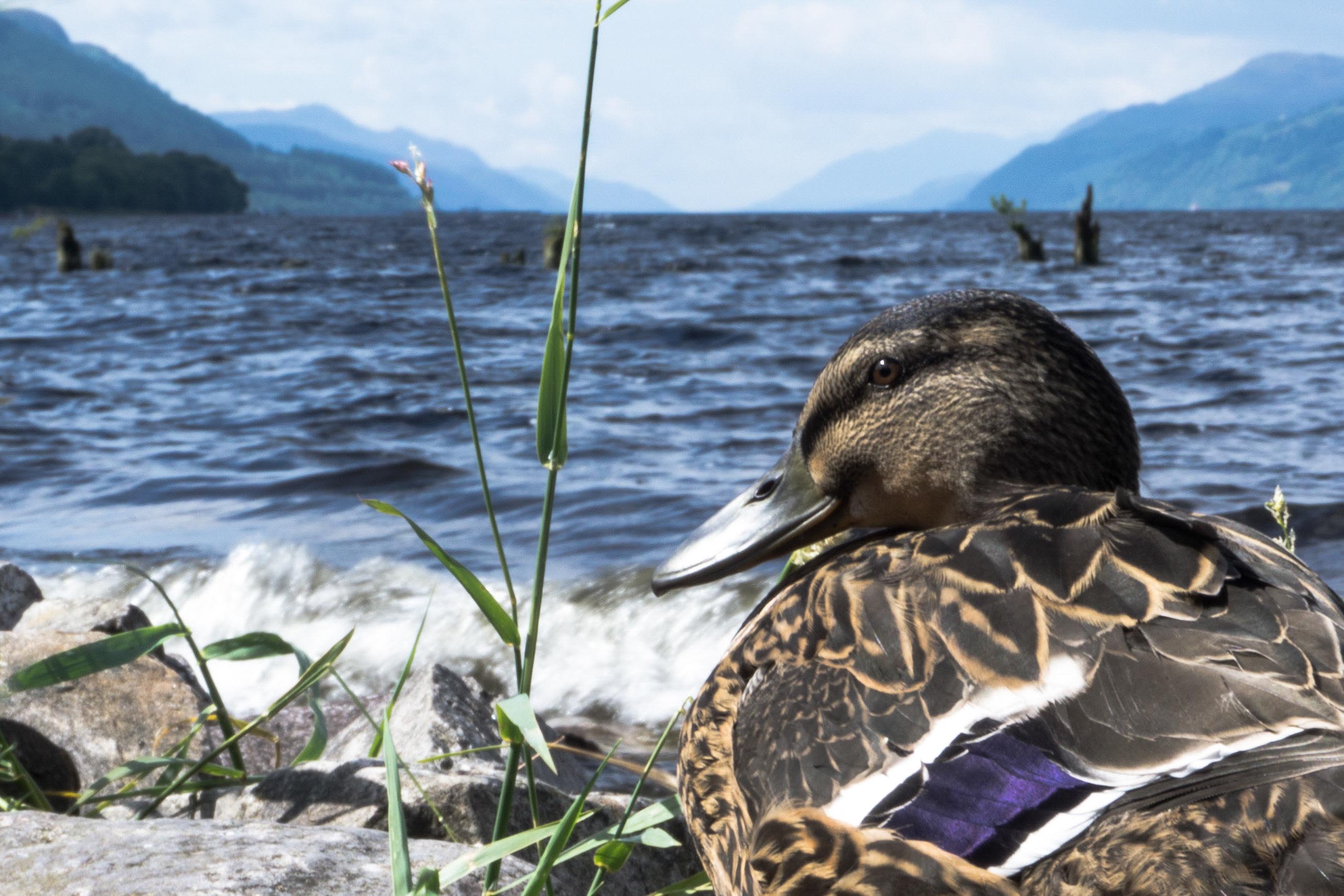 The next part wasn’t such a doss and, in keeping with our predictions for the weather forecast of our holiday, the heavens opened. This was twinned with a prevailing wind against us that, as we ascended a great peak, rose to a climax. We were in wild Scotland. Thank goodness for Lycra. Red deer sprang across the road and we stopped every so often to snap a few shots of the Loch poking through the peaks. We made it to Fort Augustus, which is where our very own Paul Callcutt spent the latter part of his childhood. After the largest portion of fish and chips I may have ever had, I settled into bed for one of the most satisfying sleeps in a while. 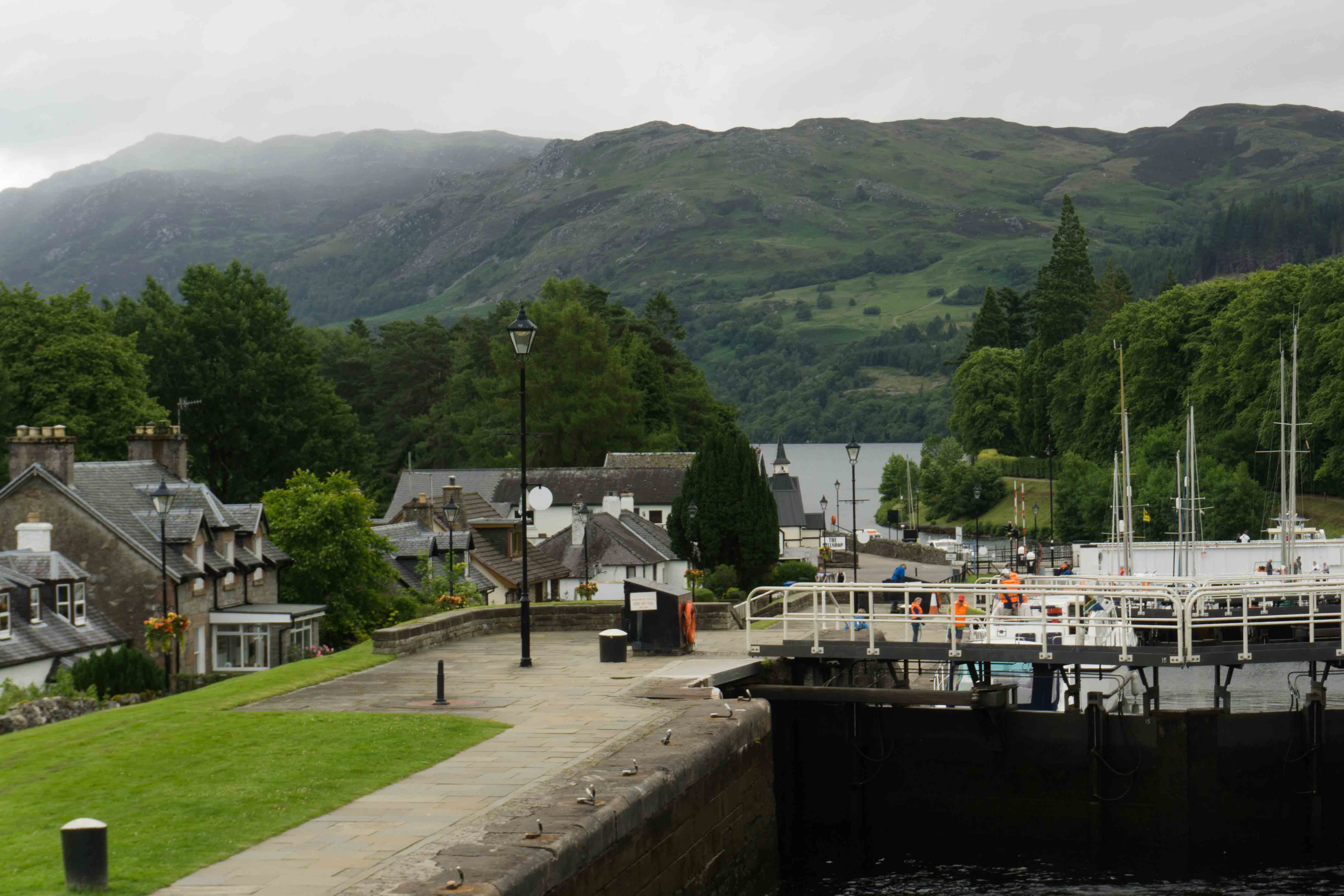 Over the next few days we continued our journey along the lochs, rivers and canals into the mist that seemed to continuously envelope the next part of the trip until we ended up in Oban. To those whisky fans out there, Oban is famously home of the whisky distillery Oban. We did the tourist thing: we went on the tour, and we bought a bottle of the 14 year old. I can’t pretend to know much about whisky, but if you’re ever there, I recommend this over any of the others, which my wife described as like drinking fire; nothing was as mellow as the 14 yo. Aside from this, much fresh lobster, crab, prawns, salmon, oysters and mussels were consumed on the sea wall as we watched fishermen heaving the wriggling crates of the day’s catch from their boats. Onwards. 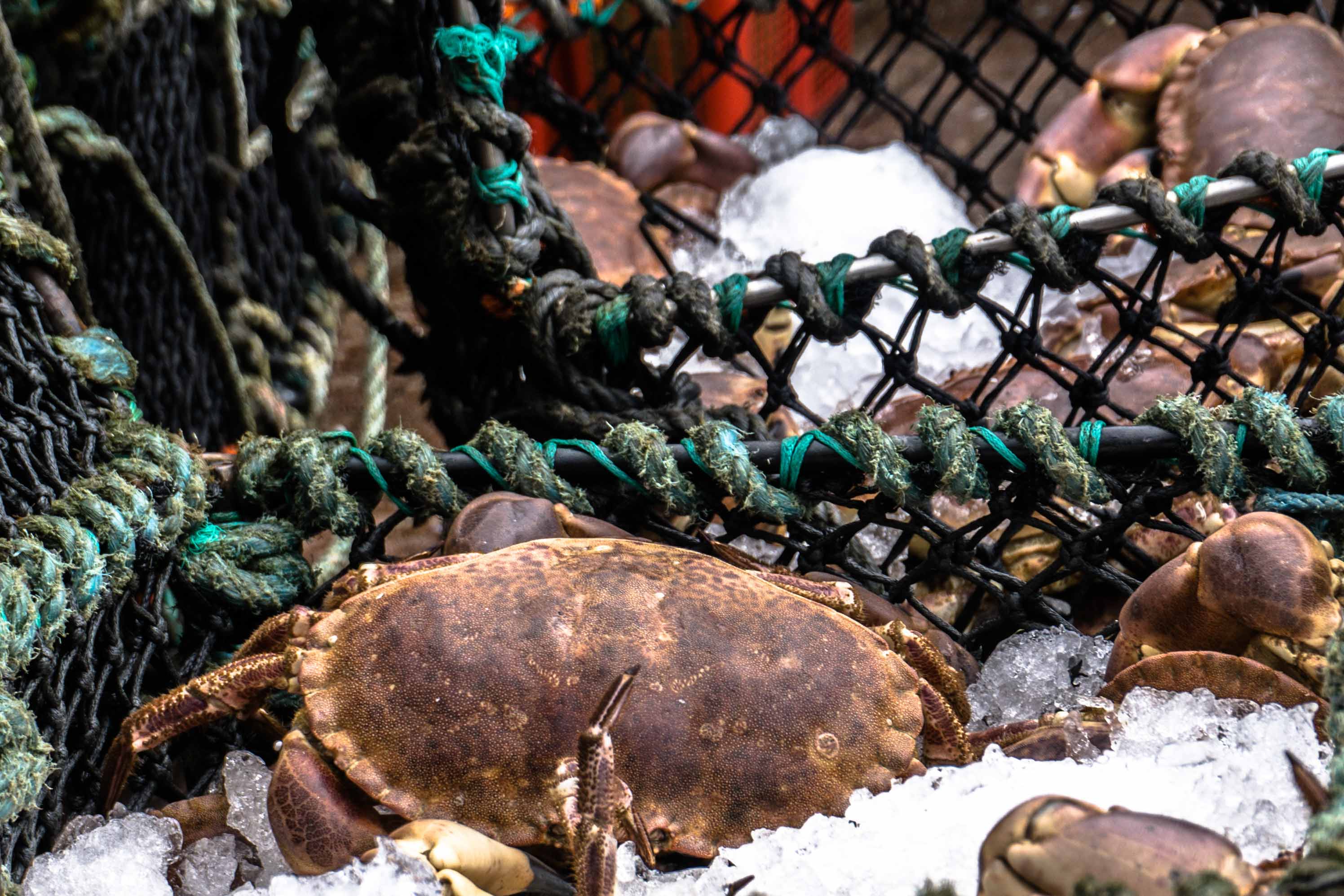 We got the boat across to Mull and cycled the forty something miles to Ffionphort. Beautiful. Wild. Rugged. Conversations we had with people we met made me think not many people passed through these parts and even less with only a couple of bikes and panniers. Each cafe, farm shop, wool mill we walked into, the strength of community was more than apparent. We spent a few days of blissful sunshine scrambling over rocks, catching crabs and finding coves to swim through clear water. 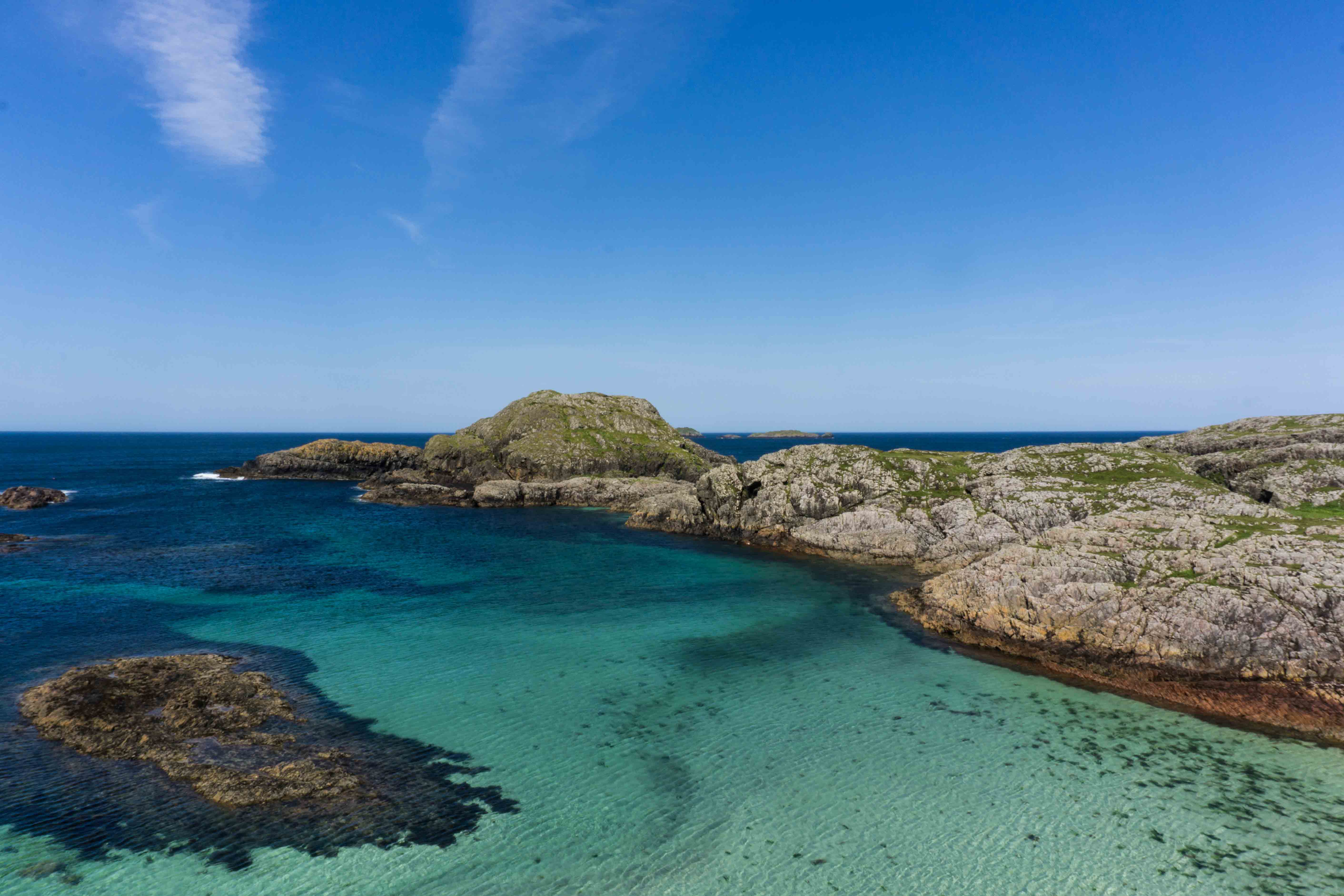 We got the boat to Iona and did much of the same. Iona is three miles long and has a population of about 120 people. Described as the cradle of Christianity in Scotland, its Abbey remains intact to this day and serves as end point for many a pilgrimage, including our own. I feel restored and almost ready to tackle the enormous list of emails waiting for me back at my desk. 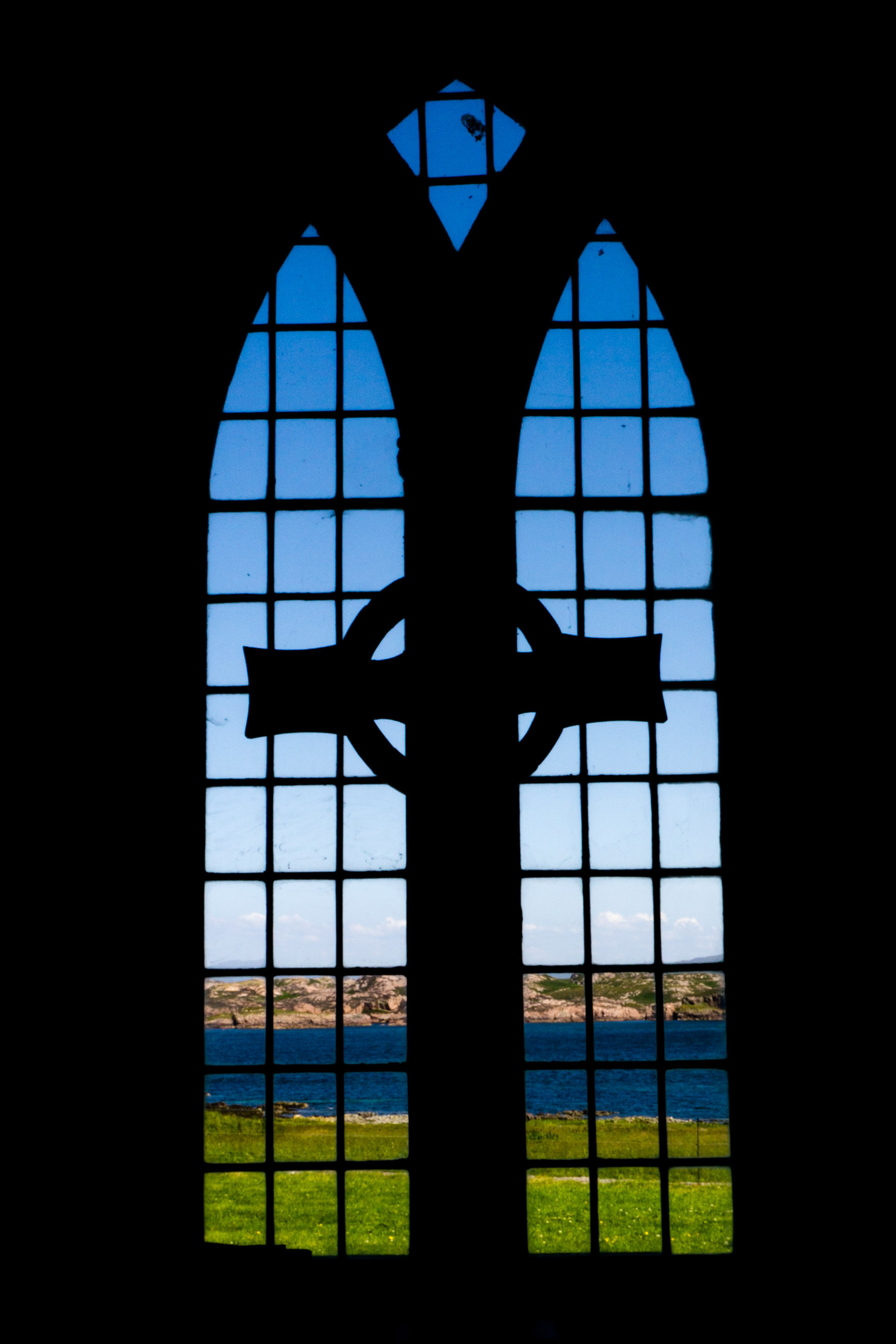