Earlier this month, Ethiopia’s Prime Minister Abiy Ahmed joined the likes of Nelson Mandela, Desmond Tutu and Wangari Maathai when he was awarded this year’s Nobel Peace Prize. In part awarded for ‘the person who shall have done the most or the best work for the fraternity of nations’, the prize recognises Abiy Ahmed as principally responsible for initiating and brokering peace between Ethiopia and Eritrea, and for setting Ethiopia on a path that gives ‘its citizens hope for a better life and brighter future.’

Since Eritrea won its independence from Ethiopia in 1993, both countries had been unable to agree on exactly where the border stood, a dispute that boiled over in 1998, when Eritrea annexed the town of Badme. The next two years saw a war that resulted in the death of tens of thousands, mass displacement on both sides of the border, Eritrea’s loss of its biggest trade market, Ethiopia being unable to access a friendly port, and not anything one would call worthwhile.

The war itself ended in 2000, with Eritrea agreeing to an Organization of African Unity peace framework. However, the dispute continued to simmer for another 18 years. Both countries intermittently disagreed with the Boundary and Claims commissions set up to arbitrate peace. A Permanent Court of Arbitration ruling, finding that Eritrea had acted unlawfully in its annexing of Badme, further aggravated the situation, with mass troop mobilisation along either side of the border. Both countries suffered, though Eritrea – smaller, more vulnerable – much more.

Breaking the stalemate would require something special. Enter the appointment – unexpected and deeply popular – of Dr Abiy Ahmed to the position of Ethiopian Prime Minister, in 2018. While a long-term member of the Tigrayan-dominated ruling coalition Ethiopian People’s Revolutionary Democratic Front (EDRFP), he is an Oromo, and as such the country’s first non-Tigrayan prime minister. He joined the Oromo Democratic Party as a teenager. He possesses a distinguished military career, and knows exactly the cost of the war with Eritrea, having fought in it himself. He speaks several key languages. He has consistently supported the cause of the Oromo and the Amhara, who together make up 60% of Ethiopia’s population of 100 million, and who have long felt underrepresented by the EDRFP. An insider-outsider, highly pragmatic, a serial former of peace forums, he was – and remains – the perfect successor to Hailemariam Desalegn, who stepped down to ‘make way for reforms’. 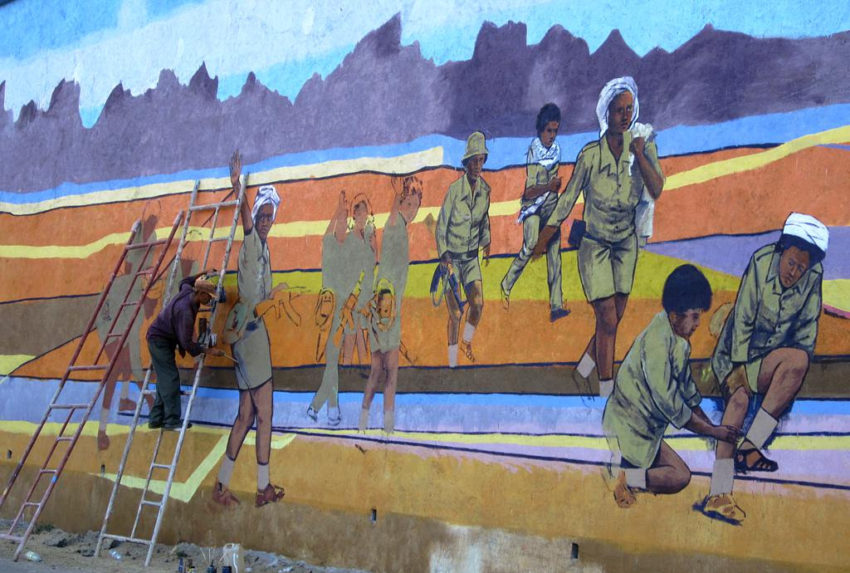 That Abiy managed just this – achieving power peacefully – points to a politician of rare ability. However, it is the speed with which he has made good on his promise to ‘make up for all the wrongs done in the past’ that sets him apart. A year in and his list of achievements, as the Nobel Peace Prize recognises, includes: the release of political prisoners and return of exiled parties; the beginning of reforms of a judicial, military, and security apparatus that has been firmly in the hands of the ruling elite; a women-majority cabinet; a crackdown on corruption; and successful power-brokering initiatives throughout the Horn – most importantly, with Eritrea. He is clearly also extraordinary.

Ironically, when it came to it, peace between Ethiopia and Eritrea was achieved quickly, both countries exhausted by the sheer pointlessness of a conflict described – like the Crimean and Falklands wars before it – as two bald men fighting over a comb. Key to it was Ethiopia’s acceptance of the original peace terms of the Algiers Agreement and the 2002 ruling by the Boundary Commission awarding disputed territories to Eritrea. With the border once again open, trade between the two countries has resumed, and Ethiopian Airlines is flying to Eritrea, unimaginable a year ago.

However, whatever his already extraordinary achievements, we are still talking about the beginning. We are just 18 months into a vision for an entirely democratic Ethiopia, the test of which will come with next year’s general elections. There is much work still to be done, as the Nobel Peace Prize press release readily acknowledges. All the more reason, it goes on to say, for awarding the prize now, so early in his premiership: its recognition of Abiy Ahmed as a man of peace can only do the country – and the region as a whole – the world of good.