The Holiday Villa is sometimes called the Grand Holiday Villa, and its public rooms live up to the full name.

Boasting old fashioned colonial charm and located right on the Nile, the Holiday Villa, whilst not the most modern stay you will encounter on your travels, is nonetheless a cosy place to spend a night or two. 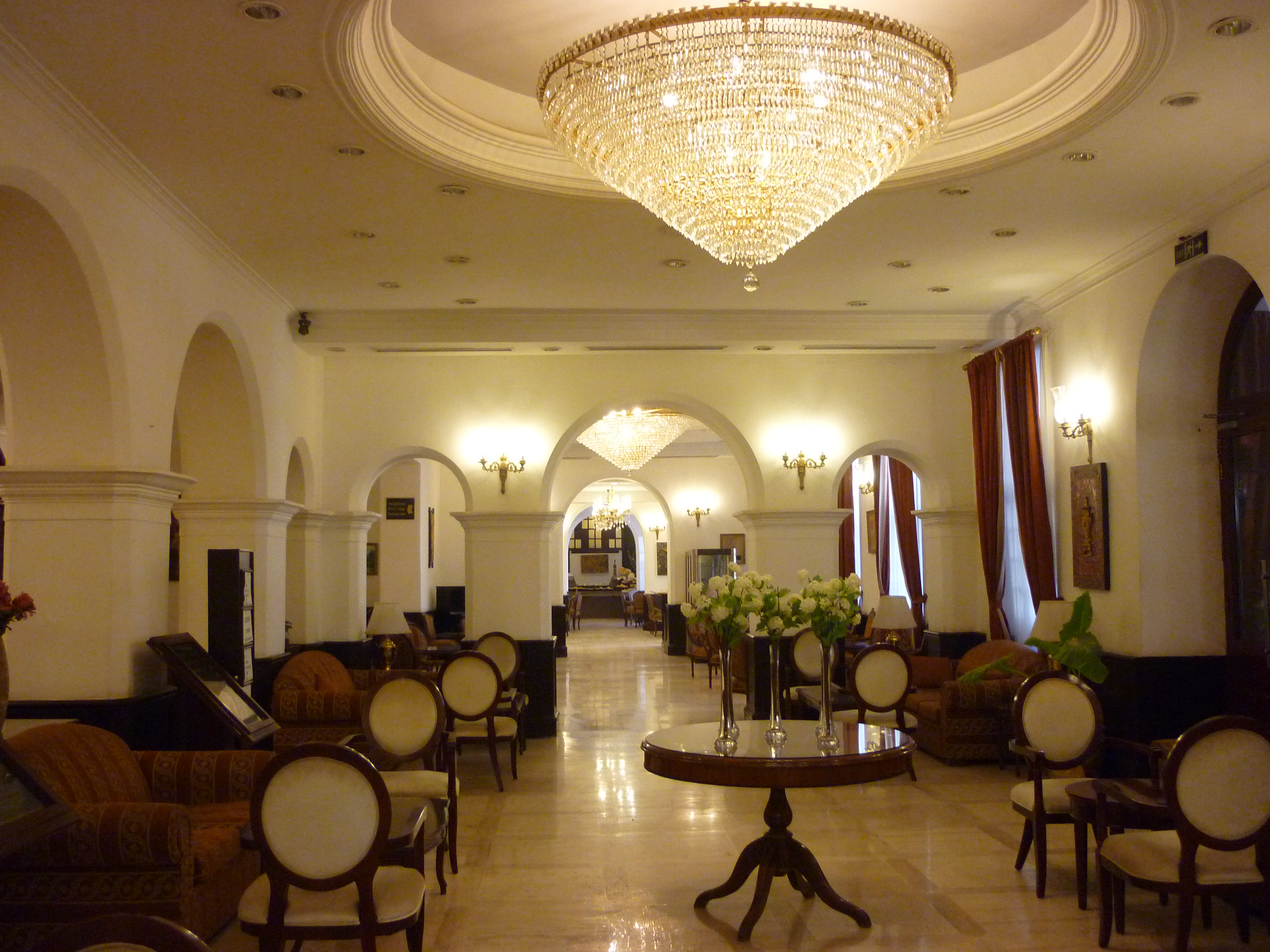 The Holiday Villa is a little faded and its pool, tennis courts etc are definitely so. Don’t bother to eat there but head for a Middle Eastern menu or perhaps try njera and wat from neighbouring Eritrea and Ethiopia. You will have the delights of ful and Sudanese fare on your travels.

There is a Winston Churchill Room; presumably commemorating a stay there rather than that Winston was actually at the battle of Omdurman taking part in the last cavalry charge of the British Army.

Rooms are clean and large, with reliable AC and charming antique furniture. Please note the Wi-Fi can be very slow.

Because of sanctions credit cards do not work in Sudan. The hotel will change money for you as long as they are crisp newish notes, at a much worse rate even than the restaurants.

The hotel is only five minutes’ walk from the National Archaeological Museum and its flashy modern hotel cousin, dubbed Gaddafi’s Egg, now called the Corinthian.

To find out more about The Holiday Villa and to arrange your tailor-made trip, get in touch with us today.