Amidst the gallery forests of the Sangha River, Central African Republic, I followed two light-footed figures through the understory. Both Ba’Aka, a forest people of Central Africa, these men were expert wildlife trackers and pangolin specialists. They signalled upwards to a mass of vines overhead. I heard a noise and watched a stream of falling leaf debris drift down to the forest floor. Dangling from its prehensile tail, hung a black-bellied pangolin harvesting ants with its bizarre tongue. ‘Pangy’, a rather cute moniker, was rescued from a local bushmeat market and released under the watchful eye of the Sangha Pangolin Project.

This was my first experience seeing a pangolin in the wild. Even after years spending many a game drive, forest walk and canoe trip scouring the undergrowth, thickets and tangles of lianas in search of them, these cryptic animals had always eluded me. The truth is that pangolins are very difficult to find, making it a tough task for scientists to study them. Tragic that while we still know so little about these creatures, they are on a fast track to extinction.

As the world’s only scaly mammal, the pangolin’s defence mechanism against predators is to roll up into a ball, locking their scales together. An effective armour when up against hyenas or lions, but quite the opposite when the hunter is a human. Earlier this month, nine and half tons of pangolin scales were seized in Lagos, Nigeria – equating to a staggering 9,500 pangolins. With seizures of metric tons of pangolin scales happening on an almost monthly basis pangolins are now considered to be the world’s most trafficked mammal – due to demand in Asia for their meat, considered a delicacy, and their scales which are used in traditional medicine. The demand is not only Asia based; pangolin meat is also consumed locally in much of their range in Africa. The implications of the loss of such a specialised and evolutionary distinct creature could have far reaching impacts on the habitats in which they occur. Establishing pangolin population estimates will help inform and measure the impacts of conservation strategies. It is now a race against time to learn as much as we can about the four species of pangolins found in Africa before they disappear. 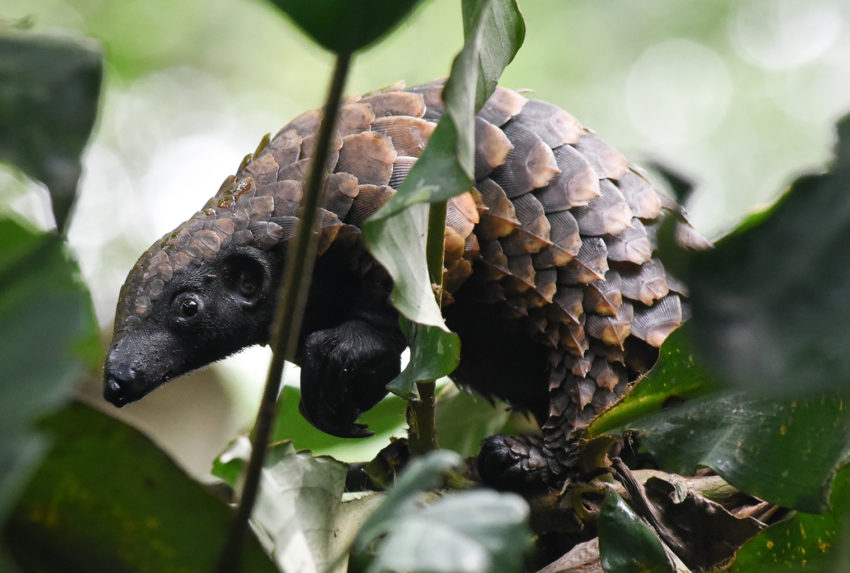 The Sangha Pangolin Project, originally launched by Rod and Tamar Cassidy (who also own and run the nearby Sangha Lodge), continues to grow as more scaly individuals come into their care. Aside from rehabilitation and release, four Ba’Aka team members recently set out to survey the nearby forests to better understand how the wider population is faring. The project also carries out environmental education sessions with local communities focusing on pangolin conservation. Thanks to initiatives like World Pangolin Day, there is growing awareness about pangolins and the threats they face. More and more NGOs are recognising the need in supporting pangolin conservation initiatives across Africa. The Tikki Hywood Foundation in Zimbabwe, for example, has developed many of the methods for captive care and rehabilitation of seized pangolins employed today, whilst the Project Mecistops in West Africa is innovating survey and monitoring techniques whilst providing training locally for the study and protection of pangolins. In Asia, projects like WildAid are also doing vital campaign work to reduce the demand for pangolin scales and meat.

In both Asia and Africa, the link between the consumption of wildlife and zoonotic disease outbreaks have long been a concern to scientists. As the Coronavirus outbreak continues to spread, research by the South China Agricultural University suggests that the virus was transferred from bats possibly to another species and then on to humans. The initial findings of the study have identified pangolins as a possible intermediate host and source of the outbreak. In an attempt to contain the spreading virus, the Chinese government has issued a temporary ban on the trade of wildlife. Although these policy measures are wholly necessary, it is hard not to wonder whether the global rise in outbreaks of zoonotic diseases is inextricably linked to the wider destruction of biodiversity, tipping the scales of nature and pushing her further out of balance. Renowned science writer, David Quammen, has written extensively on this issue in his works like Spillover. In the very same forest that I watched ‘Pangy’ bridge from one tree to another along the thinnest of branches, Quammen reconnected to a startling and yet simple truth. His epiphany was that we too are animals – we share our planet with other animals, we share diseases with other animals, and biodiversity loss and the imbalance that ensues is not only detrimental for wildlife, it is detrimental for us.

Wildlife reserves, protected areas and all pockets of land that give some room for nature to find balance with humanity are essential. A visit to these places can add to their value and have a huge combined impact on ensuring that they continue to exist. If you are reading this, today on World Pangolin Day, try find a moment to watch the informative documentary Eye of the Pangolin, if social media is your thing why not share a pangolin post, or simply tell a friend about the plight of these amazing animals.

Zanne Labuschagne is an Africa-born conservation biologist with a passion for finding community orientated solutions for the protection of the world’s remaining wild places. Having grown up in protected areas in Malawi, Tanzania and Chad, she recently completed a four-year stint working in the Nouabalé-Ndoki National Park in northern Republic of Congo. She is currently an independent conservation consultant, exploring a love for writing and telling good-news stories of conservation efforts in Africa. 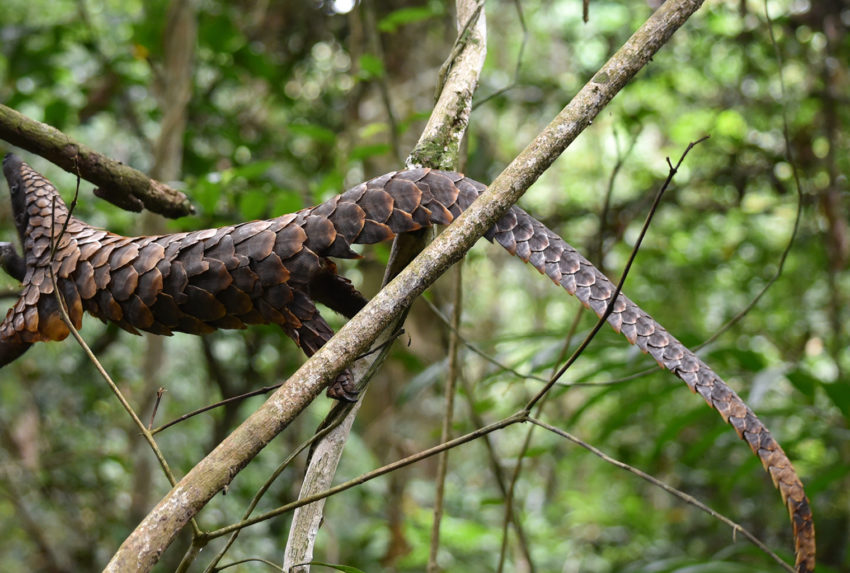