In our brochure, Experience, which is set out as a calendar, we highlight Borana Ranch in Kenya for the month of July.

I stayed at Borana Lodge last year, which is just one of four other lodges on the ranch – the others including Arijiju and Sirai and new private home a stone’s throw from the current Borana Lodge. For an activity-fuelled holiday, I can certainly recommend this area.

While there, aside from the obligatory wildlife drive and walk through the ranch, we also took a horseback safari, flew around in helicopters, and rode around on mountain bikes – the briefing of which I remember being something like ‘when we go through a dip or anywhere near bushes, whatever you do, don’t stop pedalling – there could be a lion ready for us.’ Our guide, an ex-mountain bike champion, was only half-joking. This is, after all, the bush.

We were here for two days, and just at Borana Lodge. Aside from the abovementioned activities, there’s long list of things to do, both at Borana and the other lodges, including running through the bush, quad biking, fly camping, fishing and even paragliding, all of which ought to be seen through the lense of the conservancy’s unbelievable wildlife offer: I remember Will Jones and I stopping on a hillside and counting everything we could see 360 degrees around us in a radius of about half a mile from this one spot: seven lions, two cheetahs, two white rhinos, a black rhino, some elephants, impala, zebra, buffalo, reticulated giraffe and more.

Michael Dyer, current owner and manager of Borana Lodge and part of a third-generation British-Kenyan family who run Borana Ranch explained to me how it works. ‘Our model is a little bit different from other conservation models in that we want to use private sector commerce and tourism. So, the best thing you can do is come and stay with us and we’ll use the revenue wisely.’

He also went on to tell me that Borana is in the unique position where it’s the only place in Africa cattle are grazed across the ranch without a fence and aren’t being killed by predators, such is the health of the ecosystem. I can vouch for this: not one lion that waltzed past us that day looked in the least bit interested in the cattle, such was the protrusion of their bellies from gorging on readily available prey.

So, friends, your call to action: There is no place like Borana and the best way in which to support it also luckily happens to be the most exciting – go and visit! 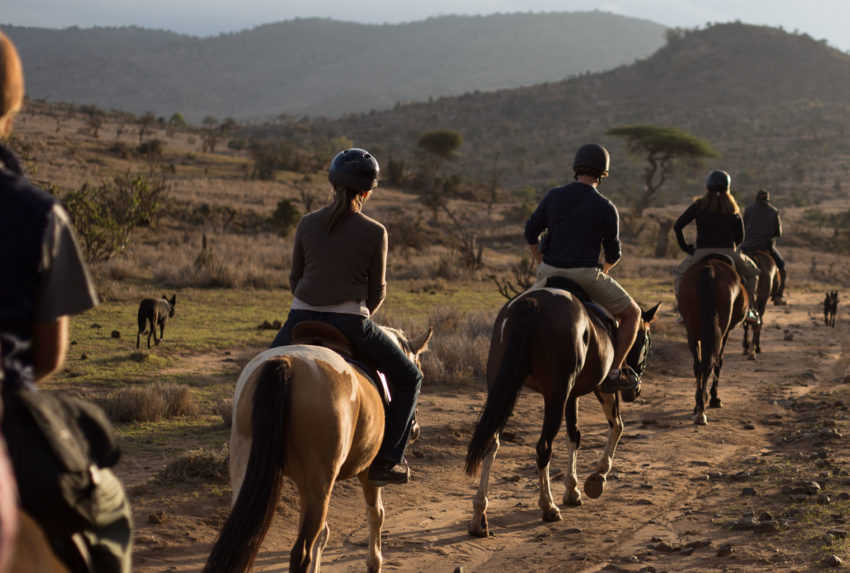