Please note this blog is the second part of Incentivising Peace in Areas of Conflict, which is about the work of Concordis and is based on an interview with Peter Marsden. The first went into the background of Marsden’s work and looked at the importance of trade as a means of incentivising peace in South Sudan. This part looks at Marsden’s work in the Central African Republic (CAR).

‘Central African Republic is an amazing country: it’s mountainous, it’s forested, it’s got great rivers flowing through it with waterfalls and huge areas of completely unadulterated forest. I’ve flown over it a few times on UN flights because it’s a bit dangerous to drive through, but flying over, you just see this stunning landscape. The other thing is it’s amazingly rich with natural resources – diamonds literally just in the rivers, a lot of gold, oil, hardwood and has a lot of wildlife.

Unfortunately, it’s quite difficult to navigate across, transport is difficult, it’s landlocked, and has difficult relationships with some of its neighbours, so trade is very difficult. So, even though in terms of natural recources it’s unbelievably wealthy, it’s currently sitting at 188th [second to last] on the Human Development Index. 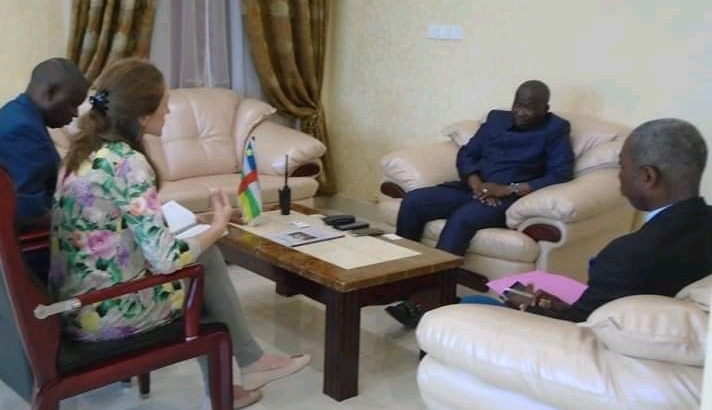 Officially, the conflict in CAR is a civil war involving the government, rebels from the Séléka coalition and the Anti-balaka militias, but as always, religion, which, particularly in times of conflict, can often be a way of people identifying ‘the other’, has become a part of it.

‘We could get into a discussion about whether religion is the cause or symptom, but the long and short is that a group that predominantly identifies as Muslim has seen itself pitted against a group that identifies as Christian. It’s something that we’ve seen in Iraq with the sectarian violence, something we’ve seen in Northern Ireland, and there’s something about religion becoming part of the conflict that really cuts to the core of those involved.

‘So again, something that we’re working on is the question of how you put a society back together when there have been horrendous attacks from one group to another and vice versa, with tens of thousands killed and displaced from their homes. One of the things we’re particularly looking at working on is again this question of nomadic pastoralists and herders and settled farming communities.’

In part one of this blog, we heard of the work Concordis has done to help facilitate discussions between nomadic pastoralists negotiating corridors through the land of settled farmers in Abyei, Sudan / South Sudan and how both can hugely benefit from these discussions, resulting in a vested interest in the other side thriving.

‘[In CAR] the settled farming communities would identify as Christian and herders would identify as Muslim. Historically, these groups have been able to coexist relatively comfortably, even to mutual benefit. So again, if one person’s livelihood depends on the other not only surviving, but flourishing, you can change the incentives that act on people. That’s a big part of what we’re trying to do. Within that context there’s a huge amount of banditry and lawlessness. Negotiating passage with different generals and commanders who control different roads is necessary. And trying to find some of the root causes of these conflicts.’ 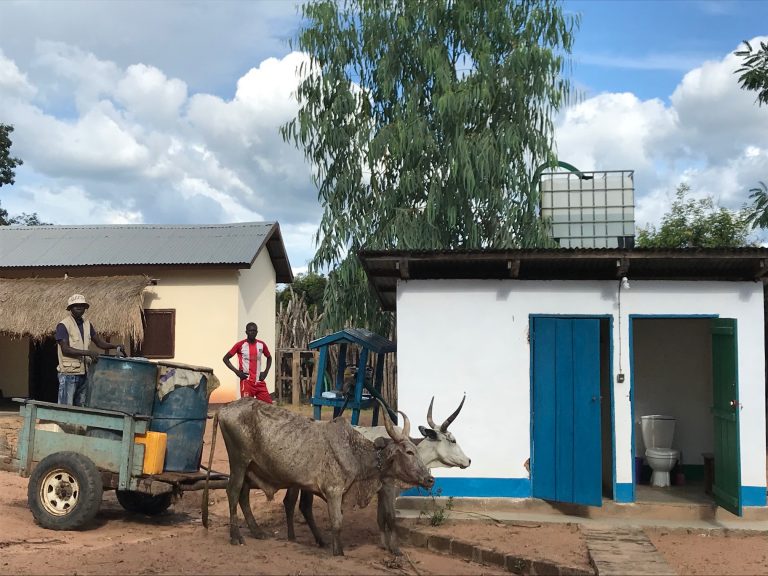 Marsden went on to tell me about the length of time and complex nature of putting together a programme like this and after recce-ing back and forth to build relationships with as many people as possible over the last two and a half years.

‘As a bunch of foreigners, if we’re going to get involved in someone else’s country, the least we can do is to be as well informed as we can be, which involves reading as many things and talking to as many people as possible – whether that’s people in government, or local people in the villages – and try to get a really good understanding of what’s going on. The second thing is to pitch up with absolute humility, with no presumptions on how someone else should conduct their affairs. That’s a large part of our methodology.

‘So, I’ve been going there now for a couple of years and we have just set up our office. We have a chef, who is a lovely Congolese man called Toby and we’ve got a finance manager who is an Ivorian called Richa, and then we’re putting together a team of Central African Staff and they will be delivering this work – and a key part of what we’re trying to do is that this is a locally-owned programme. We did need to get an expat in to do the finances and another to run the programme, but they’re from neighbouring countries as opposed to expats from Europe, which is a very important part of the methodology of what we’re trying to do.

‘They are setting up the office and getting that established and I’m currently doing some training with the wider team, with people who will be facilitating dialog. We’re talking with local people to understand what their needs, fears and concerns are, and to start bringing people together for these dialogs to look at how the future could be better than the current situation.’

Please see the video below for an update on the most recent trip:

Once again, thanks to Peter Marsden for sharing his experience and expertise, this time on CAR. As previously said, there is a great deal of cross-over with regards to Wild Philanthropy’s aims in at-risk ecosystems and Marsden’s work, particularly the emphasis on trade as peacemaker. In the meantime, if you’d like to know more about how your travel can support at-risk ecosystems in Africa, please do get in touch.