On 20 July I will be joining some friends in a football marathon here in Brighton. It involves playing non-stop six-a-side against other teams for 12 hours. The reason will be to raise funds for a charity called TackleAfrica. The charity was set up to raise awareness for HIV/AIDS in places where there is less knowledge about this issue.

In the UK, North America and other more economically developed countries (MEDCs), the average life expectancy for people infected with HIV who are receiving treatment has dramatically increased with antiretroviral treatment (ART). Some anecdotal evidence even suggests it could be higher than average, given that regular check-ups mean other health issues are flagged up where they may not otherwise be.

Whilst this is wonderful news for people living with HIV in MEDCs, in many other places, particularly countries in Africa, there can be difficulty in access to healthcare and treatment for people living in more rural communities, as well as a lack of awareness around the subject.

According to the World Health Organisation (WHO), two thirds of new HIV cases globally are in Africa. It is estimated that only 60% of these are receiving ART. A lot of work has gone into increasing awareness at community level. Interventions such as Médecins Sans Frontières’s Bending the Curves has had enormous success. In KwaZulu-Natal the project’s 90-90-90 target’s have been hit a year early: 90 percent of people with HIV in the region know their status, 94 percent of those are on ARTs, and 95 percent of those have a suppressed viral load  – meaning the treatment has caused the virus to fall to an undetectable level.

Awareness of HIV is crucial. Using football coaching sessions and tournaments to give young people information, skills, and the access they need, TackleAfrica helps young people take control of their sexual health, training up local players, coaches and teachers to be able to deliver these sessions. The charity currently works in 10 countries and reaches over 20,000 young people, supporting individuals around issues of HIV, family planning, child marriage, and FGM.

So, on 20 July I will be attending the aforementioned football marathon. Stay tuned for updates and if you’d like to support TackleAfrica, please visit their website. 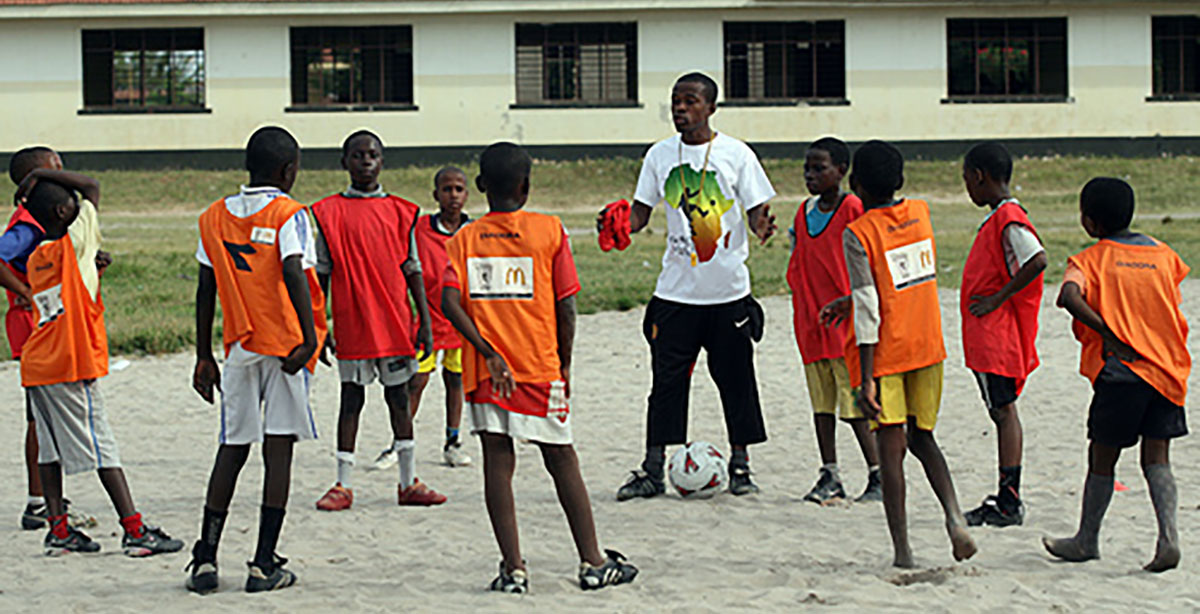