As seems to be a regular occurrence these days, the JbD/WP team hit up the Royal Geographical Society in London for what was billed as a ‘lesson on the future of African Wildlife and communities.’

In a nutshell it was news from the bush, specifically that of Lewa and Il Ngwesi, with four key players giving their tuppence: Mike Watson, CEO of Lewa Wildlife Conservancy, Geoffrey Chege, head of conservation at Lewa, Simon King, wildlife presenter and photographer and Kip Ol Polos, the chairman at Il Ngwesi. A solid line up.

I was particularly interested in the latter two, and for a couple of reasons. Simon King I grew up watching on Big Cat Diary, Springwatch and other TV shows, the sort that, as an inner-city Londoner, was something of an inspiration that would go on to feed what is now a passion for the natural world. He took us through some of his story: how he first became inspired by the natural world and then spending two years looking after two male cheetah cubs in Ol Pejeta, effectively being ‘Mum’ until they were old enough to fend for themselves.

‘Unfortunately, one of them was killed by a lion and Toki, the other, really lost a lot of confidence after that. It took a lot of work for him to begin properly hunting again. Then one day I was tracking him with the radio collar he was wearing through some thick vegetation. When I finally found him he had this smug look on his face and looked plump with a kill right next to him. Good for him, I thought, except that then I looked up and right next to them was a rhino mother and calf.

‘Cheetahs aren’t bothered by rhinos, but humans are! Toki always used to play this game with me. I felt the wind behind me, and thought, yes, the rhino’s definitely smelt me and saw her ears facing toward me, and thought, yes, she’s definitely heard me. Then she charged. And I ran. And as I was running, I eventually began hearing this snorting sound behind me and just as I was within probable stabbing distance from her horn, I dived to the side out of the way and here I am today alive and well.’

Simon then went on to talk about stewardship of our own countryside, which ‘has been used and abused to within an inch of its life. It’s all because of this,’ he said, flicking to a slide of a pile of cash, ‘that our countryside is disappearing. But If you have this,’ he said, flicking through to a picture of a single pound coin, ‘you are empowered to walk out of here and spend it on anything you like. You’re empowered to make the change.’

The real showpiece for the evening was my good friend Kip. You may remember my time spent in Kenya in October. Whilst Kip is the chairman of Il Ngwesi where I visited by helicopter, I actually met up with him working with Lara and Ninian Lowis, as a private guide in the Mara down south. Kip’s story started at Il Ngwesi, growing up with his grandparents.

‘The colonialists used to take native Kenyans and arrest them for no reason, so they would have to be in the army, and so I never met my parents.’ He went on to describe the adventure of growing up at in Il Ngwesi. ‘I was one of the few Maasai people who knew how to swim. Because there was so much wildlife around – elephants, lions, leopards – I would sometimes come to school half a day late having gone for a swim in a local river and just tell them that there was a herd of elephants in the way. But it was sometimes worth going to school because we were only allowed to play football if we attended classes.

‘Il Ngwesi has lot of wildlife but no rhinos. My grandfather used to sit under the three with us and tell us stories about rhinos. To us, as far as we were concerned, he was telling us some boring story of these dinosaurs that we weren’t sure really ever existed. None of us had ever seen one before.

‘When I grew up a little, I remember this guy, Ian Craig, a white guy, coming and telling us about conservation and how we can benefit the community by turning it into a conservancy. I was the only one at the whole gathering that stood up and said: No. We can’t trust this guy. All I could think about was the history of the colonialists and all the bad stuff they had done.

Ian Craig is the founder of Lewa and a champion of conservation – in particular the community conservancy structure, but that’s a blog for another day. The KWS had then organised a fam trip for the ‘trouble makers’ like Kip to come and see how the conservancy structure worked.

‘I remember one of the top guys taking me to one side and grilling me for about an hour. The thing that really changed my mind was when he explained the conservancy structure. ‘Why do you think the land belongs to you?’ he asked us. And I answered, because I was born there. He said again, ‘How do you think anyone else will know that the land belongs to you.’ And went on the explain that this means nothing unless you have a piece of paper. That was when the penny dropped. Long story short, they got us all to agree and Kenya’s first community-run conservancy was born.

It was around about now that Kip told us the great news going forward. ‘So, where do we go from here? The big news is that as of today we are announcing that the fence between Il Ngwesi and Lewa conservancy is coming down.’

This is wonderful. The most obvious impact would be that rhino from Lewa, which holds 14% of Kenya’s rhino population, would now be able to move freely into Il Ngwesi. Also, it’s a huge sign of trust, confidence and reconciliation from one conservancy to another. The only question was as to when this would happen. ‘When we have enough funds!’

So, northern Kenya is a very special place, from the salty expanses of Lake Turkana to the plains of Lewa. There is a lot to be excited about. Simon and Mike both separately admitted that when they first stumbled across it, they hadn’t meant to stay. Simon’s was after having filmed in the Mara for years, he was invited to go and look after the very cheetah cubs that would end up spending several years afterwards with. Mike’s had been a motorbike ride in which he intended to end up in South America. He never got further than northern Kenya.

Which just leaves time for me to thank you for reading this blog, and let you know that, if you’re as excited as me by the prospect of the fence coming down and the possibilities it opens up, there are two things to be done, in no particular order: contribute to Kip’s fundraiser and / or visit. Do get in touch if you’d like to learn more about travelling to northern Kenya – or indeed anywhere else in Africa. We’d be glad to help. 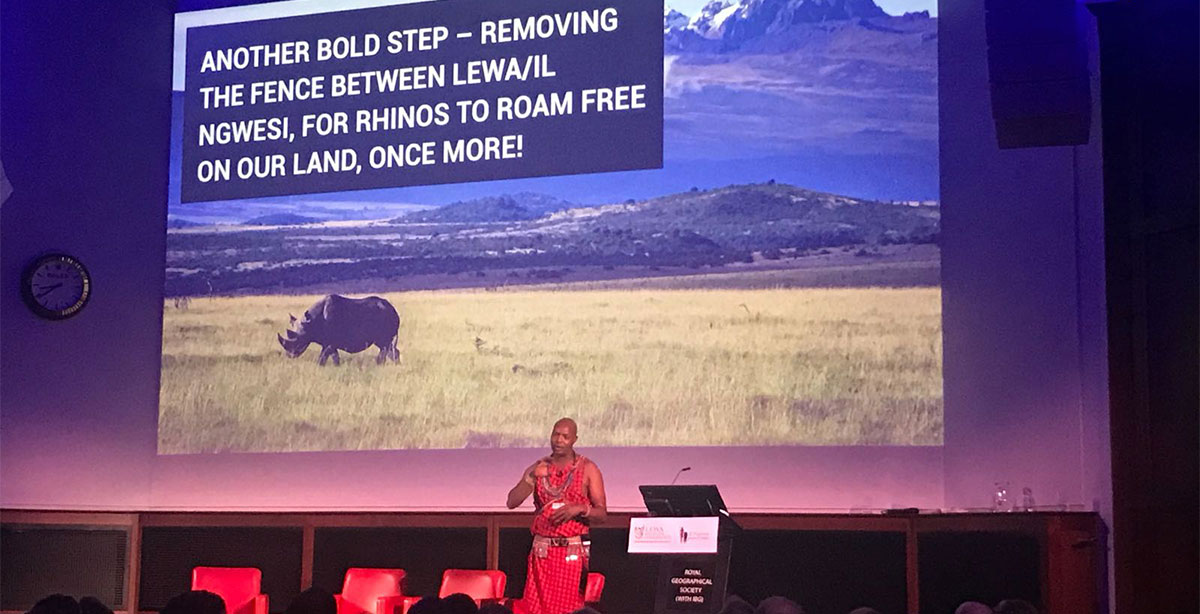