You may have heard recently about Omo, the leucistic giraffe, discovered by researchers Dr. Derek Lee and Monika Bond in Tarangire. Named after the brand of washing powder, at 15 months old, Omo continues to browse the acacia of this rich ecosystem.

At this age, giraffes generally outgrow most top predators and, further, due to their fortunate position as Tanzania’s national symbol, they’re highly protected. This makes poaching the only threat here for Omo. It is, sadly, a substantial one. According to the Giraffe Conservation Foundation, the continent-wide population has dropped by 40% in the last 15 years. Large and striking, they make for easy pickings for bushmeat, where on the Nairobi black market (for example) they fetch $360.

Key conservationists in and around the area will keep a close eye one Omo, who it is feared will be an easy target. Fabia Bausche and Nicholas Negre, who run Chem Chem, are among these. Although delighted with Omo’s progress, for them, added to running not just a luxury lodge, but their anti-poaching project, LiveWildlife, a rare white giraffe splashed across the world’s media is a mixed blessing, both wonderful and a magnet for unwanted attention. 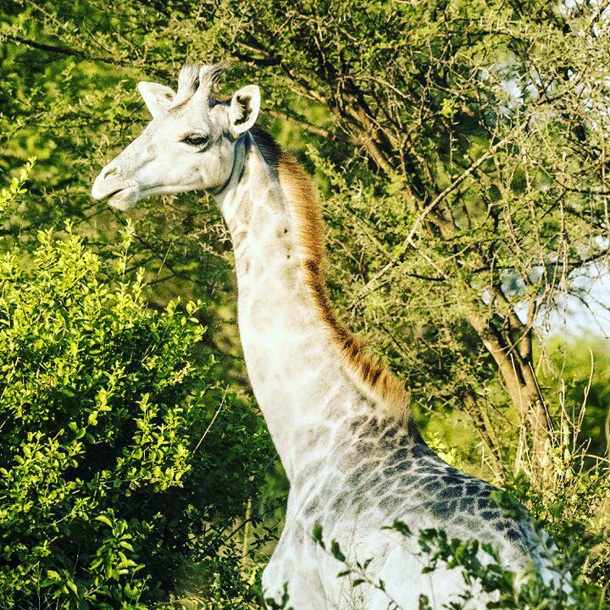