The African wild dog is increasingly known as the painted wolf, after the BBC’s 2018 Dynasties programme, which championed the translation of its scientific name, Lycaon pictus. With just over 5,000 left in the world, rebranding the wild dog as the poetic painted wolf is clearly an important move if it is going to survive as a wild species. If you haven’t had the chance to watch the programme, especially the Painted Wolf episode, please do. It was entirely shot in Mana Pools National Park in Zimbabwe. It is a story of survival and is breathtakingly beautiful.

In the same year of BBC filming, I too visited Mana Pools and began to understand the depth of difficulty the team must have faced trying to capture them. A touch of luck needs to be on your side, as they cover ground quickly, and more often than not, they run into you – rather than you being able to catch them. On one day, when we had been in the vehicle for a couple of hours, we simply kept missing them, one time seeing their dust trail not far in front. On another day in the vehicle, we turned a corner and they appeared, heading straight towards us. 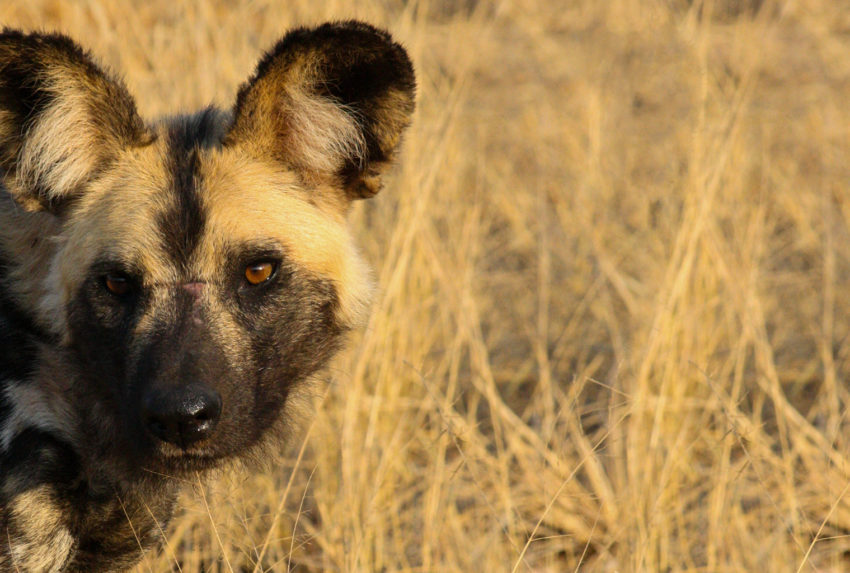 Saying this, Mana Pools, a UNESCO World Heritage site, is one of the best places in Africa to see wild dog. It’s known for its walking safaris and is the only national park in Africa where you can still walk without a guide – though I should say that having a guide not only enhances your chance of seeing wild dog, but is also safer. Here, the painted wolf is more familiar with humans walking, and the opportunity, therefore, to get close to it is unrivalled.

The sheer stamina of the painted wolf, combined with its intelligence, makes for the most formidable of hunters. Tactically, they work together, an individual in the pack taking lead position, trailed closely by the rest, and continuously swapping when one tires. When you have up to thirty wolves in a pack, their success rate can be as high as 80%, which is much higher than lion, leopard and cheetah.

Make no mistake, these are wild dogs, but Mana offers this rare gift of getting close and personal, without invading their hunting or affecting the social sophistication of the pack; something which makes them incredibly fascinating and entertaining to watch. In fact, they really aren’t fussed about you at all. It is us that will want to sit and observe; if we can catch them that is. 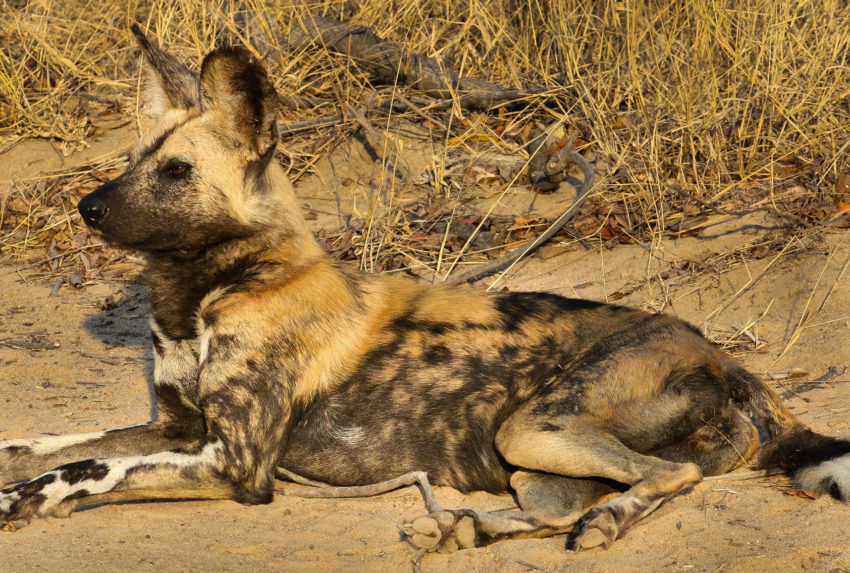 If Jamie’s blog on tracking wild dog has intrigued you, please don’t hesitate to get in touch. We’d love to chat.