In the shade of the Forodhani Gardens, the powerful voice of Senegal’s Mamy Kanouté  – accompanied by the kora – pulls in a growing crowd. The Kaskazi wind stirs from the north, easing the thick coastal air and hastening the dhows into harbour. It is the second day of Sauti za Busara , a four-day music festival held in mid-February in Stone Town on Unguja – the largest island in Tanzania’s Zanzibar Archipelago. The Forodhani Gardens stage is one of three at the festival showcasing performances by artists from across the continent, and is the only one that is free of charge. Each afternoon, a diverse crowd gathers; a melange of tourists from the mainland and further abroad, Unguja residents, and local kids dashing back and forth between the music and the warm waters of the Indian Ocean.

The festival’s two main stages are located within Stone Town’s historic Old Fort, built by the Omani Arabs in the 1700s from the ruins of a Portuguese trading post. Framed by the fort’s stone walls, the amphitheatre is set against the impressive Beit Al-Ajaib, better known as the House of Wonders, and serves as a fitting location to soak in the sounds of the archipelago’s signature Taraab music. Legend has it, Taraab was first brought to the island by Barghash bin Said, the second Sultan of Zanzibar. The House of Wonders is one of several landmarks built during his rule, and its huge doors were designed so that he could enter riding on the back of an elephant. Almost a century on, just a stone’s throw from those massive doors, a young boy named Farrokh Bulsara was busy finding his own feet in Stone Town’s streets. Farrokh’s dreams surpassed even those of the Sultan; he would later become Freddy Mercury.

With over four hundred artists from across the continent, Sauti za Busara – which means “sounds of wisdom” in Swahili – is about ‘celebrating African music under African skies’. Stages are beautifully lit and the sound is professionally engineered. Although the majority of performers are from East Africa, the festival also offers space for representation from further afield for innovative and original artists. On the main stage, local feminist dynamo Amina Omar, front-woman of the Zanzibari group Siti & The Band, spoke warmly of their recent tour to Sudan. After issuing a warning – ‘don’t believe all you read on social media’ – she described a beautiful and open people and one of the kindest countries she had ever encountered. The message from performers like Omar, and festival director Yusuf Mahmoud, was clear: music knows no borders; it makes us happier; it brings us together.

A Sauti za Busara experience does not have to be four days in full festival mode. A UNESCO World Heritage Site, Stone Town has so much to offer between performances. I love exploring the narrow backstreets of the old town with its intricately carved wooden doors and balconies, stopping for a sugarcane and lime juice on a baraza, the traditional cement benches in front of many Swahili buildings. Or meandering along the seafront watching the dhows sail past as the island’s young aspiring-acrobats flip and tumble into the ocean. The old town has a lot to offer in terms of coastal style – hand-woven kikois, the khanga sellers in the back-streets near Chavda Mosque and the hidden treasures of the ‘Zanzibar Curio Shop’. The latter’s name’s will no doubt put many off, and serves as fair description of the shop’s forecourt, but venture deeper into its interior and cabinets overflow with an eclectic collection of artefacts and antiques from across the island, the continent and beyond. 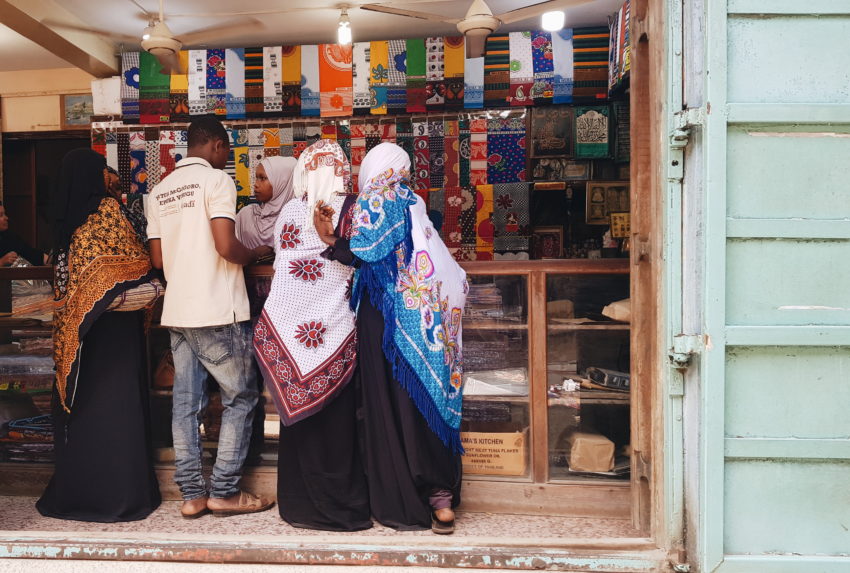 On my final day in Stone Town, I visited the Dhow Countries Music Academy (DCMA). Set within the beautiful Old Customs House on the waterfront, I was welcomed by the sounds of violin, oud and saxophone drifting through historic halls, down the arched staircase to the central courtyard below. A non-profit organisation, the DCMA preserves, develops and promotes the unique musical heritage of Zanzibar and the Swahili Coast. The majority of its students cannot afford to pay the academy’s tuition fees, which thanks to donor funding are set at an absolute minimum; for them the DCMA provides free music education. The school sees music as a catalyst for development and a tool for social change and youth empowerment. Their vision is taking hold: in just 12 years, over 1500 students have graduated from the DCMA, many of whom now hold successful local and international music careers. The school helps find job opportunities for ex-students and works with the tourism industry on the island to organise concerts and performances. Each year at the Sauti za Busara Festival, DCMA’s alumni showcase Zanzibar’s rich music culture.

I left Zanzibar with a real sense of optimism. The hopeful stories from the DCMA chime with a growing sentiment across the mainland. Results from the recent Africa Youth Survey show that two-thirds of young Africans feel that their continent is heading for an era of success, and crucially, they feel up for the task of getting us there. Festivals like Sauti za Busara are providing wonderful platforms for young Africans to showcase their artistic talents. It’s a powerful reminder that a trip to Africa can be so much more than just ‘safari’; the continent’s urban areas have so much to offer – innovation abounds, beautiful design that is proudly African is around every corner, a whirlwind of culture, colour and sound. 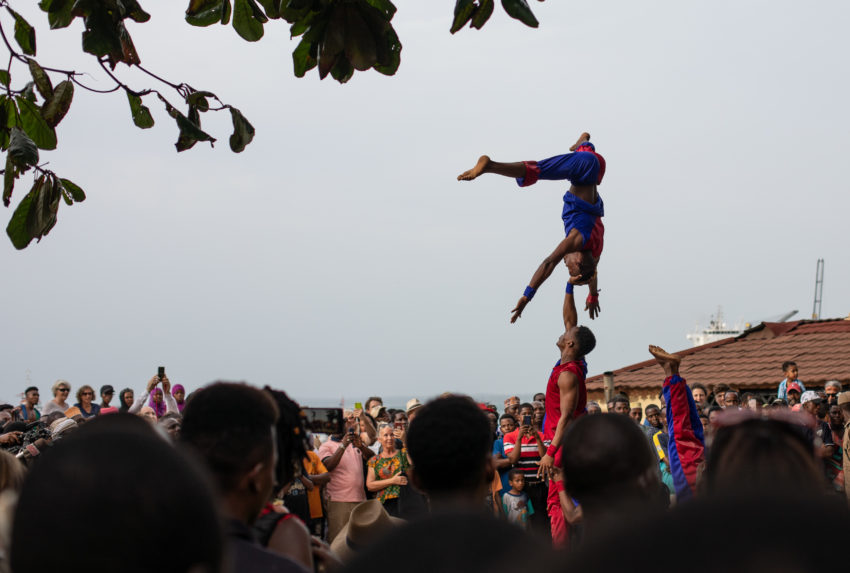 Zanne Labuschagne is an Africa-born conservation biologist with a passion for finding community orientated solutions for the protection of the world’s remaining wild places. Having grown up in protected areas in Malawi, Tanzania and Chad, she recently completed a four-year stint working in the Nouabalé-Ndoki National Park in northern Republic of Congo. She is currently an independent conservation consultant, exploring a love for writing and telling good-news stories of conservation efforts in Africa.