Recently, I had the privilege of putting together an itinerary for the De Leener family, a lovely bunch of people who have travelled with us twice before. Having created a couple of journeys for them previously, I had quite a good idea of what they were looking for in a safari and got to work.

With the De Leeners being so well-travelled, I really wanted to give them an experience that was different to anything they had done before with us. We opted for a combination of South Africa, Mozambique and Botswana, in that order. The family had travelled to the Kruger once before. However, they’d only seen the southern and central areas, and not yet ventured into the northern Kruger, which is more remote and often less crowded, the area being less well-known.

The family’s second stop was intended to be a contrast to the dry landscapes of the Kruger with the intention of giving the family a variety of experiences. Unsurprisingly, Santorini in Mozambique delivered, as Erika reported:‘Santorini was just beautiful, from the villa to the islands and ocean, there is nothing quite like it’. One of the De Leeners’ highlights of that leg of the trip was snorkelling and venturing on the surrounding sand dunes. Personally, I’m a big fan of Mozambique as it is incredibly idyllic and still relatively untouched. Not many people know the true value of it. It is an especially great destination for families, honeymooners and small groups – basically it caters for everyone!

The trip ended in Botswana, where I was keen to give them three different habitats, ranging from the wetlands of the Okavango Delta to the desert and salt pans of the Makgadikgadi. By taking them to contrasting areas, the family could engage in a variety of activities, such as visiting Meerkats at Jack’s Camp and spending a night sleeping under the stars, which they described as magical and ‘so different,’ says Erika, ‘to anything we have done and so special!!’

‘We thoroughly enjoyed Botswana, it being my first time (not mum and dads), I have to say the wildlife is incredible. We saw so much, from wild dogs to cheetahs and leopards, it was beautiful.’

I have to say, it was an absolute pleasure to create this journey for the De Leeners and hearing from them that they wished they were still there every day makes my heart sing.

If you would like to find out more about the areas Erika and family visited, please do get in touch – I would love to chat. 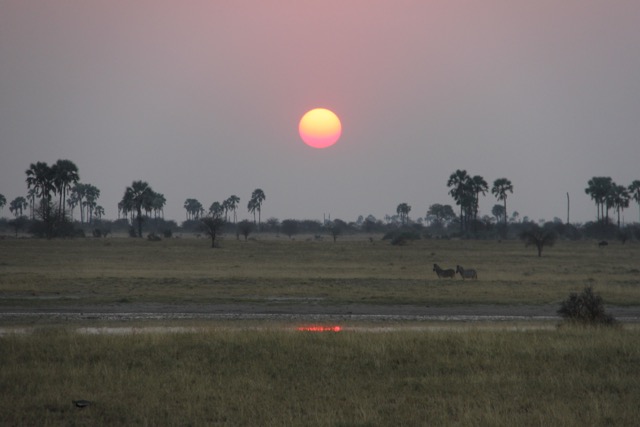