You may remember me interviewing Will’s sister, Caroline a couple of weeks ago after her time in Kenya with her parents, sister, sister’s children and her own two, George and Polly. Upon returning, George and Polly were kind enough to fill out a questionnaire that I sent to them, which I publish below. So, without further ado, George and Polly, take it away:

Who was your favourite guide / member of staff and why?

Polly: James the Maasai Warrior. He was really nice.

George: James from Naretoi, because he told us interesting stories of when he attacked lions and fought the big five.  He was a Maasai guide from Kenya. 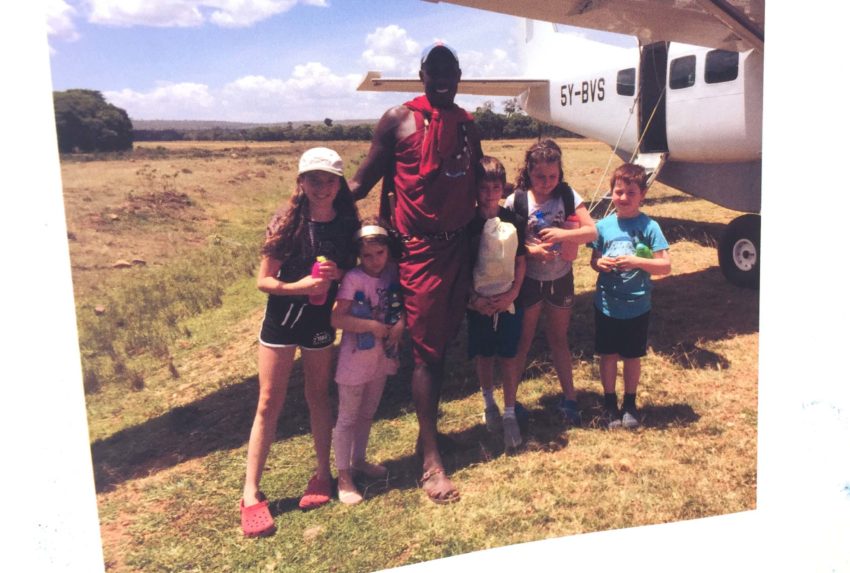 A tearful goodbye to James the Maasai, much beloved by the kids, as they were about to fly from Naretoi to the coast

Did you see much wildlife and if so what was your favourite and why?

Polly: I saw lots of wildlife. My favourite was a giraffe.

George: We saw 48 different animals including lion and cheetah, but my favourite animal was a leopard.  It took my mum five years before she saw a leopard when she moved to Kenya as a child. It had a kill on a branch and it was sleeping! I also saw a baby lion being carried in the mother’s mouth. 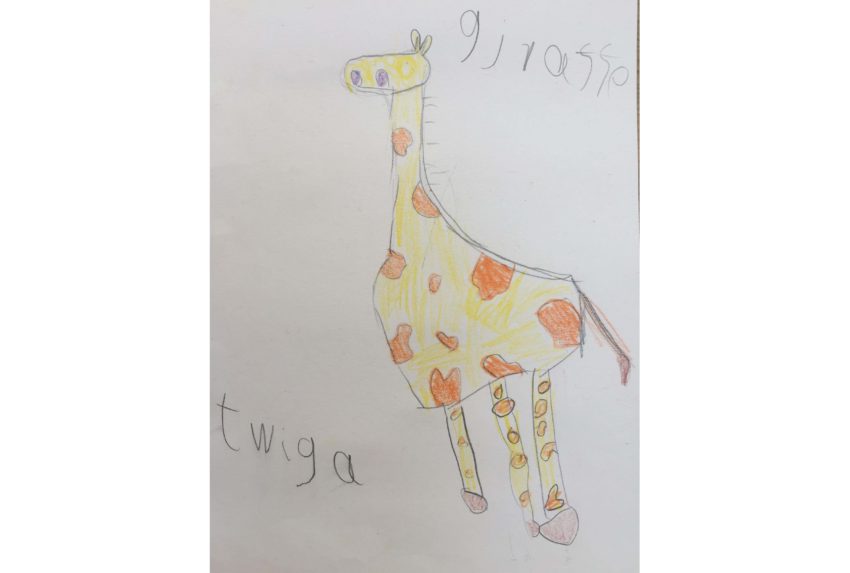 What was the most interesting thing you learnt?

Polly: I learnt that monkeys like to pick ticks off each other.

What surprised you the most?

George: The leopard – its tail was swaying side to side and it was asleep with its head on a high branch. Next to it was a kill of a Thompson’s gazelle. It had eaten some of it already. There were bloody marks up the trunk of the tree leading to where the leopard had stored its prey. 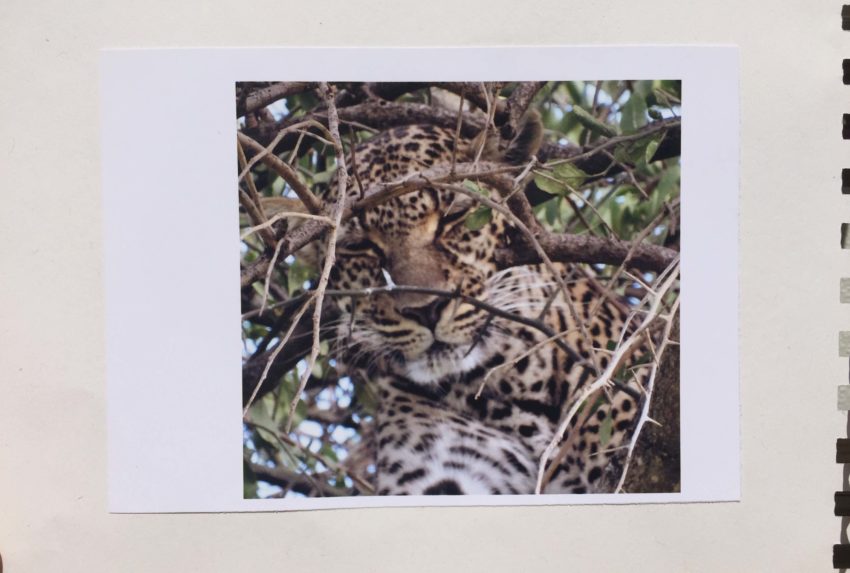 Image of a Leopard caught on camera in Kenya

What was your most memorable day / moment (tell us a little about that)?

Polly: My friend was Caroline, she made pancakes.

George: When I saw the leopard – because it was in the same field as the cheetah.

What would you change if you went again?

Was there anything else that made the trip special / funny / strange / wild / wonderful?

Polly: Going swimming with my cousins.

Polly: 1) Mummy picked up a stone and suddenly it looked at her, she screamed, it was a frog! 2) One day we were in the car when we saw a hole in the ground, suddenly five warthogs came shooting out! 3) One day me and my Mummy were in the garden, I found a bone of an animal.

George: I went to Africa with my three cousins who are similar ages– it was fun that they were with us because they’re my best friends in the world. My grandad taught me how to take photographs with his camera so I have pictures of many of the animals.

We were on the way back from a big day of seeing animals on a game drive and my granddad was saying ‘we’ll never see anything at this time because it’s too dark now’, then suddenly I saw two eyes glaring at us – that was the only thing I could see. I shouted ‘There’s something there!’ Then my Aunty looked and said it was a hyena. Then it walked out of the shadows and it looked really ugly. It was so hard to see. And James the warrior guide said ‘Well done’ to me, because it was so hard to spot. After I saw another hyena everyone started calling me ‘Hyena Boy.’ THE END!!! 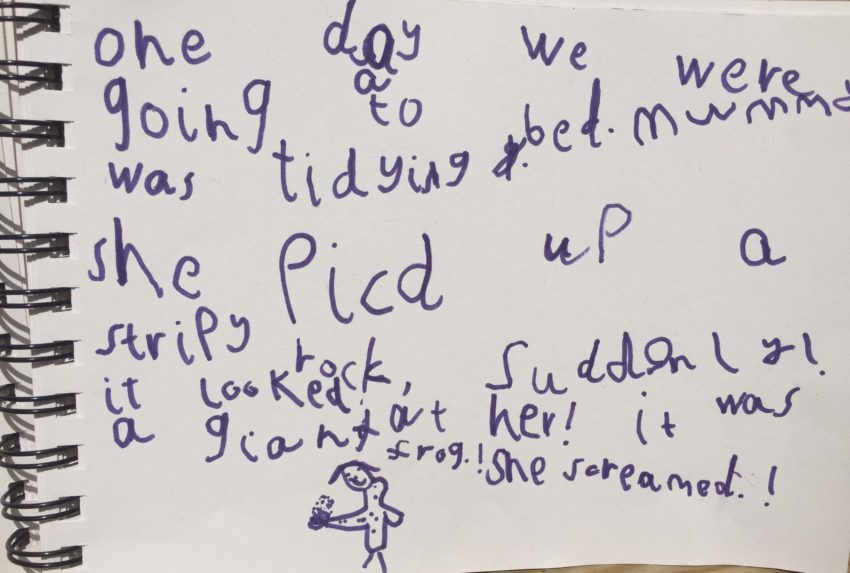 The story about Mummy and the frog in Polly’s scrapbook

So, there you have it. Out of the mouths of babes. A huge thank you to George and Polly for being so fine as to feedback on what was clearly the trip of their young lives. If you are interested in a trip to Kenya, please get in touch with one of our destination specialists!

Photo Credit: All are images taken from George & Polly’s scrapbooks