Zimbabwe is one of those countries that the Journeys by Design team can’t speak highly enough of. The southern African landlocked country is a vastly underrated spot for incredible landscapes, as well as being home to a wealth of wildlife.

One of our destination specialists, Jamie Cross, is the most recent team member to have visited Zimbabwe. We caught up over coffee as she told me all about her adventures and what an amazing experience it was.

Her brief seven-day trip began by flying to Harare and then on to Mana Pools National Park in northern Zimbabwe. The first few nights were spent at Acacia Camp, Sky Bed, and River Camp – in that order. Once settled at Acacia, Jamie and her guide went on an afternoon walk to explore the area. The following day and night were spent at Sky Bed, which is just what it says on the tin – a raised deck with wooden steps up to a platform, where one sleeps out in the open. ‘It’s on a dried out riverbed. It’s like your room is in the trees!’

After a good nights sleep, the guests got taken for a lovely bush lunch with beautiful views of the Zambezi River, followed by kayaking back to camp. ‘It was amazing! We saw loads of wildlife from the kayak and just as we were arriving back to camp the sun was setting – it was unbelievable.’ As Jamie’s eyes lit up, she told me how much she’d enjoyed it and how much of an adventure the whole thing was. She did, however, mention that the trip and everything about it may be more appropriate for a seasoned traveller, due to all the adventurous activities.

During her stay at River Camp, Jamie went on a short walk in the daytime followed by a night drive, where they encountered a lioness cowering at the edge of a riverbed. They did not see much more than that, however the noises they heard were like nothing before. Both Jamie and the guides could only imagine what was happening in the distance as they heard a pack of lions roar. Later, she and her guides caught up with the pack. ‘It was a super wild trip, seeing lions, watching and hearing the situation unfold was really great and very exciting.’

For the last leg of the trip, Jamie flew along the Zimbabwean-Zambian coast to Victoria Falls National Park, where she stayed at Mpala Jena, and enjoyed a quick stint on a riverboat and drinks as the sun set. The following day Jamie took a tour of the falls, which she described as wonderful. ‘It was a great time to go, as you could see all the details of the falls and experience a bit of the spray, without it being overwhelming.’ Staying true to the adventurous nature of the trip, Jamie zip-lined across the falls, which she admitted was a little scary, but mostly incredible. Ending the trip with two nights at Mpala Jena was perfect. ‘The accommodation is far enough away from the falls to feel a sense of privacy and solitude, however within a reasonable distance to travel to experience the area and all its activities.’

If you would like to know more about Jamie’s adventures in Zimbabwe, or would like to travel there yourself, please get in touch with one of our destination specialists. We’d love for you love Zimbabwe as much as we do. 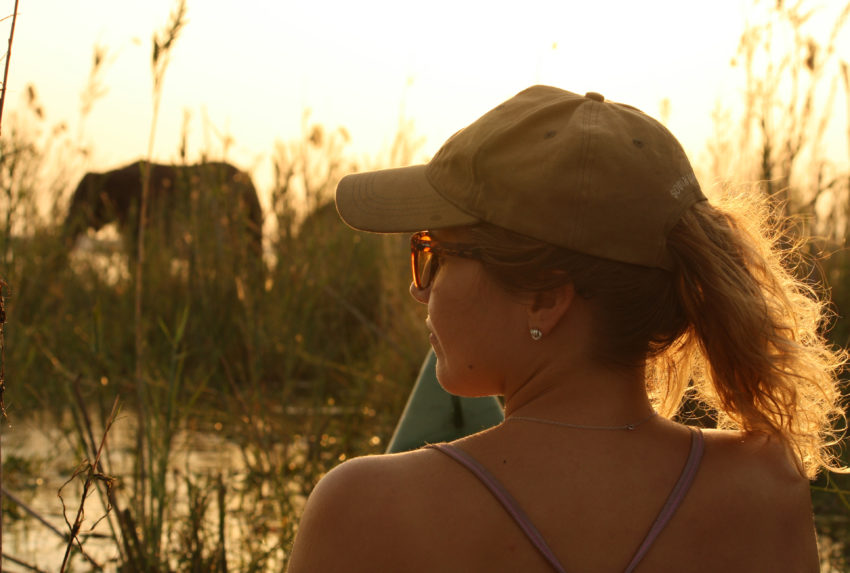