Unless dedicated bird watchers, one of the last things travellers to any of Africa’s wildernesses will think about is its birds. The reason why, I imagine, is that, unlike the likes of elephant, lion or rhino, we have birds where we live, many of which migrate to and from Africa, the apparent commonness and reach of different species making it difficult to build a case for safaris entirely centred on bird watching. Indeed, even the lure of itineraries structured about watching birds such as the shoebill are unlikely to attract any but the most ardent specialists, such is the outlay for such a trip.

Like it or not, for the majority, birds will always take second place to mammals. This is a shame, at least for me, however understandable. If not the classic twitcher of lore, compelled to search out birds wherever I am, I do love watching them, and have done so ever since, as a child, growing up in Kenya’s Ngong Hills, my mother set up a bird table in the garden, and gently encouraged me to take the time to observe who visited, when, and in what numbers. Thus began a lifelong fascination for watching birds, though really only in Africa.

The main catalysts for this new and ongoing journey was the discovery of something called the pin-tailed whydah and a gift by mother of the Collins Field Guide to The Birds of East Africa. The first of these is a songbird, black and white, and blessed – if male and in breeding – with a marvellous tail, and with a particularly aggressive character, with which it more than made its presence felt about the bird table. The second I still have, its well-thumbed pages held together by tape, and whose information about raptors, or sunbirds, or waterbirds, and about identifying traits, like the shape of a bird’s beak or wing, I absorbed so completely as to amaze all who knew anything about my exploits in the classroom, of which the less said the better.

This wonderful grounding has stayed with me. When I first set up JbD, and needed a logo, my first and last thought was the Crown Crane. I had a photograph of a pair in flight, and scanned the image, and used the outline of one of the birds to create the logo you see at the top of the screen. The laws of serendipity dictate that, today, a pair has chosen to nest in the yellow fever tree in front of the porch of our home in Naretoi, in the Mara. I watch them like I watched the birds on my mother’s bird table. I watch them, free as only a bird can be. I watch them and I am young again. 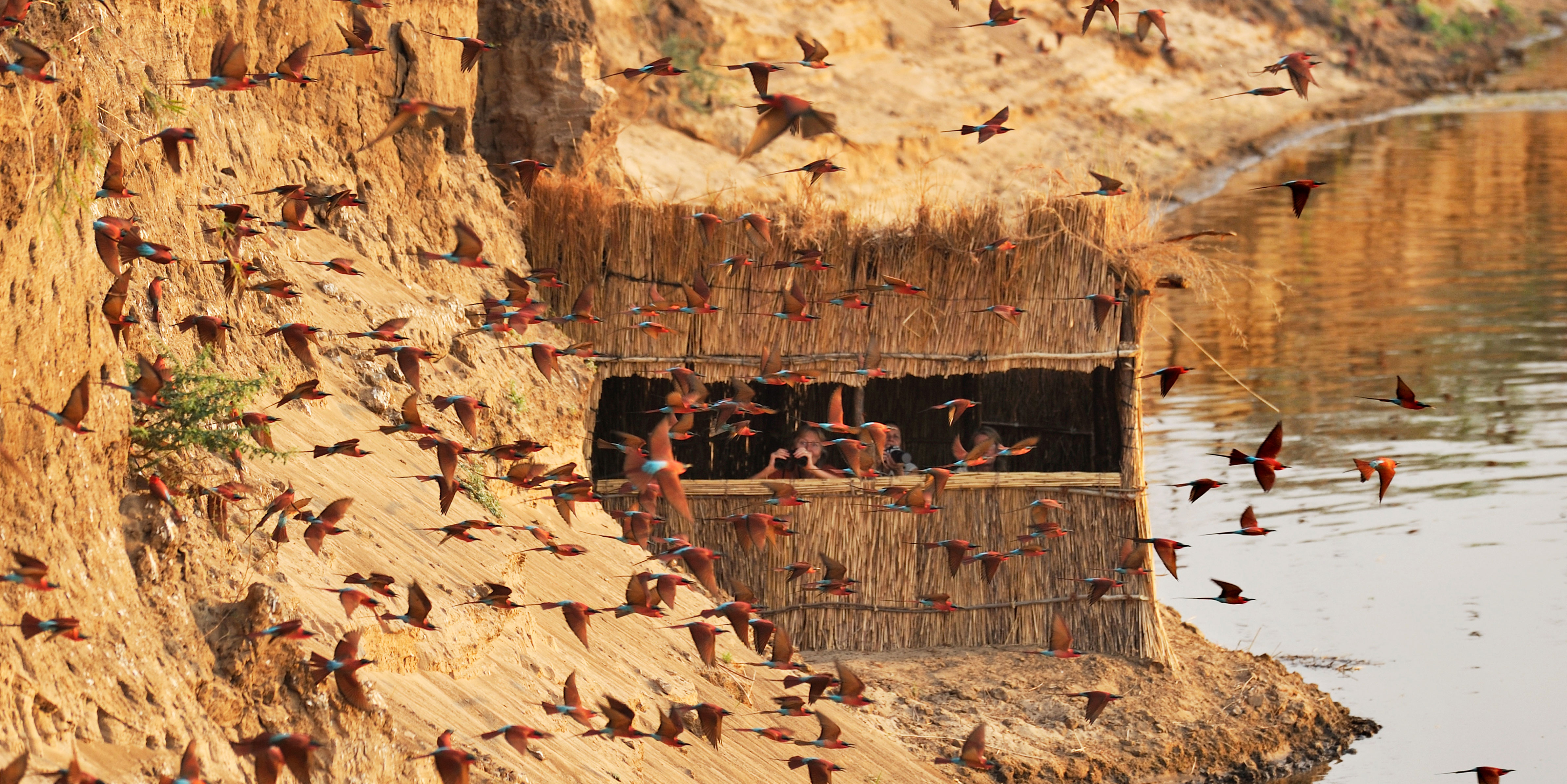