You may remember our post about the Dorothy Stringer rugby Goodwill Tour of South Africa in 2015. If not, then Dorothy Stringer is one of our local state schools. It’s large, it’s caring, and it has been known over the years for its dedication not just to what goes on in the classroom, but also to the great outdoors, to physical activities of all kinds. It’s been attended at different times by all three of my children, two of whom were fortunate enough to travel to South Africa.

After a year or so of trying, and with the support of Big Yellow Storage Company, Singita, the Clinton Foundation, JbD and South African professional sports development coach Richard de Jaeger, the school’s head of PE and lead rugby coach, Grant Lawrence, managed to turn a dream and an idea into a real thing, and led a Dorothy Stringer team to Kwazulu-Natal, where it won all three of its matches, one of which was against Michaelhouse, one of South Africa’s most revered sports schools, and which regularly produces some of the country’s finest players.

It was a truly extraordinary feat, and one that surpassed all our expectations. However, and the reason why I mention it today, the tour was also an all round extraordinary experience, one that in those months before going, and even during the tour, we continually promoted – to parents, children, and interested parties – as life changing. This is easy to say, especially when one is talking about the future, but we all believed it, and I’m delighted to say that I’ve just received a note from Grant Lawrence, in which he shares the boys’ GCSE results, 91.7% of whom achieved five A* to C grades, a result that is some way above the national average. As well as this, three of the squad members have since earned themselves scholarships at schools with rugby reputations much like those of the schools they played in South Africa. Grant is very clear as to the influence of the tour on the boys’ academic progress:

‘I am incredibly proud of the boys for gaining these results and I have no doubt that the tour helped keep them focused both on the rugby pitch as well as with their studies.’

Life, of course, is a mighty long journey, full of twists and turns, and none of us would presume that it’s all about exam results – and nor that the tour is the only or even the main reason the boys have done so well. That would be down to the school as a whole, to the support of the boys’ parents, and to their own individual endeavours. However, having seen the benefits of the experience in my own children’s sense of themselves, and in particular on their ability to negotiate, cope with, and overcome much of what life throws at today’s teen, I am as certain as Grant that the tour played an important part in their schooling, and am enormously grateful to him, to the sponsors, and to all the boys’ parents for making it happen. Here’s to their futures: we all wish them the very, very best. 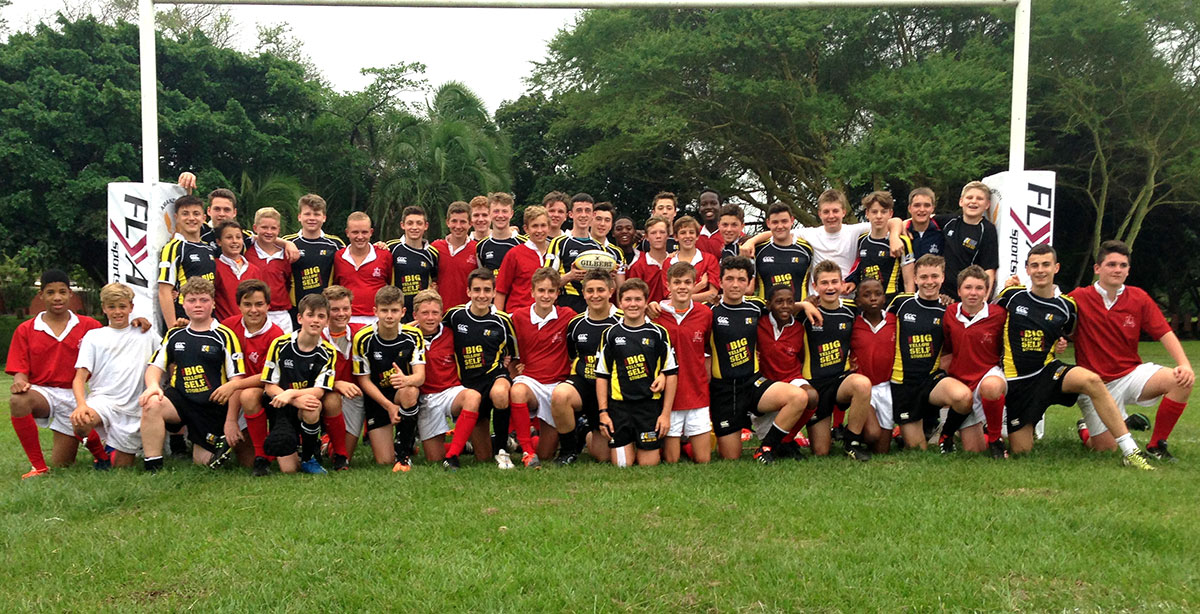