On New Year’s Day, I stepped into 2018, setting an intention that this year I am going to spend more time in – and protecting – our precious oceans. A few of us met at a local beach, some for a swim, others to spectate, hot chocolates in hand. It was brief, it was icy, it was hilarious. I felt such gratitude to be able to do so, to have access to a clean beach, to feel the sea and sand on my skin – and to have friends willing to join me.

Since then, and for many months before, I’ve been following the surge in people raising awareness of ocean pollution, and the many innovative projects which are emerging to help bring our marine habitats back into balance. I’d been wanting to get involved, but couldn’t see how. I’ve started taking small steps, reducing usage of plastic, helping with local beach cleans, and buying my dear friend Kate’s beautiful upcycled art work, Seastuff. Still, I wanted to do more, I wanted to know more. Where to start? As it turns out, here: I spent an hour researching ‘ocean plastic’ for this blog, and was amazed what I learned – in an hour.

Looking to Africa, my go to resource for inspiration, the continent often seems to come up with genius, accessible-for-all solutions. Why? If you’ve had the opportunity to travel to some of the cities, you’ll know both the problems they face in terms of rubbish, and the creativity with which individuals and organisations tackle those problems. Single use plastic bags only came into circulation in the 1960s, and yet, in places lacking the infrastructure for processing rubbish it’s hard to imagine an urban scene without them. There’s no ignoring the streets, rivers and wildlife choking with rubbish. Rwanda was one of the first countries to ban plastic bags and packaging in 2004. Months later, its capital, Kigali, was declared the cleanest city in Africa. Last year, Kenya followed suit, introducing a 4 year jail sentence or USD40,000 fine for people caught producing, using or selling plastic bags. Overnight, there was a rise in alternatives and an opening of opportunities for young and unemployed people, among others, to produce alternatives to plastic bags, using local products; baskets, shoebox containers and canvas.

As I see it, the route to creating oceans free of plastic is threefold: Firstly, taking steps to only creating and using plastics which are easily recyclable. Secondly, educating people as to the damage we’re doing the environment (and ourselves), and making it easy for them to recycle. And thirdly, whilst, there’s plastic in circulation it would be helpful to rethink our perception of waste. Dr Sylvia Earle, a leading American conservationist, spoke at the African Marine Waste Conference in Port Elizabeth last July. As she pointed out, ‘in nature there is no waste, everything has a place. The idea of waste is a human concept. It’s time to value what we have, and that includes waste.’ There are countless ways in which waste is being collected, broken down (melted) and reused to create inspiring products – with a story.

In Mozambique, construction materials have been made out of recycled plastic – that is, plastic bottle bricks, among others, with the added benefit of reducing the need to cut down mangroves to build structures. In South Africa, The Waste Takers are empowering low-income communities to earn money from plastic and other recyclable buy-back schemes. I also stumbled across The Flipflopi, a 55ft dhow, which is being constructed in Kenya, using a combination of traditional craftsmanship and pioneering recycled materials. Flip flops washed up and collected along the Kenyan coast are melted down and moulded into plastic ‘planks’, which can then be used in a similar way to wood. The Flipflopi will sail from Kenya in December 2018, destination Cape Town, en route raising awareness and money for marine conservation, and what a wonderful journey for the sailors on that voyage!

After my one hour of research, it dawned on me that there’s no one-size-fits-all approach. The solutions are unique to local economy, ecology and community. The common themes as I see it are: making space for new solutions by cutting out the plastic we cannot recycle, coming together in our communities and doing what we can locally to get it out of circulation, and having that shift in perception – to value waste as a usable resource, and work with it. 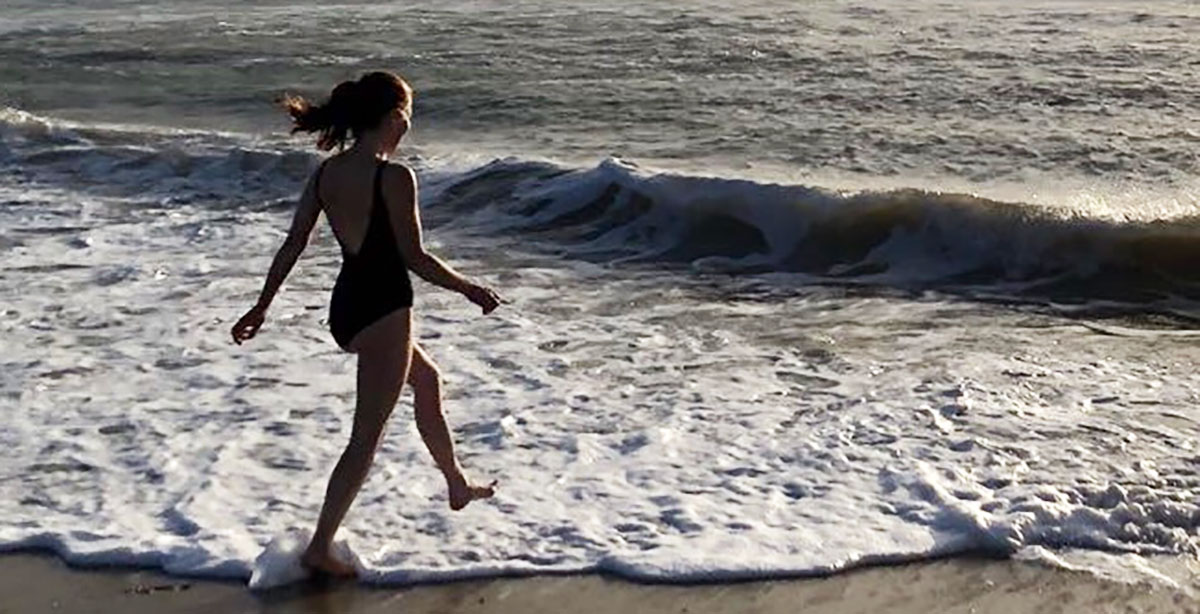