In La Sape, Sophy Roberts’s piece on the sapeurs of Brazzaville, I am struck by the following line: ‘Coco emerged from his premises — a one-room barber’s shack with a couple of chairs.’

Coco Frienze, it will help you to know, has been a sapeur for thirty-five years. Like his father before him, he is a member of the Society of Ambiance-Creators and Elegant People, and meets Roberts ‘wearing a cashmere blended wool three-piece suit in a cream-and-yellow windowpane check’, a pair of Luis Vuitton brogues, and aftershave by Thierry Mugler. To be a great sapeur, he says, one must own at least 30 suits. He is one of the most beautifully dressed men in the whole of Congo Brazzaville, period.

However, as we know, he subsists as a barber, and lives, if I am reading Roberts correctly, in his place of work. For anyone who has travelled Africa’s cities, and spent time in shanty towns or so-called informal settlements, this will not surprise. With no running water or electricity, people send their children to school in starch-clean uniforms. Dressing on bare-earthen floors, they attend church in a Sunday best that bests most Sunday bests. They turn up at work, often after walking or cycling as far in a day as you or I might walk or cycle in a month, dressed beautifully.

Seen like this, Coco Frienze is, as Roberts says, an act of defiance. The sapeur is political. Many of the first sapeurs were servants of Europeans, as was Frienze’s grandfather, who worked for missionaries, and in dressing comme le colonialiste they challenged, says Roberts, their employer’s ‘superiority… an essentially rebellious gesture that continues to inform the spirit of the tradition’. It is a gesture so profound as to sustain a movement whose members must face family disapproval, choose outlier status, and sometimes suffer persecution – as is true of the historic sapeurs of what was then neighbouring Zaire*.

Being the dandy of a Brazzaville slum is therefore, as one of Frienze’s fellow sapeurs says, ‘an image of power.’ It’s the adoption of a way of being that transcends social and economic constraints, that through the very act of apparent waste – 30 designer suits is, after all, materially unsustainable for a shanty town barber, as is the eventual mandatory pilgrimage to Paris – the individual is afforded a special and rare sovereignty, and that, having achieved it, is valued by the wider community for having obtained the seemingly unobtainable. It is a someone who has made, as the sapeurs themselves say, a weapon of their clothes. It is the aesthete as warrior. It is the true power of fashion.

All of which goes some way to explaining the import of Roberts’s La Sape. It’s why, when she first looks for them, they are nowhere to be seen: the sapeur is found when the sapeur wants to be found. It’s why, when hosted by Coco Frienze and others for a lunch, she must pay, as a privilege. It’s why she records the sapeur parade she is invited to attend – having passed muster at lunch – as both edgy and a celebration, at once challenge to societal norms and source of communal pride. And it’s why, when Coco Frienze ‘emerges from his premises’, we know we are in the presence of a king, a Wildean prince, a man of grace.

Sophy Roberts travelled to Republic of Congo as a guest of Journeys by Design. As well as travelling to Brazzaville, she spent time tracking gorilla at Odzala-Kokoua National Park. If you’d like to find out more, please do get in touch with Will Jones or Chris Tinkler. 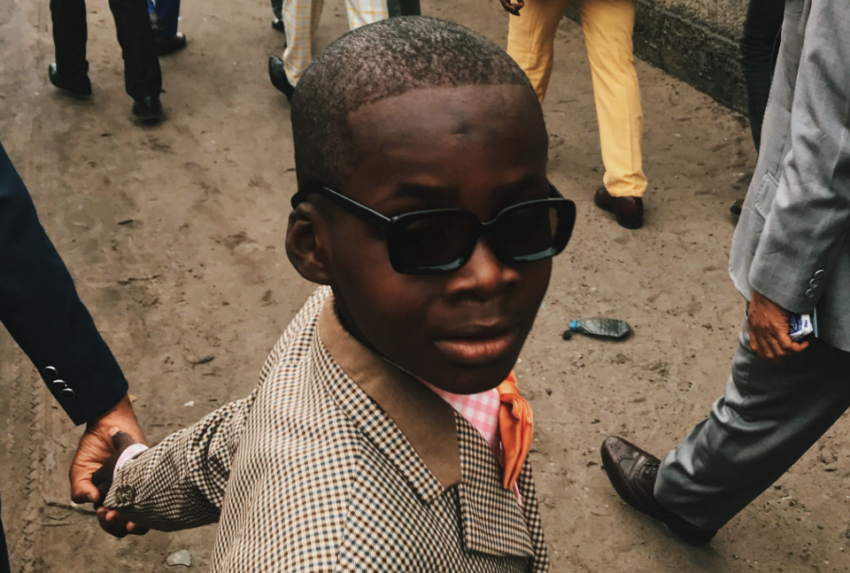