You may have heard of the Big Five: lion, elephant, rhinoceros, leopard and buffalo, the large mammals most people understandably wish to spot on a first-time African safari. However, you may not have heard of the Little Five: antlion, elephant shrew, rhinoceros beetle, leopard tortoise and buffalo weaver. I only learnt about these on a recent trip to Zimbabwe while on a walking safari in the richly diverse Hwange National Park from Somalisa Acacia.

Our guide Calvet Nkomo spotted an antlion hole in the earth with his eagle eyes and explained that the larvae dig funnels in the earth and ambush other unsuspecting insects, dragging them down into their pits to devour; a wily predator indeed. After stirring up the dry soil in the hole with a stick, an antlion emerged, looking very similar to an earwig with its large pincers. The adult insects are less well known, as they mostly fly at dusk or after dark, and may be mistakenly identified as dragonflies or damselflies; they are sometimes known as antlion lacewings.

On a night drive back to camp, we spotted an elephant shrew – or jumping shrew – in the light of Calvet’s flashlight. Although it was moving fast, it was unmistakably cute, small and furry. The 17 species of elephant shrew do not, in fact, belong to the shrew family. These insect-eating animals, also known as sengis, are more closely related to elephants. Their long, flexible snouts can forage for food just like an elephant’s trunk. The stars of the BBC series Hidden Kingdoms are found all over the southern half of Africa.

Dynastinae or rhino beetles are a subfamily of the scarab beetle family and proportionally the strongest animals on the planet, able to lift 850 times their own weight. You may have guessed that these 6cm long insects have a miniature horn on their heads, much like their larger namesake. In fact, they have two horns, which the male uses variously for fighting other males, foraging and digging, but they are totally harmless to humans.

Of all tortoises native to Africa, the leopard tortoise is second in size only to the African spurred tortoise. It is so named for the attractive markings on its shell, similar to a leopard’s spots. Found in the savannas of eastern and southern Africa, from Sudan to the southern Cape, it has a large natural range, resulting in geographic variations in size, colour and temperature tolerance. A common species, they are increasingly being bred in captivity for the pet trade.

The white-headed buffalo weaver and the red-billed buffalo weaver are found in East and Southern Africa. The buffalo part of the name derives from its habit of following the African buffalo, feeding on disturbed insects. We were fortunate enough to see the distinctive red of a bill bobbing amongst the yellow grasses of Hwange on a wildlife drive, before it spread its black wings and flew up into the Acacia trees. 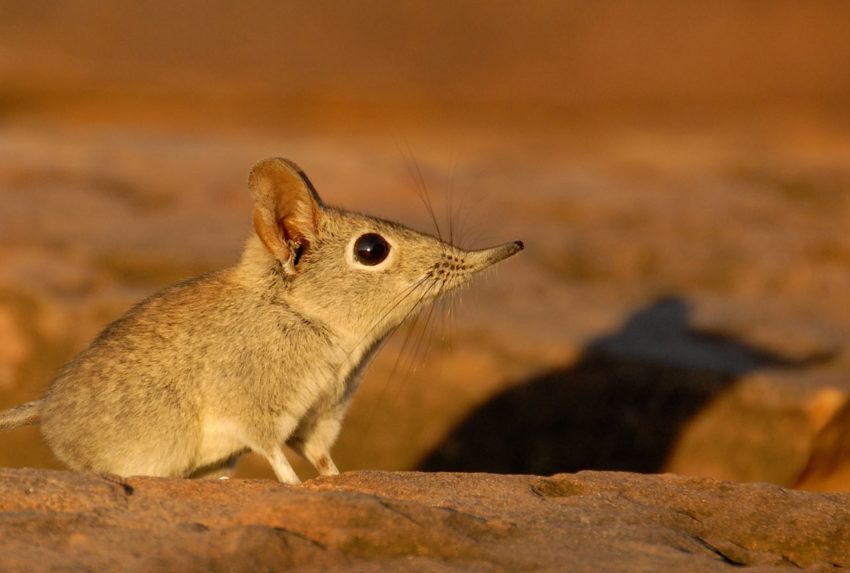 The ‘Little Five’ is a concept created by guides and conservationists to raise awareness of the smaller and more elusive species in the African wilderness, which may otherwise be overlooked.