One of the obstacles to travel during the pandemic has been the lengths to which travellers need to go to ensure that they are not carrying the virus with them, either to the destination or back home. While absolutely necessary, I’m delighted to note that countries are increasingly dropping their more draconian quarantine protocols for a more adaptive testing regime.

All the same, ensuring that everyone has the right test at the right time is a considerable logistical challenge. Every country has a slightly different set of protocols, with some demanding regular testing throughout a trip, others different tests for different parks, and the majority – and if not the country, then an airline or the home destination – require a PCR negative test for departures.  All of which ups the ante considerably when it comes to organising experiences that already contain a significant number of moving parts.

While difficult, however, almost anything is possible. On a recent trip to central and northern Kenya – where I was fortunate enough to guide the Financial Times’s David Pilling, hosting a Karisia Walking Safaris camel-supported walk with local Samburu – we were a long way from the nearest test centre. David was on a super tight schedule and would need to take a PCR negative test in preparation for departing the country. There was no way he could take the test and await results in Nairobi, so we arranged for somebody to come out from Nanyuki and administer the test, ensuring that David was able to catch his flight without cutting short his safari.

While it is, no doubt, unusual to see a photograph of a traveller having their test while on safari, David has kindly given his permission to show his. I wanted to share a glimpse of what goes on behind the scenes, of what can be – and frequently is – done in order to ensure that travellers are able to meet all the demands of protocol without compromising their safaris. The fact that it can be done we owe to our ground handlers and the staff at the different test centres – the former for working the plan so well, the latter for being prepared to travel sometimes considerable distances. 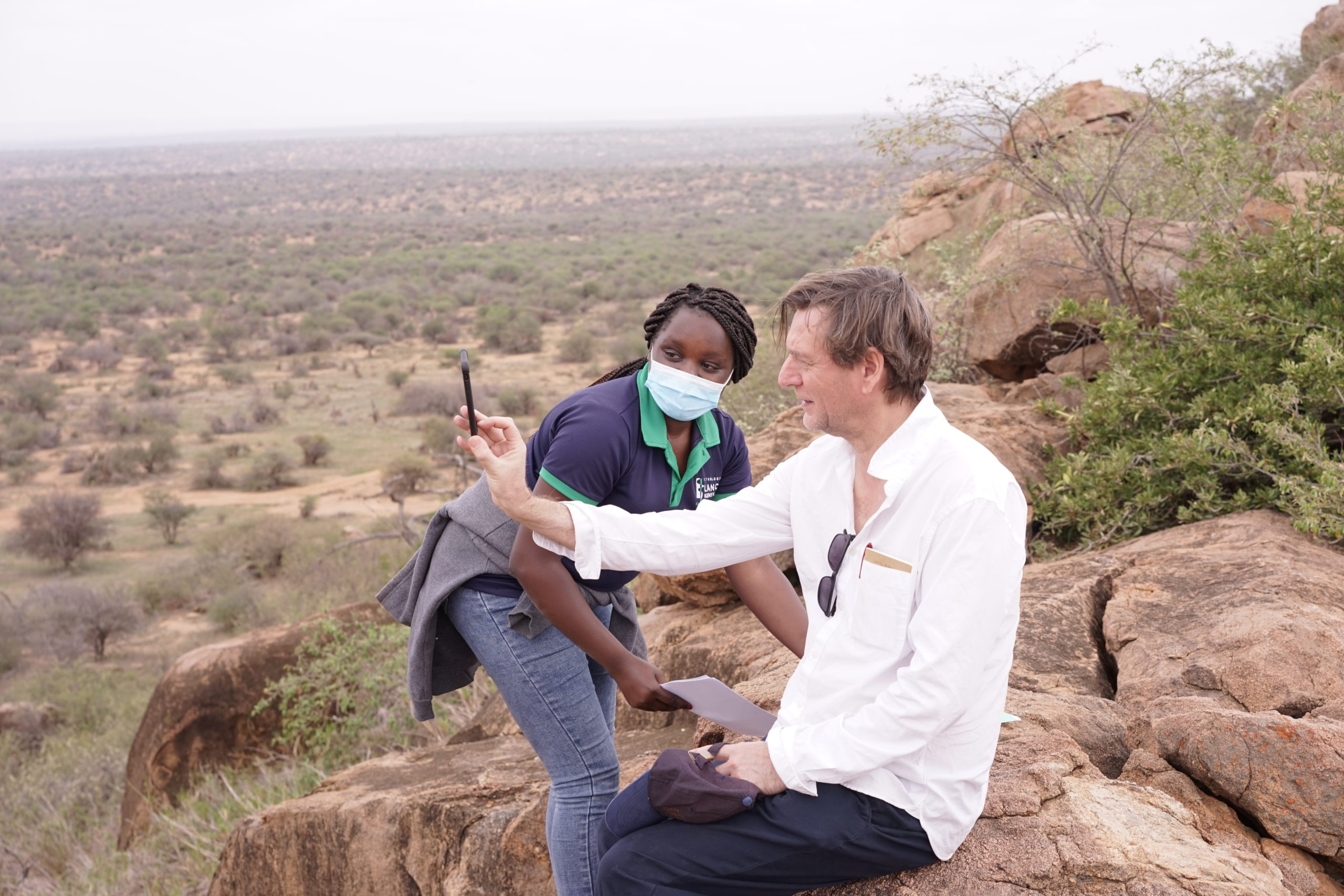 David Pilling’s piece on his trip with Karisia Walking Safaris comes out next month. If you’d like to learn more about his trip or speak to us about your own safari plans, please do get in touch with Will Jones.