As regular readers of this blog will know, this year’s JbD brochure is structured around a calendar of experiences, which is why, at the beginning of each month, we’ve blogged about a particular destination. In February, we featured staying in Maswa Game Reserve in Tanzania. In January, we championed walking in Ethiopia. This month, its Cape Town’s turn, the Western Cape possessing a Mediterranean climate, which means it’s ideal for visiting between October and March, when it’s dry and warm, and when the rest of the country is experiencing its wet season. As we say in the brochure, Cape Town’s a one-of-kind city, a place where it is possible to climb a mountain in the morning, eat at a Michelin-starred restaurant for lunch, and be on the beach by early afternoon. Adventurous and urbane, it’s a wonderful city.

Unfortunately, as no doubt you are aware, Cape Town is also currently suffering an extreme water shortage, the result of a three-year old drought, the worst to hit the Western Cape since 1933. The city’s water is supplied by six large rain-dependent dams, the levels of which have fallen over the course of the drought to 23.6%, this despite measures that have been place since 2007. With a population of over 4 million, the situation is such that Cape Town threatens to run out of water, a moment apocalyptically referred to as Day Zero, which is when, the dams’ levels reduced to 13.5%, municipal supplies are due to be switched off, Capetonians henceforth limited to 25 litres of water per day, supplied at 200 different collection points. Exempted from this final measure are the city’s informal settlements (responsible for just over 3% of city water use), the city centre, and essential services.

Given this, it will come as no surprise to learn that the world’s press have had something of a field day. Decades of overdevelopment, the municipal authority’s mismanagement of the crises, a natural disaster, and the fact, were it to happen, and the water is turned off, Cape Town is predicted to be the first city to actually run out of water, it’s a gift of story, ghoulishly so. The reality, however, is such that Day Zero’s neither fixed nor certain. Initially predicted for April 22nd, timings have fluctuated according to the success with which Capetonians have adopted the current measure limiting individuals to 50 litres a day. The measure seeming not to work, the date was revised forwards to 12th April, and then, as the city has begun to pull itself together, it has progressively slipped backwards, to 11th May, 4th June, 9th July, and now to 2019.

For some, whatever the success of the measures, it’s a case of too little too late, with water experts and environmentalists arguing that if Cape Town has done a great deal in the last decade with regards to improving the efficiency of its water infrastructure and in lowering consumption, it has been caught napping vis-a-vis its preparation for natural variability or climate change, this despite being warned that finding alternative water sources to rainfall was imperative. For others, the fault is as much all of ours as it is any particular authority, a culture of entitlement facilitating unsustainable levels of consumption, and one that has been slow to adapt to a world that requires us to live within our means.

Whatever the truth, I mention all this not so that you can read information available elsewhere, and certainly not to point fingers. On the contrary, it is to persuade anyone planning on travelling to Cape Town with a reputable tour operator to stick to the plan and travel to Cape Town with a reputable tour operator. This may sound pat, coming from a reputable tour operator. However, South Africa travel advice from both the US Department of State and the Foreign Office remains unchanged, and as long as this remains the case, the part we have to play in helping alleviate Cape Town’s problems is significant, especially given the amount of jobs lost as result of the agricultural sector being hit so hard by the drought. Income generated by tourism is directly responsible for the employ of 320,000 people in Cape Town. Tourist water consumption is measured at 1%, a relatively negligible figure, and one further skinned by the efforts of tourist accommodations and destinations to meet the city’s measures. Rest assured: you are important; and you are much needed – possibly more so now than ever before.

Meanwhile, if last year the authorities were slow to rise to the crises, particularly in terms of sanctioning alternative water source projects, things are very much on move now. According to ground operators and others in the Cape Town travel industry, the general feeling is that the city is together, with reduced agricultural and residential use having a positive effect, last month’s donation of 10 billion litres from the Groenland Water Users’s Association serving as a most welcome buffer, predictions of rain later on in the year ‘more than likely’, and planning for alternative-to-rainwater projects underway, including exploiting groundwater reserves, recycling water initiatives, desalination plants, and exploring systems for purchasing or trading for water. Meanwhile, Cape Town water consumption has declined by 57% in the last three years.

Which is not to rule out the possibility of Cape Town reaching Day Zero, or to somehow dilute the seriousness of the situation, but rather to encourage us all to think of the city’s learning and it’s measures as what one operator describes as a global ‘benchmark for sustainable water usage’. In other words, get used to it. This is the new normal. Natural variability and climate change is real, and if Cape Town today, then remember: it could just as easily be Mexico City or Melbourne or etcetera tomorrow. There are 120 water-stressed cities in the world. We have much to learn from Cape Town, in every respect, but particularly in terms of how the threat of something as serious as running out of potable water has resulted in a veritable sea change in the way we think about how we use a resource that a large and lucky section of the world has, until now, largely taken for granted.

If you are travelling to Cape Town and would like to discuss any of the above issues, then please do not hesitate to get in touch. I’m away for much of the rest of the month, but both Hannah Rayner and Angela Sacha would be only too pleased to talk things through. 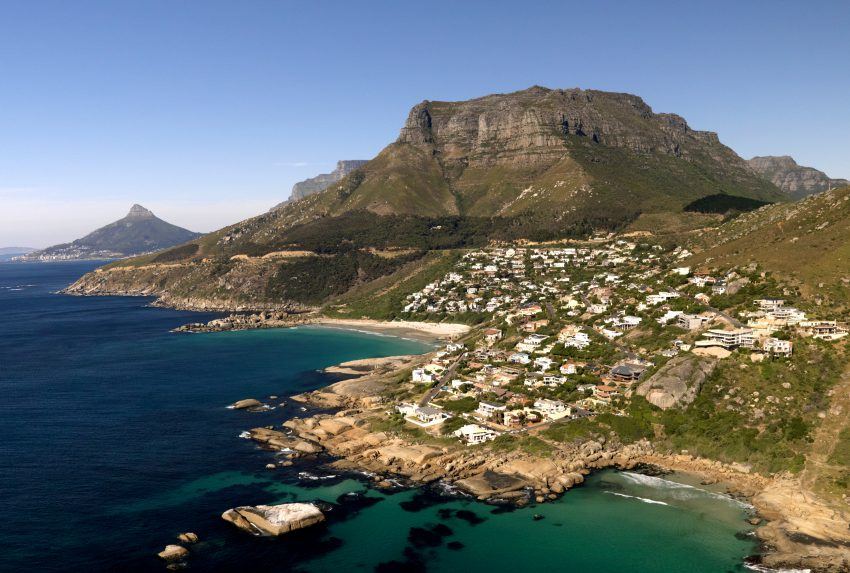