It seems that my annual tradition of listing the away days we’ve had in recent years could be getting excessive. So, you’ll have to believe me when I tell you we’ve had some good times. Feel free to browse last year’s blog, which involved a lesson in foraging at a small village in the Sussex South Downs; I’m sure it has a couple of links to all the years gone by.

Slight back story here: each year the company has an away day (we call it ‘The State of Journeys by Design’), where we spend the morning listening to heads of departments about updates and changes in business and the afternoon having a jolly old knees up. This year’s State Of… was planned by Maddy, who did a fine job.

I could begin by telling you that we went to a local English wine estate, that the weather was the hottest this year, that we had the obligatory tour including descriptions of picking, crushing, pressing, fermenting and bottling before tasting a fair few afterwards. I could, but I just don’t think I’d be doing those that presented in the morning due justice. Life is not just fine wine.

So, presenting you with heads of departments, we had Will on the overall company picture, Angela for marketing, Grant for finance, Hannah for sales, Paul for Wild Philanthropy, Rosanna and Maddy on a joint presentation for operations, and little ol’ me on company ethics. I won’t go into great detail, but wanted to let you know a little of what has changed since last year. Welcome to Simon’s whistle-stop-tour of ‘what’s new at JbD’.

First point of interest. We’ve built a café. One day soon I’ll give you the whole history, but basically it was decided that it would be a good idea to use the empty floor downstairs, not for more office space, but as a community café; a means by which we can welcome in the people of Brighton, run music workshops, art installations, dance performances, storytelling evenings and sell some coffee while we’re at it, with any profits going to sister charity Wild Philanthropy. ‘It’s all very well’, Will told us, ‘serving communities in Africa, but there is also much need on our own doorstep’.

Second point. Wild Philanthropy is going into its fourth year and in that time one of the biggest achievements is financing the building of a permanent tented camp in Ethiopia’s Omo Valley. The venture is both owned and run by the local Kara tribe and so provides an alternative income for the community. In addition, a project for funding a solar pump that enables the Kara to continue traditional means of ‘flood-recession’ farming is very much firmly underway.

Third, I should also mention that we held a fundraiser at Goodwood House in West Sussex last month. We’ve donated safaris for charity fundraisers for nearly as long as the company has existed, but this was the first time we’ve hosted one ourselves. With Enonkishu Conservancy, our international partner, we managed to raise over USD 100,000 and had a very jolly evening while we were at it.

Fourth, in the last 18 months we have grown from a company of 10 to 23. In no particular order, we welcomed Lucy, Sam, Chris, Emma, Jess, Rosanna, Fiona, Fatma, Paul, Josh, Robbie, Laye and Monique. Maddy has also come back from maternity leave and so Rosanna, who was covering her for just one year, has now come on as a permanent member of the team.

Finally, my own presentation. I’ve been charged with the responsibility of making sure we’re working as carbon-efficiently as possible – i.e. minimising emissions at all cost in the office. Maddy asked me to do a presentation on this. I thought it best to report via a short documentary, which we put together a couple of days before State Of. I’d love to show it here, but copyright laws dictate otherwise. Suffice to say, much fun was had.

Anyway, there you have it. I’ve missed out a huge amount, but I hope this gives you some idea of our goings on in the last year or so. Not much left to say except that after our fun afternoon of frolicking that ensued, we jumped on the big lemon bus – run on solar electricity – to take us yonder and into the evening beyond. 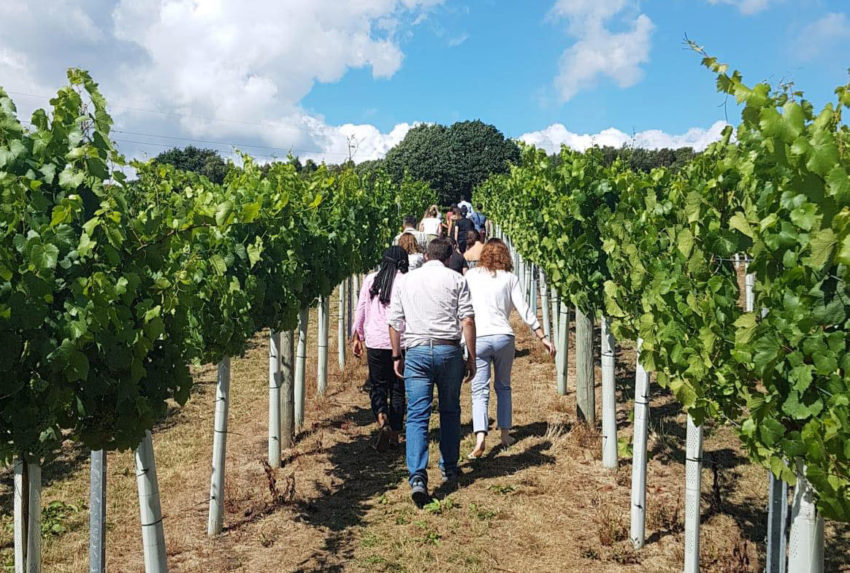