Rwanda’s doubling – from $750 to $1,500 – of gorilla trekking permits earlier this year has come to the surprise and even dismay of many in the tourism sector. In addition to receiving much negative press, with ground and tour operators complaining of the unseemly speed with which it made the decision, Rwanda appears to hand the competition something of a head start, both Uganda and the Democratic Republic of the Congo now a considerably more affordable option. However, scratch below the surface and things are more complicated than they might at first seem.

The Rwanda Development Board (RDB) is completely clear as to why it’s made the move, disregarding assertions that it risks losing business, and freely admitting that it is targeting the high end tourism market. Chief executive of the RDB Clare Akamanzi was widely reported as explaining that the policy would help sustain ‘conservation initiatives and enhance visitors’ experience.’ One only has to look at the undeniable economic and conservation success of Botswana for evidence that there is method to the new policy.

Further, from the point of view of the likes of Journeys by Design and other champions of low volume / high value sustainable tourism, the move, however badly advertised and planned for, fits with an ethos that holds that the only way to protect the likes of the gorilla is that it should be shown to be so valuable an asset as to benefit all stakeholders. As well, therefore, as benefiting gorilla and visitor, the price hike, says Akamanzi, benefits the local community, whose share for every permit sold rises from $37 to $150. Everyone and everything is better off for the decision.

If this were all, whatever the difficulties we are all experiencing vis-à-vis the relative fall out of the move, it would be difficult to argue against RDB’s right to decide its own country’s permit prices, particularly if it can prove the value of the change from a sustainability perspective. Unfortunately, it’s not the whole story: the hike includes the loss of a concession previously afforded all Rwandans, which allowed any citizen the opportunity to buy a permit for $50. There are now no concessions. Everyone pays $1,500, putting the chance to see the gorilla beyond all but the wealthiest of Rwandan citizens.

Rwanda is home to over 60% of the world’s mountain gorilla population and is one of the most sought-after locations for those wishing to experience gorilla trekking. Its existence and the fact that Rwanda has managed – however slightly – to increase its number stands as an international symbol of the success with which the country has managed to overcome unimaginable difficulties. For this, Rwanda’s achievements should be celebrated. Whatever the arguments for low volume tourism, to deny its own people the opportunity to visit the mountain gorilla would seem to be a step backwards; how can we, with any conviction, expect the people of any nation to value and protect a species that they will almost certainly never see.

How exactly to marry the needs of the gorilla with the rights of Rwandans is a big question, and raises a whole series of ethical considerations, all of which would go beyond the scope of this blog. However, there is no doubt that our greatest hope for the survival of Africa’s wildernesses lies in committed, long-term community engagement, and as such highlights the need for the implementation of a core policy designed to involve the very people on whom that survival depends. 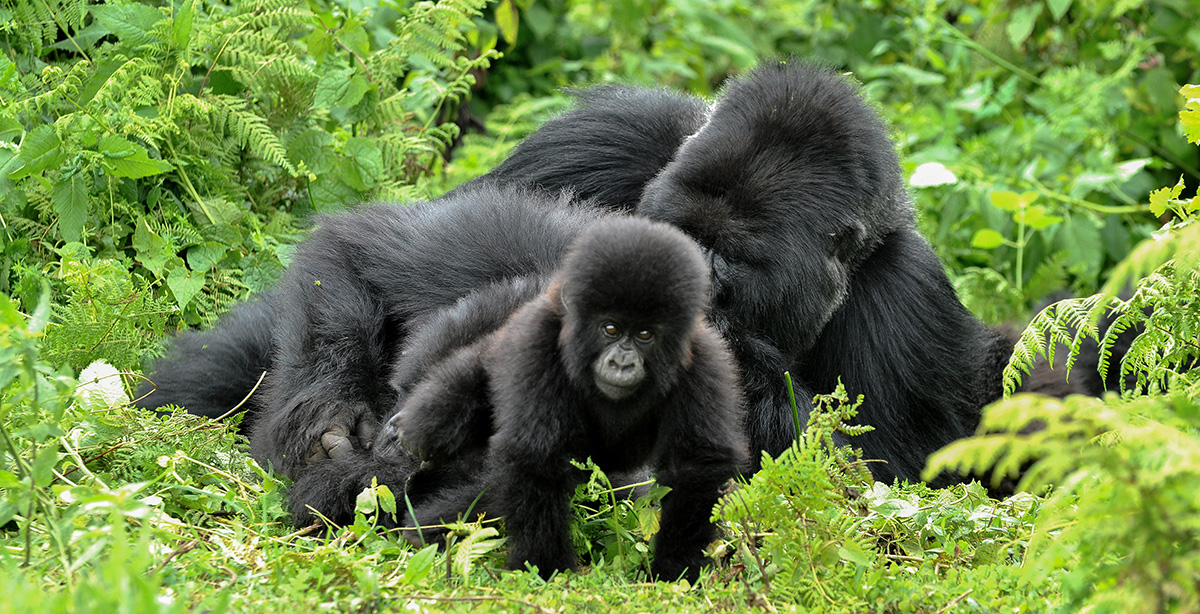