Tomorrow morning, 65 4x4s will set off from a currently undisclosed location in Kenya to race to thirteen check points across demanding terrain. The team to have reached most checkpoints using the shortest distance will be crowned champs of this year’s Rhino Charge.

Now an annual event, Rhino Charge began in 1989 to raise money for Rhino Ark Kenya Charitable Trust. Back then the total sum of the money raised was KES 250,000 (US$ 2,471) to build the Aberdare Electric Fence. The aim was alleviating human-wildlife conflict in key areas and in particular to save the decreasing rhino population in the Aberdare National Park. Now each team usually pledges between KES 750,000 and KES 1,500,000 – some much more – and the money is used to conserve and protect Kenya’s mountain ecosystems.

On arrival to the start line, each team will be given a 1:50,000 map with coordinates of the checkpoints, which the drivers will need to plot themselves. The competition is a test of driving ability, topographical knowledge, and endurance, both for mind and body. They have 10 hours to get as far as possible.

From long-time rally enthusiasts to those new to the sport, the competition’s spectators have been steadily increasing within the 100km2. Whilst it may be too late to watch this year’s race live, there are other ways to get involved: the raffle prizes, for example, which cost KES 2,000 per ticket, range from postcards, binoculars and massage vouchers, to helicopter journeys and safaris in Maasai Mara.

For live updates on the race, which starts at 9:00 (EAT) tomorrow morning and for more information, please visit rhinocharge.co.ke.

If you’re interested in attending next year, we’d be happy to help plan an itinerary that includes the event. Meanwhile, best of luck to all of this year’s competitors! 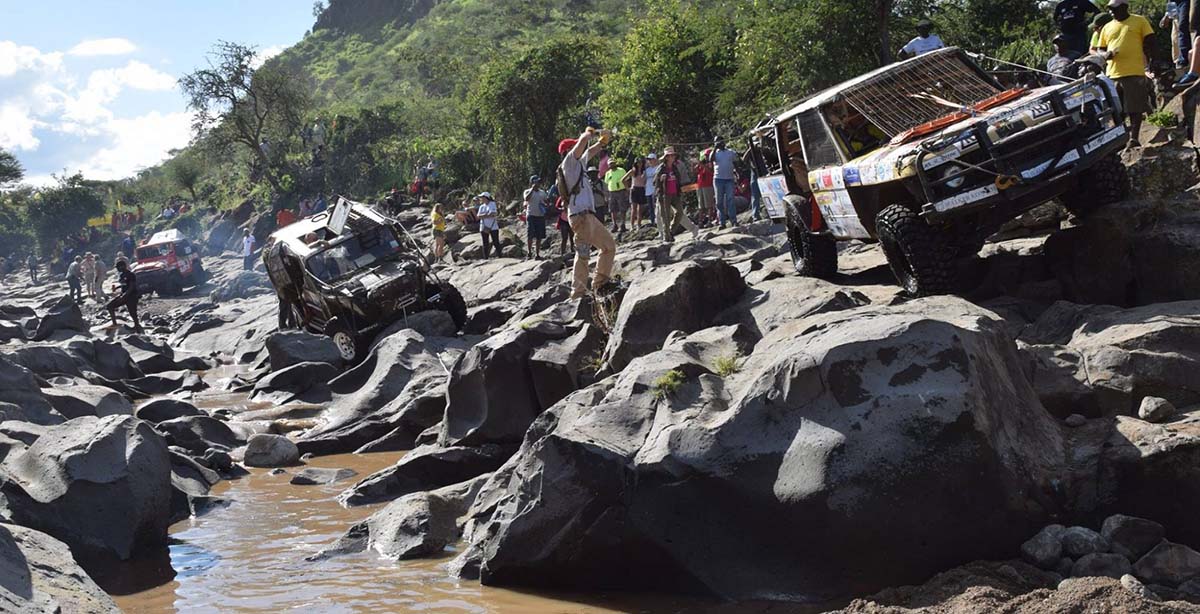