I have some enormously sad news. Our dear Angela Sacha died last Thursday evening, having suffered a heart attack the previous week, while on holiday in France. The severity of the attack was such that her doctors put her into an induced coma. Unfortunately, she never returned to consciousness, and she left us at 10 o’clock UK time. I know you will join me in offering her partner Andy, her son Jan, and her mother and sister our deepest condolences.

We are all, as you can imagine, in shock. I’d only just returned from travelling to France to support the family when we got the news. Whilst there, I wasn’t able to visit Angela in the hospital, but it was enough to be close to her, to spend time in her home, which I’d heard so much about and was so important to her. Those of you who knew Angela personally will not be surprised to learn that it is a beautiful home and so very full of her. 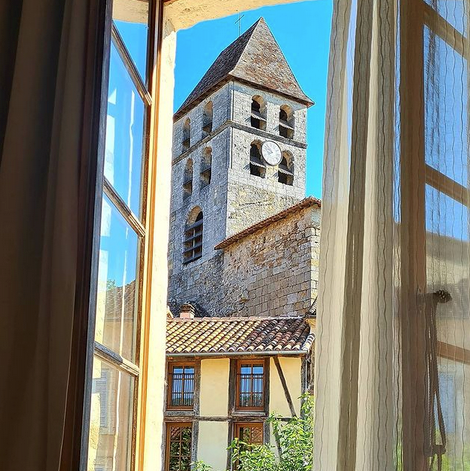 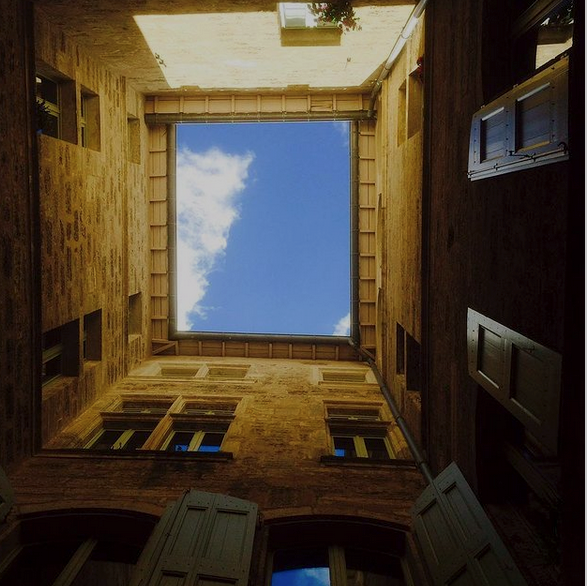 A view from Angela’s house and a courtyard in Pezenas, France. She so loved ‘these internal courtyards’, this one in part because ‘this is where Moliere lived and wrote some of his renowned masterpieces.’ All images by Angela Sacha.

I’ve been fortunate enough to have known Angela for sixteen years. I remember the day we met, when she turned up for an interview for a bookkeeper, and which ended with me – supposed interviewer – asking what the next step ought to be. ‘You offer me the job.’ I did as she said, and we never looked back – as friends, as colleagues, and as a business. She soon picked up the phone to a prospective client, converted the enquiry, and was busy applying her prodigious talent for thinking out of the box to designing the most wonderful safaris – way sooner than she had any right to be doing so. A watershed first trip to Kenya merely cemented everything she already felt: she was where she was meant to be, doing what she was meant to be doing.

I want to be clear that that meaningfulness wasn’t simply selling safaris. If that were the case, then she would have sought more purposeful pastures years ago. On the contrary, Angela was selling experiences designed to change lives, and not just for the short term. As many of the letters of support received over the last couple of days testify, everything she did, she did for the good of others. For her, the words ‘client’, ‘supplier’, or ‘host’ were inadequate descriptions of the depth of relationship she consistently curried in the name of making the world a better place. Whatever the nature of the relationship at outset, guaranteed that it will have evolved into a friendship at the end. As one of Angela’s clients says, ‘knowing she is gone will leave a void in my heart.’ Another remembers their ‘early morning chats about life and children and, of course, travel’. This depth of relationship is not the kind nurtured by someone for whom profit is the reason for being. Rather, it is testament to a woman who gave herself – heart and soul – to others. 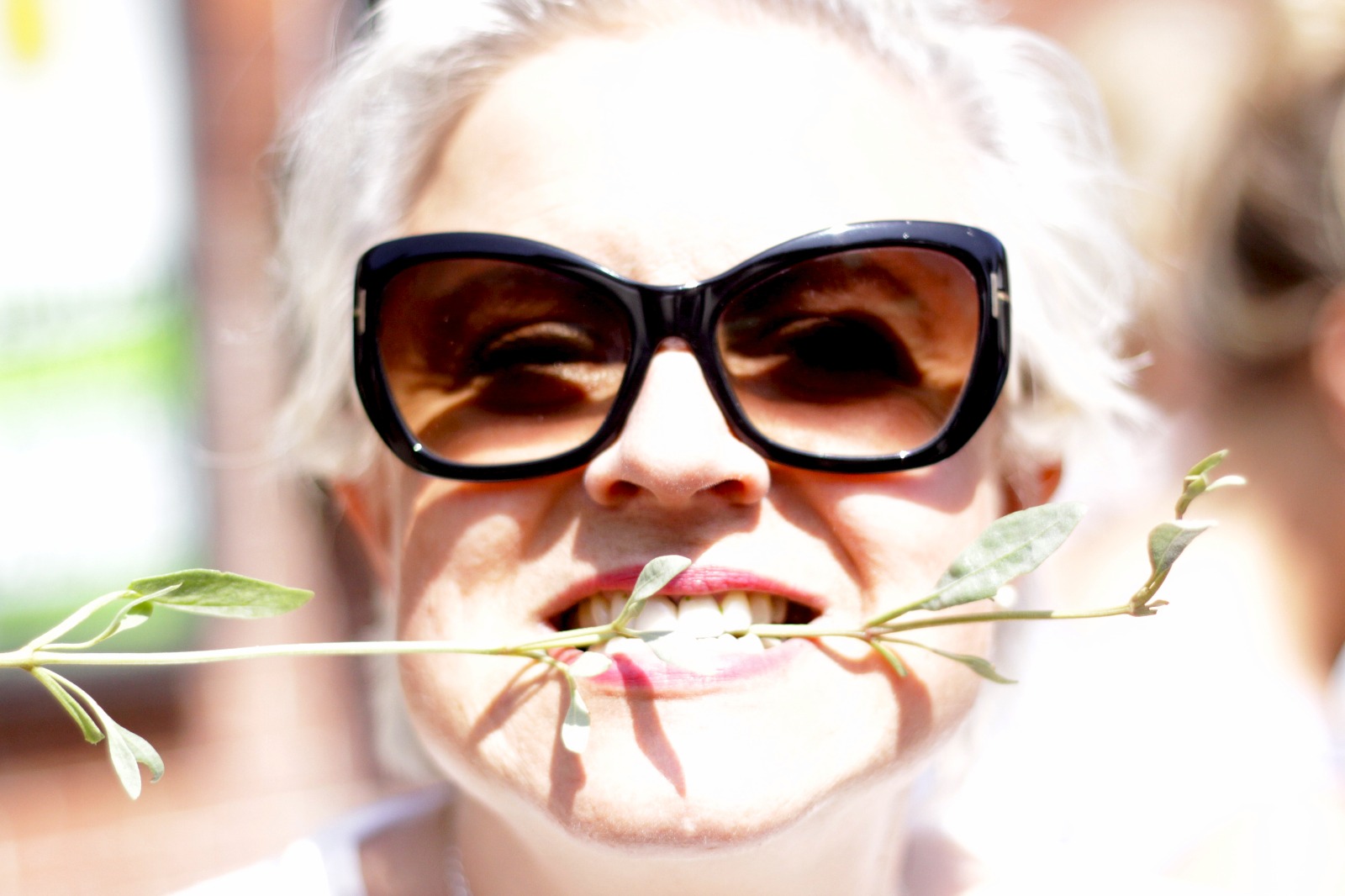 If I’m grateful to Angela for what she brought to Journeys by Design by way of its character and purpose, then I am equally thankful for what she did for us in our more difficult moments. For whatever reason, there are those who know exactly what to do in a crisis, and Angela was one of them, a rare breed. There were at least three occasions when Angela’s compassion, her intelligence, and her unerring ability to take the right action under pressure proved the difference. More generally speaking, these are the self-same qualities that ensured that her clients were in one of the safest pair of hands in the business. Her ability to react – effectively, creatively, in real time – to whatever occurred on the ground was extraordinary. Indeed, for Angela, being responsible meant being there, for everyone, in the times that mattered. Her work was a calling, pure and simple.

For me, the source of all this care, creativity, and bravery is no mystery. Angela was, at heart, an artist. She saw the world as a place of great beauty, which she once expressed as a painter and latterly as a photographer. She understood nature for what it is – raw, original, necessary. This is the beauty that she worked so hard to conserve, and it’s why she threw herself into our charitable work and into everything related to Wild Philanthropy. It’s why she became the master-designer of the conservation journey, and its why I’ve taken the liberty of populating this post with her pictures. In looking at them, so we see the world she felt, and so we are, as she would have hoped, inspired to do everything in our power to preserve it. 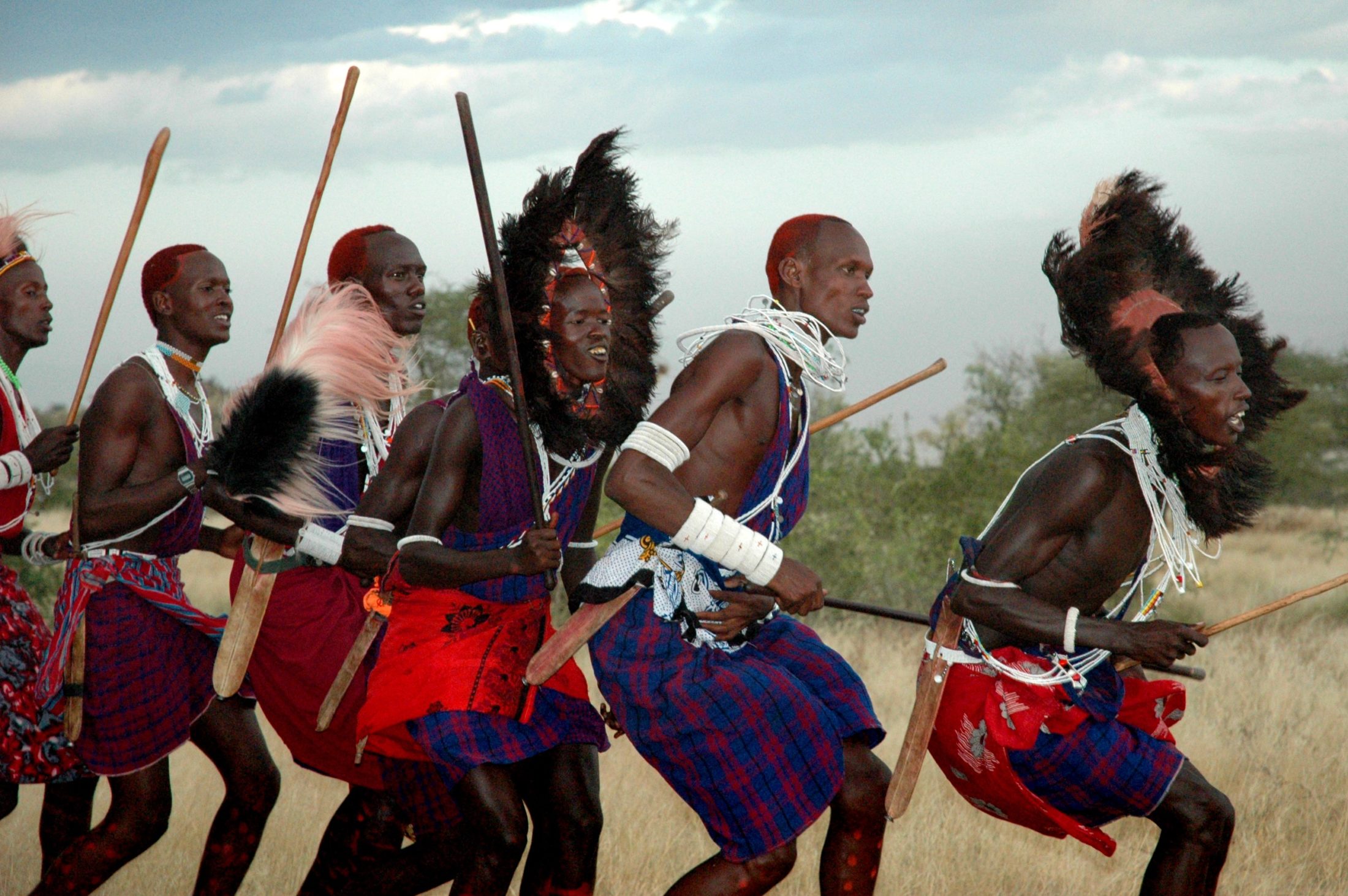 When Angela got back from her first trip to Africa, she was buzzing. I like to think the first picture captures the spirit of that moment. The elephant detail was taken later, in Botswana, an experience ‘indelibly etched in my memory bank.’ The landscape shot is of the Sussex Downs, which she posted on her Instagram account, accompanied by a Tara Teasdale poem. It ends: ‘It was not earth, it was not heaven / It was myself that sang to me.’  All images by Angela Sacha.

So, Angela Sacha. You have left us, and way too early. Thank you, my friend, for applying for the job all that time ago, for staying with us through thick and thin, for being my confidante and my teacher. Thank you for your dedication to the cause, your eye for detail, your head for numbers, your ability to tell stories – well, properly, truthfully. Thank you for the laughter, the biltong and coffee, the hours of chocolate and champagne, the mighty fine spreads, the Christmas hampers. Thank you for your sense of style, the colour and energy you brought to space, for all those haircuts, and that fantastically bright red lipstick. And thank you, dear Angela, for helping me see the world in a different light. Thank you for being you. We miss you, tremendously. 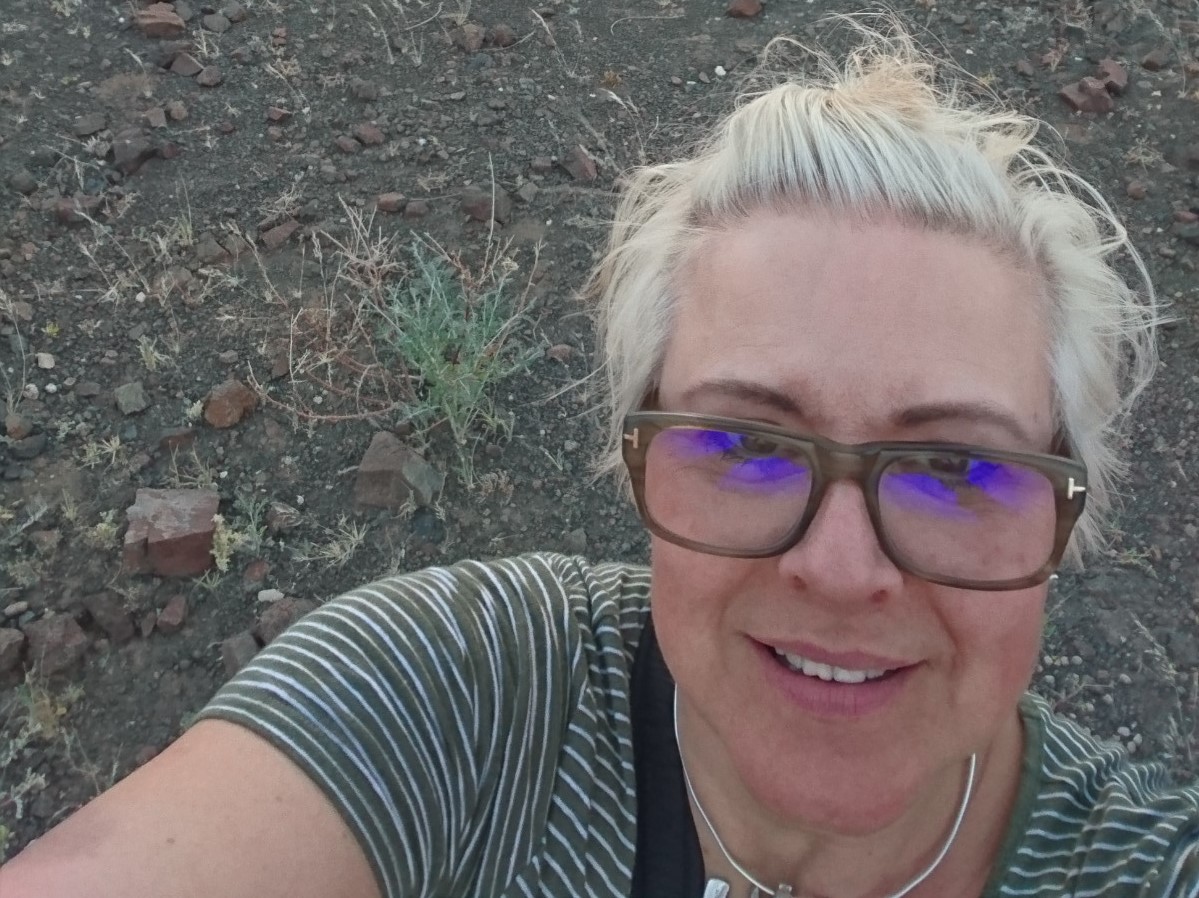 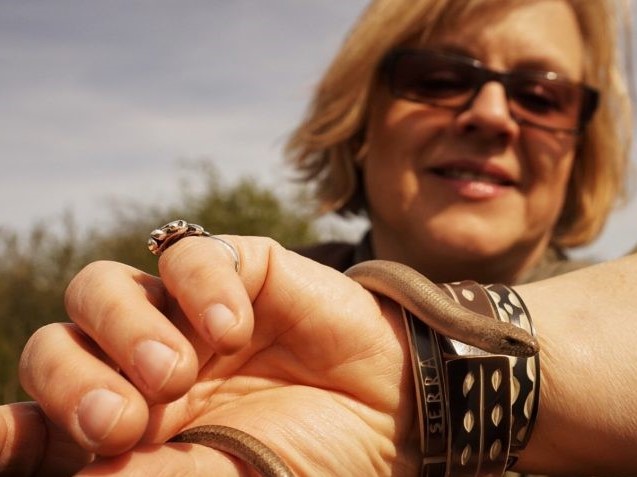 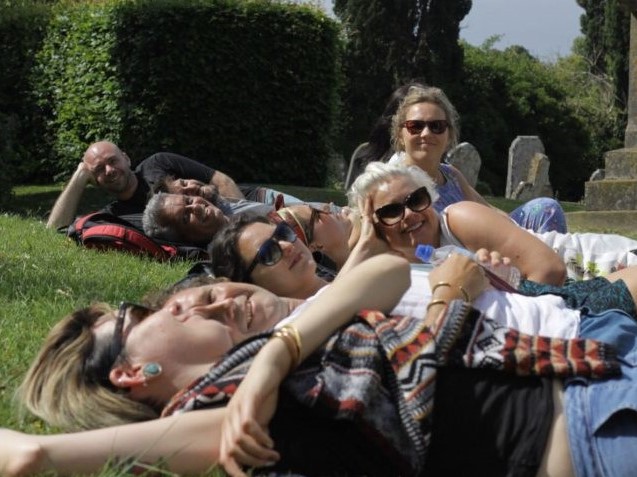 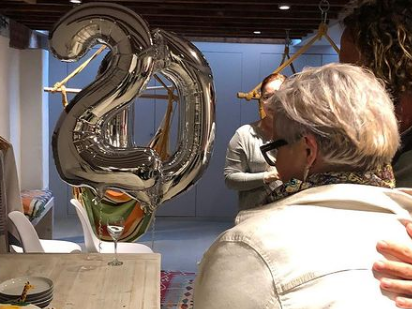 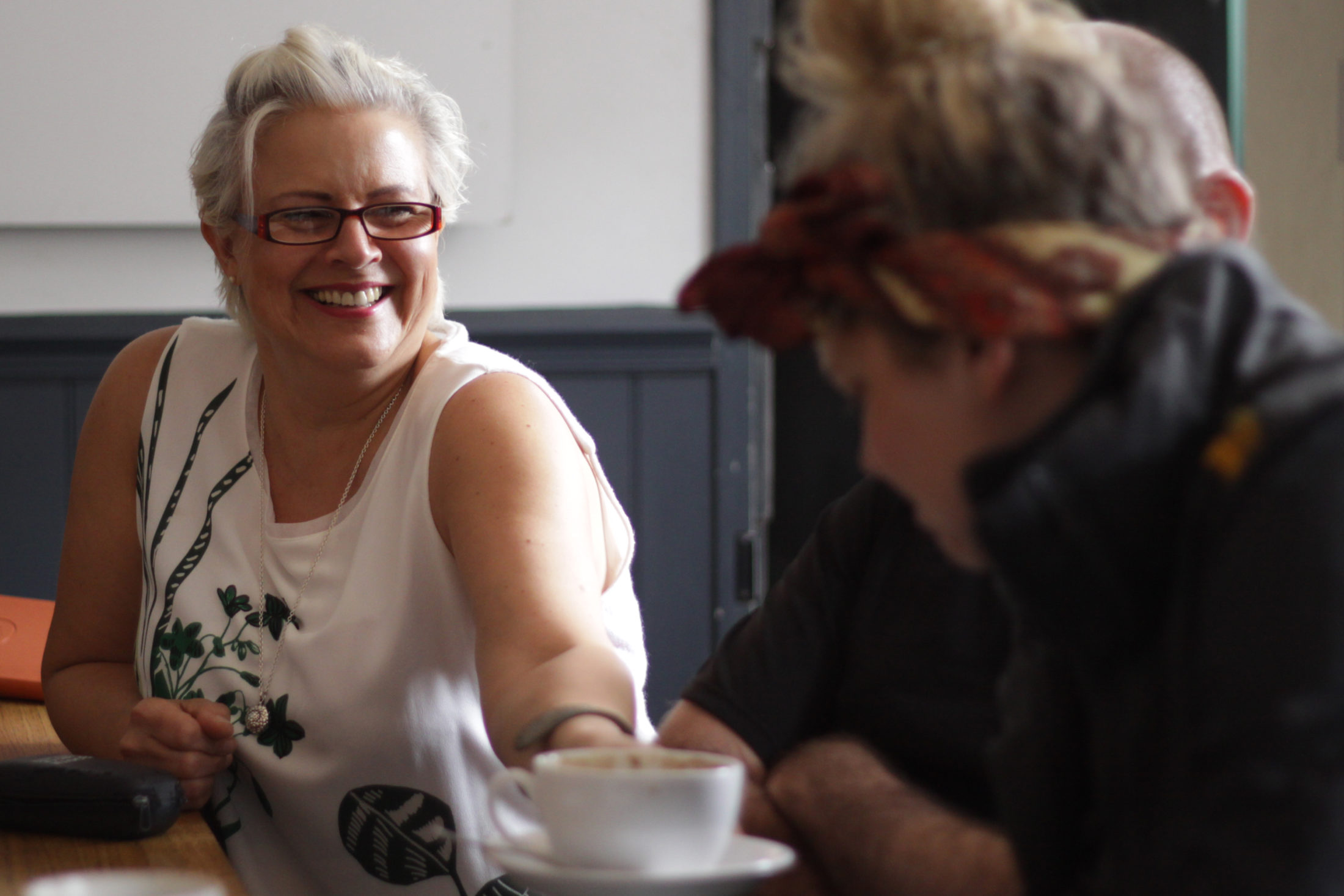 Angela Sacha died in France on 9th September 2021. At the request of many of her clients, colleagues, and friends, we have set up The Angela Conservation Fund. Funds raised will be used to support the causes Angela held dear to her heart.