October 11th marks the fifth anniversary of International Day of the Girl, whose aim it is to highlight and address some of the challenges that girls face in the world today.

Recently I was lucky enough to bump into Sue and Lian Garratt of Dulini Lodge who support a charity called Project Dignity, whose aim it is to provide a dignified means for girls at school in KwaZulu Natal, South Africa, to continue at school through their menstrual cycles.

The reasons for the need of charities such as Project Dignity come down economics, and / or customs that stigmatise the menstrual cycle.  Girls in less economically developed countries, where something as simple as a sanitary towel is sometimes hard to come by, are often told to stay home for the duration of their cycle. And not just less developed countries. In the US, according to reports in 2015, homeless women claimed having periods as being a real day-to-day struggle.

According to Kenya-based Project Humanity, whose aim it is to develop initiatives to empower women across the continent, even the cheapest pack of sanitary products – costing the equivalent of US$ 0.75 for a pack – remains for many girls and women too expensive, meaning many are reduced to falling back on traditional, less sanitary methods, such as strips of cloth cut out from mattresses, or leaves, or even mud, which as well as being uncomfortable and less effective, can cause health risks through infection.

Culturally, the stigmas attached are deep-rooted in many societies, and not just in African countries. In Japan, there is dearth of female chefs, infamously explained by one (male) chef as being because menstruation causes an ‘imbalance’. In Bolivia, there are some beliefs that menstruation can cause cancer and so pads must be kept hidden. In India, women and girls are discouraged from cooking during menstruation for fear of polluting the food. (For these and other examples see here)

Many of the views are rooted in traditional readings of religious doctrines. In the bible, for example, a passage in Leviathans teaches that anything a woman touches during menstruation is deemed unclean (Lev 15:19-33). Meanwhile, in the Quran, we are told not to approach women until they’re rid of it (2:222-223). Whatever the original thinking behind these and other doctrines, and however out of touch they may seem, they continue to influence the way many of us think about something as natural and normal as the menstrual cycle.

Project Dignity say girls who attend school in South Africa have an average absent rate of five days off every month due to their period, which often has a detrimental impact on their education as they fall behind. In response, it has recently created a cheap and effective sanitary pack with the help of SubPadz, containing high quality, re-usable materials that will last between three and five years and which are fully biodegradable once disposed of. To date, Project dignity has distributed over 80,000 of these packs to school pupils.

‘There are so many other benefits’, says Brenda McCann, advocate of SubPadz, ‘it offers a young lady the confidence & dignity she deserves during her menstruation each month.’ These organisations run classes in schools to raise awareness and build confidence for school students around South Africa.

Please do visit the website of Project Dignity for more information or get in touch with us to find out how you can support these kinds of charities. 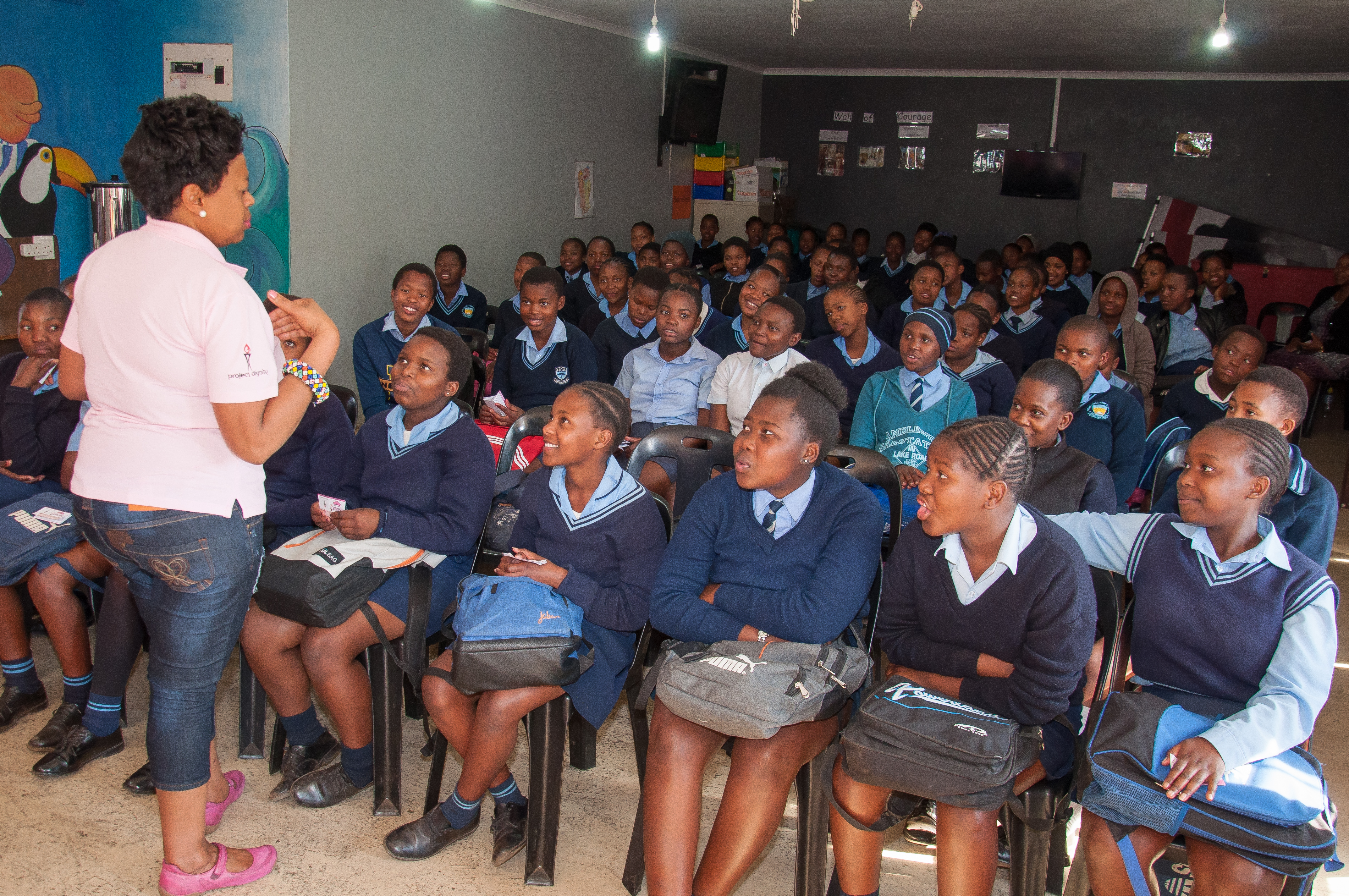