Welcome to Simon’s next diary installment of his recent Tanzania trip.

Today, in order to get to the gate that would take us down to the Ngorongoro Crater floor for exactly 6am, which is when it opens, we were up at 5am. When coupled with the free-flowing whisky the night before at Entamanu and an exceptionally comfortable bed, this proved challenging.

Even so, descending into the crater for the first time was extraordinary. On reflection, it’s amazing that so much wildlife can fit into this 100 mile2 area. But then again, is it any wonder in a place that helps support one of the largest animal migrations on earth, with some 72,000 zebras, 350,000 gazelles and over a million wildebeest passing through each year? And this wasn’t the half of it. Lions, rhinos, hyaenas, hippos, giraffe – it’s all here. This is what made it difficult to take a bad photograph.

Our visit was made all the more thrilling by the fact that from the moment we entered the gate I desperately needed the loo. I’d overdone the coffee back at Entamanu. It would have been beyond stupid to have chanced my luck along the way. On top of there being a lot of lion about, many were in heat. Mating lions leave the rest of the pride to copulate once every 15 minutes for about a week – something I wouldn’t like to happen upon on foot, particularly when going to the bathroom. My mind casts back to a similar scene in Jurassic Park, where a character makes a break for the loo as the t-rex bears down on him. That didn’t happen. I held on.

We made  a pit stop in an idyllic setting by a lake with a group of hippos basking in the heat of the day where we relieved ourselves and were rewarded with a hearty breakfast of bacon, egg, sausage and toast. Lesson: Tanzanian coffee may be delicious, but best to limit oneself before long game drives.

Apart from beating the traffic, one of the reasons for getting up so early was that we had been kindly invited to Asilia’s new camp for lunch. Quite a journey away, The Highlands faces outwards from the crater and is set on a steep hill. The dome shaped rooms look like something from an arctic-based sic-fi. The camp is 100% carbon neutral, using a solar plant and rainwater collected off tents. Any carbon produced is offset with Carbon Tanzania, who trade in carbon credits so that some of the forests that are certified as being at risk of deforestation, are bought up. Instead of being chopped for fire wood and farm land, they are left untouched and intact, continuing to soak up CO2 as part of the earth’s natural carbon cycle.

The lunch at The Highlands, a buffet of various salads, sauces, meats and cheeses all locally sourced, was provided and we made full use of the views over the Ngorongoro Highlands by the window. Everything was delicious.

After lunch, we had a slow and lazy afternoon, first stopping by &Beyond’s Crater Lodge and then later had our customary sundowners, which was made all the more beautiful and satisfying by the vigorous walk around part of the crater rim that had preceded it. We had been led by two local Maasai guides and spent the evening sharing beers and stories on a ridge overlooking the Serengeti. 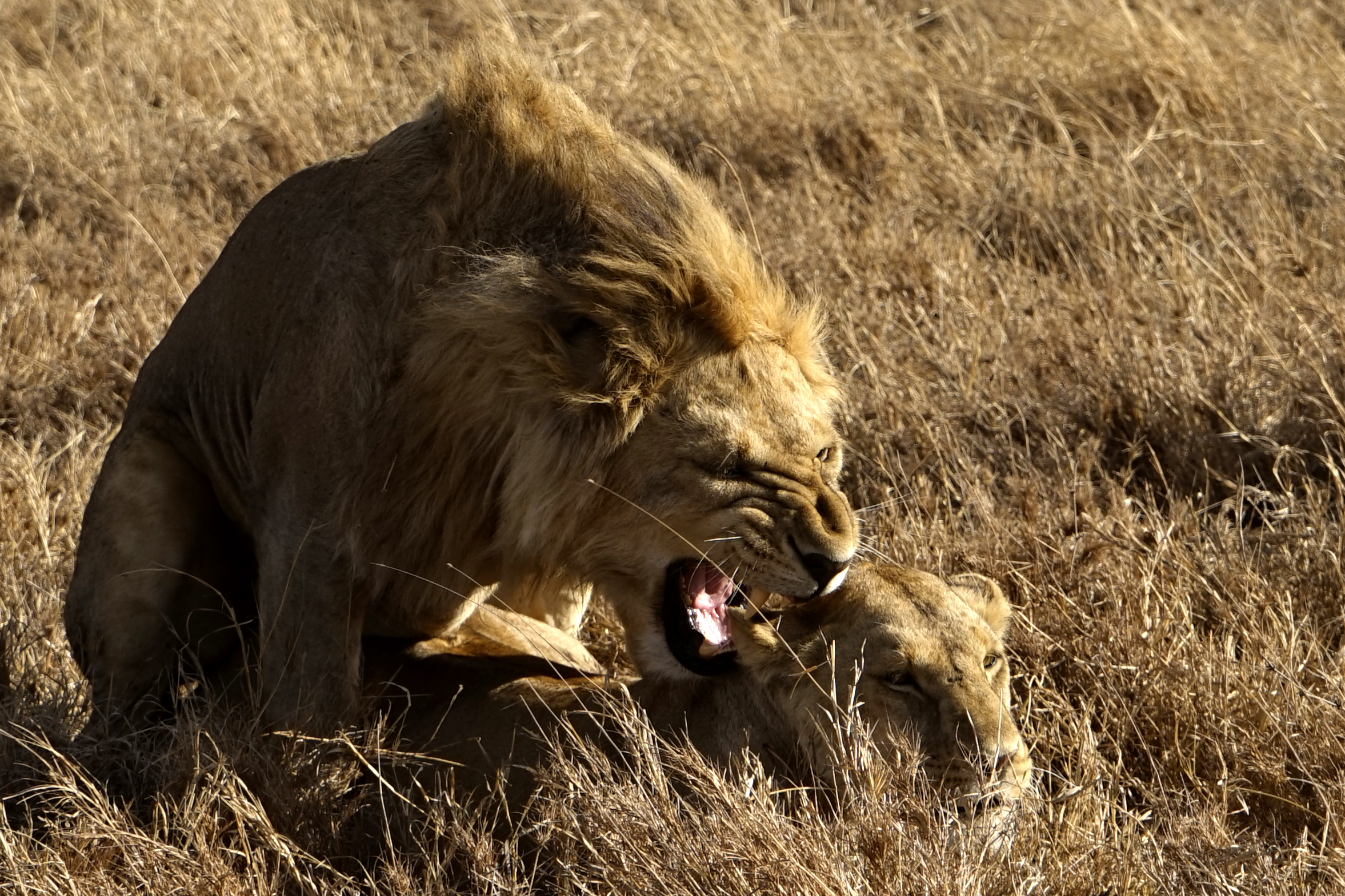