Last week I had the great fortune of spending time with one of the most unlikely people imaginable: Lale Biwa of the Kara Tribe, whose population is roughly 5,000. The Omo Valley, which is where Lale’s community lives, is often considered one of the wildest and least spoilt places on the planet. The quick way to get to Brighton from the Omo Valley requires a boat, truck, small plane, big plane and coach and about 20 good hours of one’s time.

Lale and Will Jones met more than 15 years ago on Will’s first trip into the Omo Valley and have worked together since. It also just so happens that from mid-September, my wife Harriet and I will be joining Lale to work alongside the Wild Expeditions team hosting at Lale’s Camp – so as to allow him to focus more on guiding and managing the Kara Community Farm Project, which just has US$ 20,000 more of the original US$100,000 to raise before it is up and running.

Lale coming to Brighton was a wonderful opportunity to meet and to reciprocate the kind hospitality he has shown by inviting us to live with him. Since it was Brighton’s busiest week, with three separate arts festivals happening, after taking him down to Africa House’s café for Monique to show him how we make coffee, I took him on a photographic, architectural, and gastronomical tour of the city. Eventually, this led us to Brighton’s Palace Pier where, despite my best efforts, I couldn’t convince him onto any of the rides. We did, however, blag a free go on the miniature historical Volks Railway Line.

My personal highlight was bumping into Laye, who runs Africa House café, and the two of them being persuaded into doing a TV interview on their opinion of the Brighton and Hove Albion football team’s manager being sacked, breaking news that day. Despite the fact that Laye didn’t know who the manager was and Lale didn’t know the team existed, the interview seemed to go swimmingly.

After our day out, Will and Lale held a London-based spur-of-the-moment fundraiser for the Kara Community Farm project, where they raised GB£15,000 to finish the project, plus a generous donation of art work by Anish Kapoor – which is why we’re $20,000 closer to our target. This morning Lale set off to begin the long journey from here to there, and one I look forward to doing in September.

Big thanks to Lale for coming to meet the team and spending time here in Brighton and all the best on the long journey home.Click here for more information on the Kara Community Farm project and how to donate. 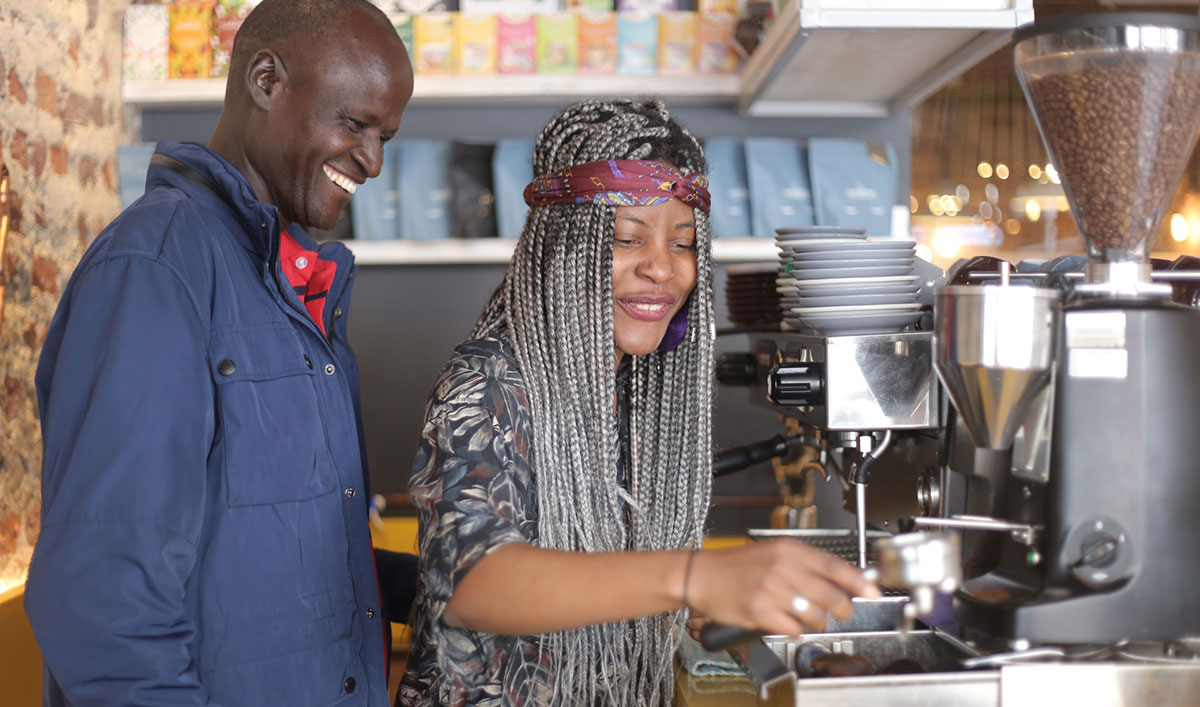