My apologies on the lateness for this one, but (finally) last week I had the pleasure of catching up with Jamie, who told me all about her trip to Kenya earlier on in the year. Among many a memorable moment, the trip included spending time with Ol Malo’s pet pig, Sausage, being tracked by anti-poaching dogs at Ekorian’s Mugie, and even taking a morning flight with Will Craig in his bi-plane at Lewa Wilderness.

The trip started in Nairobi stopping by the likes of Hemingways and Giraffe Manor, before driving to Nairobi National Park for a short, but pleasant stay, and a few drinks with Emakoko’s manager, Anthony Childs. ‘I definitely recommend staying here if you have one or two nights in Nairobi, it’s a delight to have a lodge like that on the city’s door-step.’

‘We then flew to Ekorian’s Mugie in Laipikia, which is a home away from home; just so welcoming. Some of my favourite experiences were here. We kayaked out to an island on this small lake for a picnic. It was so serene. This was the place that I got chased by bloodhounds too.’

One of the experiences at Ekorian’s Mugie includes taking some time to walk out into the bush with a guide, doing your utmost best to hide. The concession’s resident bloodhounds, which are trained to track poachers, are given your scent and they come sniffing after you. ‘When they catch up with you,’ Jamie explained, ‘they bark, rearing up to full height. Unnerving how good their sense of smell is.’ But also encouraging, I thought, in the face of some of the extremely advanced poaching methods used these days.

‘One thing I won’t forget in a hurry,’ adds Jamie, ‘was how apparent the drought was.’ Jamie had a stark reminder of the fragility of Africa’s climate when she crossed the border from the lush green inside the Ekorian’s concession to the practically desertified outside. At that time of year there had been severe drought for a prolonged period, which, in the past has caused conflict between those with varying interests.

In the interest of everyone, the herders had been allowed rare access to the concession in order to water their cattle until the rains came. ‘It’s a difficult balancing act, keeping an area protected, but allowing cattle to graze.’ As we saw in Glenn’s recent blog, it’s some of the world’s poorest and vulnerable that climate change has begun to affect. This may not be apparent from the comfort of an inner-city apartment, but the rains of Northern Kenya are clearly more sporadic and droughts are increasingly creeping in. ‘Thank goodness, it did eventually start chucking it down a few weeks after I left, but it is difficult to know how long that relief will last.’

‘From there we went to Ol Malo where we met Sausage, the friendliest pig you could ever meet. Ol Malo has stunning views and there’s this peak on the horizon that we decided to walk to before sunrise.’

She took me through the rest of the trip, which sounded like Journeys by Design’s ethos of ‘work hard play hard’ on tour. Chief among select highlights was the bi-plane flight with Will Craig. ‘It was an experience’, says Jamie, ‘that I will never forget. I felt extremely honoured that I was invited.’

The rest of the trip took Jamie down to the Mara, for some well-deserved R and R at Tangulia Mara, the first Maasai only owned camp in Kenya, run by the incredible Jackson Looseyia and Dominic Nchoe. The luxury of Mara Expedition was the last stop before finally back to Nairobi. So, there you have it. Jamie’s eye-opening educational. Kenya in 30 seconds. 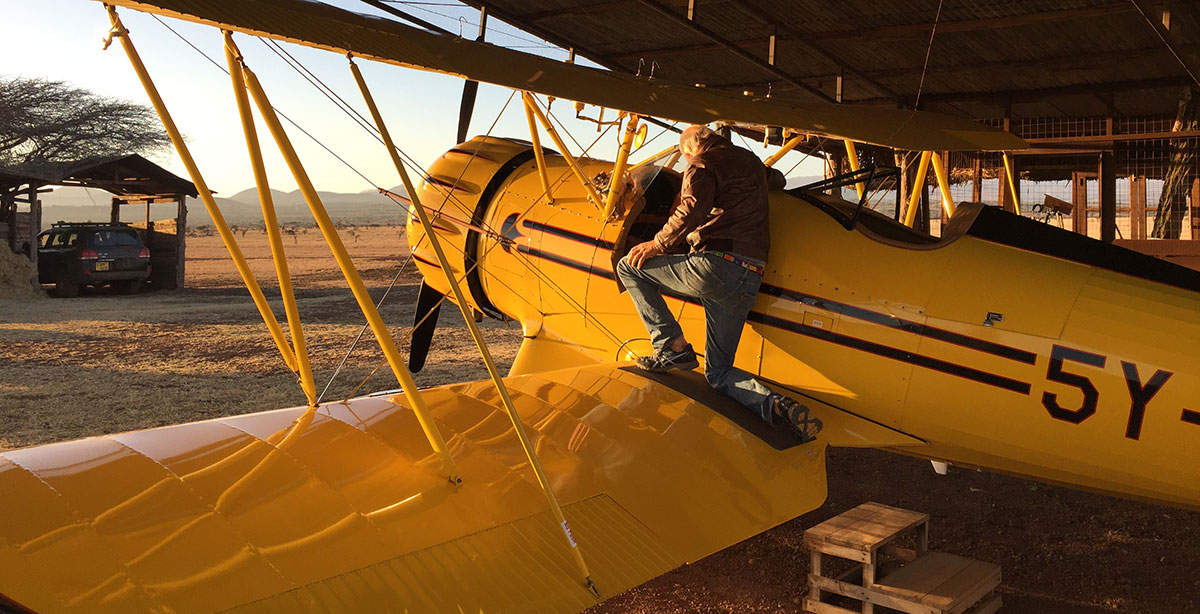