Earlier on this year, I was introduced to Greta Iori, International Wildlife Crime, Conservation and Sustainable Development Consultant. Sounds like – and is – a superhero. We met in a London café during weather at the time coined ‘the beast from the east’, turning an otherwise one-hour train ride home into a six-hour ordeal. A most memorable day.

A couple of months down the line and Greta came down to Brighton to share her incredible story with the Journeys by Design, Wild Philanthropy and Africa House teams. I sorted the food. Cooking for twenty people isn’t easy when you have a frankly impressive range of allergies knocking about left, right and centre, but I’m proud to say nobody got ill – in fact they were quite complimentary of my falafel and roasted veg.

Greta shared her story. Born to an Ethiopian mother and Italian father, she grew up in Ethiopia, and the wilderness had played a large role in her childhood. ‘Growing up in wild spaces was a very big part of my upbringing and I was brought up with very little so that now I can appreciate a lot. My father was adamant that we’d get to know our country before we grew up. So, we got to explore all over, a large part of which was spent at Lake Langano. Back then it was just a few houses and pretty wild!’

She told of the house they stayed in, listening to the calls of colobus monkeys and silvery cheeked hornbills – not too dissimilar from Will Jones’s own story. At some point her parents decided she and her brother needed proper schooling, so the free-spirited family pinned themselves down in Addis for a time so Greta could learn things like maths and other core subjects. ‘One of the things that resonated with me growing up was the impact of population growth in Ethiopia on the wild spaces that we used to be so fond of exploring, and why they were being encroached upon and destroyed.’

She explained how she wanted to go into a career one day that would help these wild places that she grew up to love. ‘Because back in 2006 there was no such thing as wildlife conservation and natural resource management as a study topic, after school I decided I would study tourism as an umbrella for the sort of things that I might like to do later on.’

Greta’s dissertation for her degree in International Tourism had her returning to the Simien Mountains, an area that as a child she travelled in quite a bit and as an adult, she found interesting conclusions relating to human and wildlife conflict. ‘I tracked down Nick Crane of Simien Lodge and said: Give me a job, I’ll manage your lodge, if I can do what I love, which is try and save this park, and he was kind enough to say yes. So I spent three years there, where I learnt about a lot of the bigger issues with regards to land management, such as corruption at a bigger level, land grabbing, resettlement and injustice of communities, especially as a lot of the communities weren’t benefitting from the ever-increasing tourism that was taking place.’

Greta furthered her studies focusing on transnational organised crime. At the time in 2014-15 it was the height of the rhino horn trade. Greta’s focus became South Africa and interested particularly in the militarisation of many anti-poaching units and arming everyone in the wild to protect wildlife. ‘I felt very strongly that it wasn’t considering how this might impact local communities living on the borders of these natural spaces. I looked deeper into this and focused specifically on how communities, private anti-poaching units, land-owners and governments in South Africa were engaging. As a result, I exposed some corruption and got evidence of high up individuals that were implicit in the rhino horn trade. That was as a direct result of the relationships I managed to build with local communities.’

One aspect of her thesis, she told us, had given her access to speak with poachers to understand the chain between these low-level criminals, who obviously don’t have links to international networks and trafficking gangs, and how some of this ivory made its way into the Far East.  ‘I learnt so much from them. Of course, they were criminals and they were doing things that go against my values, but I understood that they were just trying to make ends meet and put dinner on the table for their family. Understanding the relationships between governance and anti-poaching units and communities really exposed how there are so many loopholes in the system.’ Greta’s work exposed the work of land-owners who own huge amount of land with a lot of rhino and would hire private anti-poaching units – privatised and therefore not necessarily transparent – to patrolling the region while at the same time killing their own rhino to sell.

Greta also worked with the now celebrated Black Mambas – an unarmed and highly trained anti-poaching unit of women in South Africa who patrol the wild areas that border their community – long before they were known to the international community. ‘I realised after all this and my masters degree that it would be particularly difficult to find a job in this sort of thing, so I took a risk and started my own consultancy, to help conservation NGOs become more effective.’

For Greta’s first piece of work she was asked to be part of a team that looked at criminal justice interventions and the impact of these on private units and corruption at the very top, largely due to the discoveries made during her thesis in South Africa. ‘I was then hired by the United Nations Drugs and Crime office as an advisor for their wildlife crime units, so again my job was to bring into play the voices of the voiceless – those that may be forced into these jobs. I was also part of the official team that was consulting the government on the ivory ban for the UK and now as you know we’ve passed that ban, so I was quite proud of that!’

Greta’s work now is largely in Ethiopia. She currently works specifically on elephant populations. Being home to the most northern elephant population on the continent, it is an important stronghold, since the population of elephant in Ethiopia has declined over the last century from 100,000 to just under 2,000. ‘The potential for Ethiopia is huge. A lot of my work is in human-wildlife conflict and working with communities on education programmes for the youth and the elders. Despite what people think about elephants being gentle giants, they are not gentle. They are giant though and they can get very angry especially if you’re in their way or if they’re hungry and they don’t have access to food – and I’m talking from personal experience here – so we try and deter elephants from coming into contact with the ever-growing populations of Ethiopians.’

One project is in Chebera Churchura in Southern Ethiopia, the very same park I visited a few years ago and ended up climbing a giant fig tree to escape the entrance of 30 plus elephant. The morning that we left, there was a funeral procession for someone who had been killed by a buffalo the night before. The people’s relationship with wildlife here is very real. ‘We have started planting non-palatable food like pineapples as a buffer to try and stop elephants from entering the village. It’s very likely that the elephants would be too lazy to penetrate these. There’s more than enough food in the park, but they’re just like humans – they go to what’s easy and don’t want to work hard to get their wild fruits.’

Aside from working with Born Free in a big cat rehabilitation centre, with the National Intelligence Service and Interpol with ivory sniffer dogs, and on the ivory stockpiles of the country (five and half tonnes of which was burnt in 2015), this year Greta completed the first national community conservation strategy, which means that for the first time Ethiopia’s local communities will be included in park management plans. This is huge in the conservation arena and an encouraging step towards incentivising conservation in Ethiopia.

I can assure you there is much on the Greta Iori books for 2019, but I’ll stop there, since I’ve reached the present day as promised. If this sounds like a lot for one person to take on, you wouldn’t be far off. I happen to know that Greta has just had her first five-day holiday in over a year, touring the beautiful archipelagos of Zanzibar, and I do not envy her in the complex tasks she has on her plate. As I said, nothing less than superhero.

Which leaves me to say thank you to Greta to make the time to come down and share with us a deeply inspiring and fascinating story. Stay tuned next year for more on the life and times of Greta Iori. In the meantime, if you’re interested in an off-the-chart adventure, I recommend the aforementioned Chebera Churchura. Do get in touch. 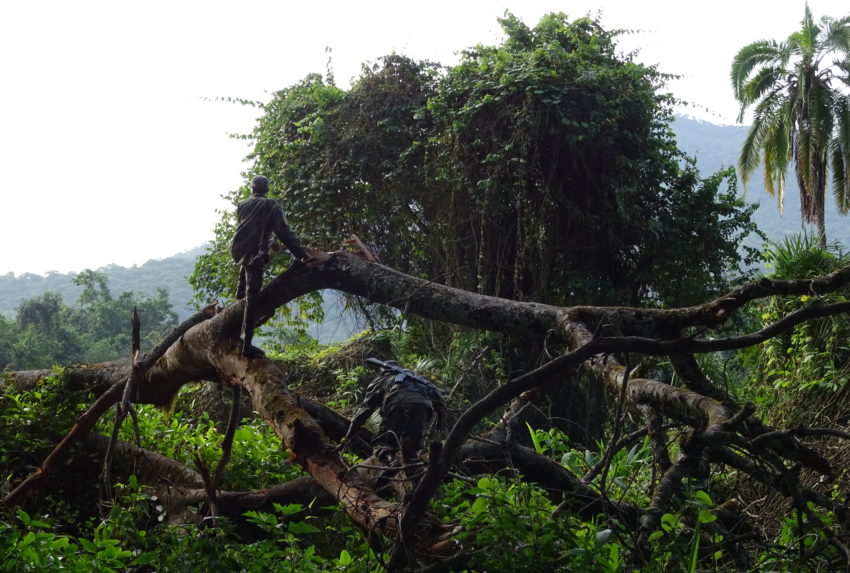