I was extremely sad to hear of the deaths of five Virunga National Park rangers and a staff driver last week. According to a report by the park they were attacked within Virunga’s Central Sector. A park spokesman placed the ambush between sectors Lulimba and Ishasha, where they were fired on in their vehicles at 6am. The identity of the killers is unknown, though the director of DRC’s parks Corma Wilungula is quoted as saying that they belong to one of eastern Congo’s MaiMai militia groups. The deaths bring the number of Virunga rangers killed in the line of duty to 175.

At 3000 square miles, a UNESCO world heritage site, and home to many of the world’s remaining mountain gorilla, Virunga is Africa’s oldest park, and is situated in an area that has historically – and intermittently continues to be – extremely volatile. Rwanda’s genocide (1994) and an ensuing civil war (1997 – 2003) displaced millions and saw the birth of competing militia. Rich in natural resources and minerals, illegal logging flourished, poaching increased, and organised, international oil speculators further muddied the waters. Virunga suffered terribly – and mountain gorilla numbers were decimated.

This positively dire situation was properly tackled in 2008/9 with the setting up of the Virunga Fund, a charity funded by private donors, the European Union, and the Congolese government, and which saw the appointment of Emmanuel de Merode as park director. Initiating a bold, sustainable economic plan, one that exploits the region’s natural energy resources, its tourist attractions, its fisheries, and its agro-industry potential, Virunga’s future was tagged to the success of the surrounding communities, a thinking enshrined in the founding of the Virunga Alliance in 2013, which aims to protect Virunga by fostering peace and prosperity for the ‘four million people who live within a day’s walk of the park’s borders.’

Key to all this was the establishing of a ranger force capable of operating in what is one of Africa’s most challenging conservation projects. Locally recruited, well-paid, and now respected in the community, the training for a position as a Virunga ranger is super rigorous. It involves endurance tests, survival skills, orienteering ability, and small arms capability, as well as all the usual training that would constitute the making of a great wildlife guide. Seen as being more than a job, the level of commitment required of a ranger means that just a reported 10% of applicants make it through training. The result: a rise in the numbers of mountain gorilla, the re-opening of the park in 2014, and the gradual realisation of the Alliance’s aims.

Unfortunately, and despite the Virunga Alliance’s success, the situation in the east has deteriorated significantly of late. The reasons as to why are complex, but the roots are to be found in the 1990s, and in the fact that central government is presently weak, that the forces of law and order are overwhelmed at best, corrupted at worst, and that there has been a significant reduction in international support on the ground. The US Department’s travel advice is ‘Level 3: Reconsider travel’, the Foreign Office advises ‘against all travel’, and Drum-Cussac – our own risk analysis manager – advises an overall risk rating of ‘high’. How long this will last is difficult to say, though I should say that the situation fluctuates considerably, and will change from locality to locality.

In the meantime, we continue to monitor eastern DRC closely, and to support in any way we can the work with the park and its rangers. Today, we remember the individuals who gave their lives for their community and the park and its animals. They are:

If you can, there are a number of ways to help, most obviously by way of donating to the Fallen Rangers Fund, which supports the families they left behind. If there’s anything else you would like to know, then please do get in touch, either with ourselves or with Virunga National Park itself. 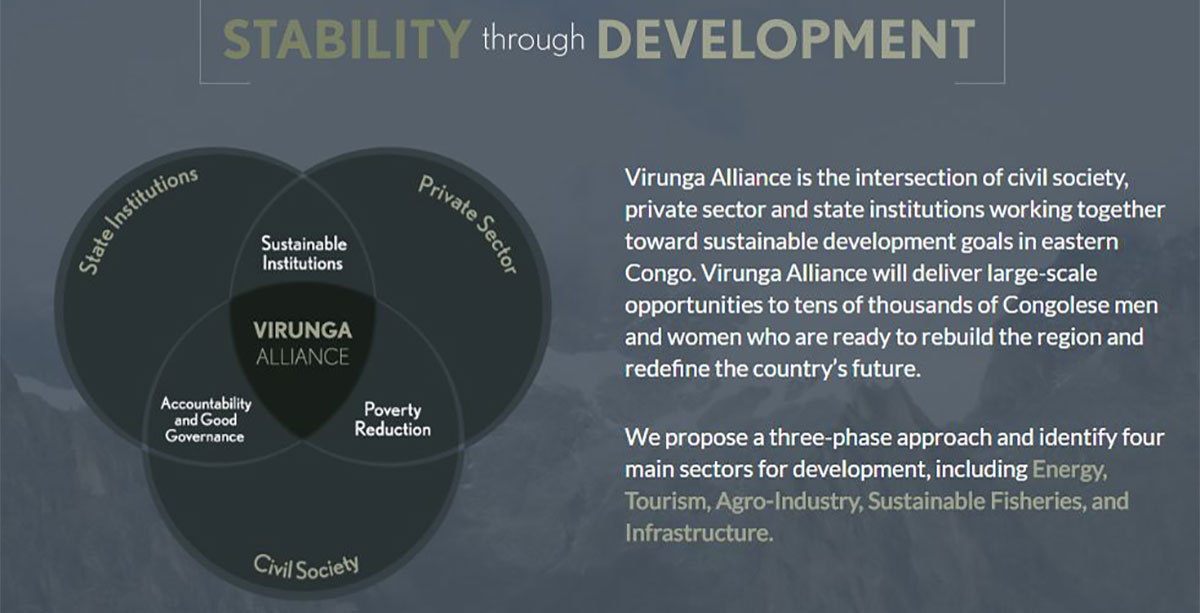