A very quick note highlighting An Expedition through one of Africa’s last great frontiers, a short travel round-up piece by Maria Shollenbarger, published last week in the FT’s How To Spend It, and which extols the virtues of travelling to the Omo.

It is short, but I’m really pleased that Shollenbarger managed to squeeze in mention of Wild Exeditions’s new Hamar fly-camp, conceived of in February, and which has already passed proof of concept, having hosted a group of agents at the end of the same month.

Most such camps would usually sit by the river, but when flying a client by helicopter across the Omo, we spotted the riverbed, investigated it a week later, and trialled the idea in the same month. Our guests walked out from Lale’s Camp, and were greeted by the Wild Expeditions crew, which had driven the camp – lock, stock and barrel – out the same day, and taken the morning to set up. As well as the walk, spending time in camp, eating, drinking and investigating the surrounds, they got to visit the nearby Hamar.

As an experience, it borrows, as Shollenbarger notes, from camps in Namibia, from Jack’s Camp, and from Kichaka, and is very reminiscent of the fly-camps in Sera, in Kenya. The idea of setting an unobtrusive and impermanent camp close to one or more of the Omo’s tribes allows the host community to engage – culturally, economically – with guests on its own terms, while the experience for the visitor, as any who have been will testify, is real and hugely rewarding.

As far as I know, as a concept, it’s a first for Ethiopia, and fits extremely well with our efforts to travel responsibly, to leave absolutely nothing of our presence, to ensure that the host community benefits significantly, and to demonstrate to all the hidden value in preserving wildernesses such as the Omo. 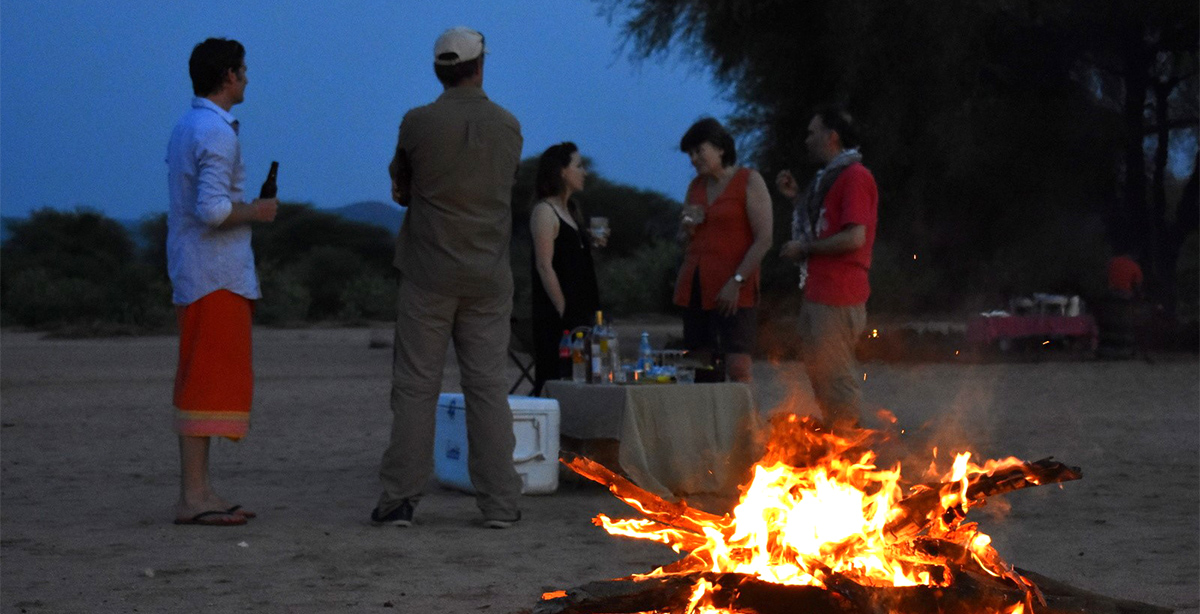